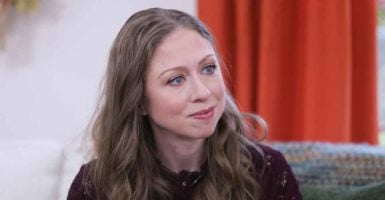 I recently joined the board of the Leadership Institute, which sponsors Campus Reform, an important website for college news. Campus Reform is a “watchdog to the nation’s higher education system,” exposing bias and abuse on college campuses.

American universities have too often dangerously devolved into institutions of political indoctrination rather than institutions of higher learning. According to one recent study of the 60 highest-rated liberal arts colleges in the nation, more than 10 professors are registered Democrats for every registered Republican.

Campus Reform monitors universities in hopes of keeping speech free and maintaining vestiges of the pursuit of truth.

Politicization of universities is indicative of a nation that has lost a sense that there is truth and that it is incumbent upon man to seek it, grasp it, live by it, and use it to improve our world.

Students now show up at universities already armed with what they have accepted uncritically as true—gleaned from the internet, Hollywood, and other fertile corners of popular culture. Universities simply serve as platforms for them to advance their political agendas and get official stamps of approval for their careers.

A recent example is the pathetic display of two New York University students who cornered Chelsea Clinton at a vigil noting the tragedy of the murder of 50 Muslims in New Zealand.

They stuck accusing fingers in Clinton’s face, claiming that her condemnation of the anti-Semitism of Rep. Ilhan Omar, D-Minn., somehow fueled anti-Muslim bigotry and contributed to what resulted in the massacre of innocent Muslims in New Zealand.

According to these ignorant young accusers, Clinton’s criticism of Omar was about being anti-Muslim, anti-black, and misogynist.

Back in 1963, Dr. Martin Luther King Jr. gave his most famous speech, in which he shared, “I have a dream that my four little children will one day live in a nation where they will not be judged by the color of their skin but by the content of their character.”

In a very strange turn of history, after that great struggle to fix what was broken in America and make this a greater, more just country, we have gone backward.

The color of one’s skin, one’s sex, one’s ethnicity, one’s religious heritage, and the kind of sexual partners one chooses have become the only things that matter in today’s popular left-wing culture.

Content of character and quality of thought—core requirements of a responsible citizen in a free country—no longer matter in our bizarre world gone crazy.

Clinton said nothing about Omar’s race, sex, or religion. She only criticized, very legitimately, Omar’s slanted and distorted take on Israel and the source of its support in America.

Somehow today, appreciating that America is a uniquely great nation invites the label from this same left-wing crowd, “white supremacist”—which, as a black woman, I find amusing.

The retreat into labels, identity politics, is the lazy man’s formula for justice. To study, work, learn, understand, and be humble is hard work. Resorting to politics and slogans—pointing responsibility everywhere except upon oneself—is so easy. It has become so popular because it appeals to the worst in man.

The blessing of America is the Judeo-Christian principles on which it was founded.

There is no freedom without personal responsibility, without humility, without reverence for the sanctity of life and without knowledge that every human being is unique and created in the image of God.

The Ten Commandments prohibit theft and envy, the pillars of socialism—using political power to seize and redistribute private property—which the highly politicized left-wing crowd so loves.

Despite the wide success in burying the truth in today’s popular culture, it still shines in many corners of America.