Ditch the Electoral College, and Small States Will Suffer 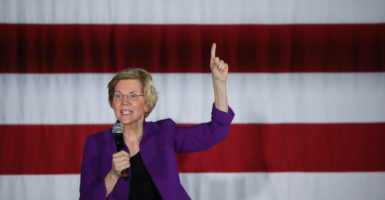 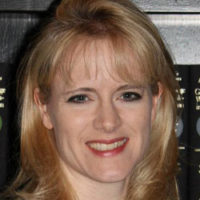 “As Maine goes, so goes Vermont.”

That’s what Franklin D. Roosevelt’s campaign manager famously joked in 1936 after Roosevelt, a Democrat, won re-election as president in a massive landslide.

It was a catchy line, oft-repeated—but it was also a joke. It referenced Maine’s long-standing reputation at the time for accurately predicting presidential elections based on its own governor’s races, which had given rise to the widely used phrase “As Maine goes, so goes the nation.”

Vermont may have voted the same way as Maine, but no one really thought Vermont would blindly follow Maine’s lead and trust it to do the right thing.

Unfortunately, that’s exactly what many on the left are proposing should happen. An anti-Electoral College effort working its way through state legislatures would ensure that some states would never be allowed to think for themselves.

The National Popular Vote Interstate Compact would require signatory states to award their presidential electors to the winner of the national popular vote—regardless of which candidate won within their own borders.

This plan is gaining support on the left. Just this week, Sen. Elizabeth Warren, D-Mass., announced at a CNN town hall event that she supports abolishing the Electoral College. Rep. Alexandria Ocasio-Cortez, D-N.Y., has also openly opposed the Electoral College, calling it “a shadow of slavery’s power.” (She’s completely wrong about that.)

Twelve states plus the District of Columbia (with a combined total of 181 electors) have already agreed to the National Popular Vote Interstate Compact. That number includes Colorado, which just joined the effort on March 15. Two additional states—New Mexico and Delaware—are gubernatorial signatures away from joining the effort.

The compact would go into effect when 270 electors—enough to win the presidency—are committed to its terms.

At its heart, the National Popular Vote proposal is as strange as expecting Vermont to concede its votes to Maine. The organization claims that voters across America should be able to dictate who Delaware electors cast their Electoral College votes for—even if Delaware voters vehemently oppose the candidate who won the popular vote.

How odd. Would Delaware allow Texas voters to select its two senators? Would such an abdication of responsibility even be legal? Could California voters choose New Mexico’s governor? Would it be permissible for Florida voters to cast ballots for all statewide officers in Colorado? What if Delaware’s U.S. senators were somehow bound to vote on the border wall exactly as Texas’ senators do?

These examples are ridiculous, but no more so than the National Popular Vote compact. Votes cast in California should have no bearing on how Delaware’s electors vote. Those individuals hold statewide office in Delaware. Their single constitutional duty—and their public trust—is to represent their own state in the presidential election.

Worse yet, the compact could even force Delaware to award its electoral votes to a presidential candidate who doesn’t qualify for the ballot in Delaware. Each state, after all, has its own rules for ballot qualification.

What if a candidate chose to ignore small states like Delaware and purposefully catered to other regions like the South or the West? Under the compact, Delaware would have to award its own electors to such a candidate if he or she wins the national popular vote, even after ignoring the interests of Delaware.

Why should Texas and California voters get to boss Delaware around like that? No one would dream of allowing it in any other statewide election.

The answer, of course, is that National Popular Vote supporters are desperate. They want to eliminate the Electoral College, but they know they cannot meet the supermajority requirements in the Article V constitutional amendment process.

They hope to get their way—albeit, indirectly at first. In honest moments, they also concede their real goal: They believe that a formal amendment eliminating the Electoral College would be the logical consequence of the compact.

“We’re just trying to get past the initial inertia,” John Koza, the founder of National Popular Vote, told a reporter in 2008.

How far the country has fallen. In 1787, Delaware never would have considered such a meek submission to the preferences of large state voters.

“I do not, gentlemen, trust you,” Delaware Delegate Gunning Bedford memorably blasted at the large-state delegates during the Constitutional Convention. “If you possess the power, the abuse of it could not be checked; and what then would prevent you from exercising it to our destruction?”

He’d surely be puzzled to find that Delaware legislators today have turned that principle on its head: They now meekly follow and trust, hoping that “As California goes, so goes Delaware” will work out well.