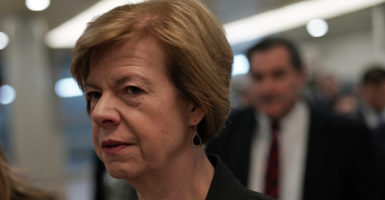 Increasing taxes on investment is always a bad idea, and that’s exactly what a new bill in Congress aims to do. Sen. Tammy Baldwin, D-Wis., and Rep. Bill Pascrell Jr., R-N.J., want to increase taxes on investments that support businesses and jobs all across in America.

The Carried Interest Fairness Act of 2019 is simply the regurgitation of a talking point that has been around for more than a decade: Hedge fund billionaires are gaming the system to screw the little guy. This year, we can simply add it to the pile of proposals to further increase taxes on the “rich,” those who already pay the lion’s share of income taxes.

The overheated rhetoric used by reformers claims the lower tax rate is “one of the most egregious loopholes in the federal tax code.” Like most things in tax policy, they dramatically overstate and oversimplify the issue.

Carried interest ultimately boils down to how the tax code defines labor income and investment income. The U.S. tax system taxes income from saving and investment twice: once when you earn it as wages, and a second time when your investments grow and you choose to save and invest these earnings. This system makes it more expensive to invest in the future instead of spending your money today, which reduces overall investment and economic growth.

Our tax code’s built-in bias against saving for the future is partially mitigated by having a lower tax rate on capital gains and dividends. The top rate on investment earnings is 20 percent in contrast to the top income tax rate of 37 percent. This is a pro-growth feature of our tax code, not a loophole.

Whether or not you think carried interest is different than a traditional capital gain ultimately comes down to what you think the difference is between wage and investment income—a blurry line that is only necessary in our poorly structured income tax regime.

Many investment managers are compensated with both a traditional wage and some incentive-based compensation based on the profits from their investments. The portion of the investment earnings shared with the manager is known as “carried interest” and helps make sure the person investing your money is incentivized to manage it as best she can.

In a report from 2007, Stuart Butler, then-Heritage Foundation economic policy director, described how new taxes on investment “would not only threaten the economy generally[,] but would also jeopardize a particularly important and crucial part of the entrepreneurial economy: capital-intensive firms that take the risk of investing in and restructuring underperforming enterprises and putting them onto a sound footing.”

For those looking for new tax revenue, it is important to remember that in the grand scheme of the U.S. tax code, carried interest is small potatoes. It would raise very little revenue with potentially large economic costs.

Ending more important and actual tax preferences, like the exclusion of interest on state and local bonds or the corporate subsidy for low-income housing, would represent constructive reforms to the tax code, while also meeting the goals of raising taxes on high-income taxpayers. The new revenue should be used to lower tax rates for everyone.

If proponents of treating carried interest as wages were serious about designing a fair system, labor costs associated with management services should be deductible to the investment partners, lowering their taxable income. Proposals to tax carried interest always ignore this crucial wage deduction, choosing only to focus on raising revenue.

By one account, if wage deductions were allowed, the proposal “would likely be a slight decline in total tax revenues.”

Haphazardly imposed new taxes on carried interest is a bad idea that will harm the economy and not raise much revenue. As is often the case, new ways to raise taxes on the rich come at the expense of all of us who rely on new investment for our jobs, higher wages, and greater economic opportunity.