‘Attention Engineering’: Why We Suffer in the Social Media Economy 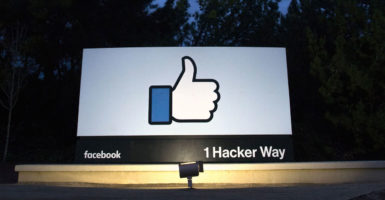 As it stands, the average human attention span is shorter than that of a goldfish. And that’s alarming.

Ever wonder why a goldfish seems perfectly comfortable living out its life in a space the size of a salad bowl? By comparison, that would equal a human being living his or her entire life in a 700-square-foot one-room apartment.

Seems like torture, right? Well, for a goldfish, the small bowl seems endlessly fascinating. That’s because a goldfish’s attention span is roughly nine seconds. By the time it swims from one edge of the bowl to the other, it has forgotten it was just on the other side of the bowl. So it swims back, forgetting, of course, where it came from … and so on and so forth for its entire life.

Human beings, by contrast, generally crave freedom and variety. They want to explore the world around them and even roam the universe. Human beings, though, also want convenience. We don’t want to grow our food and wait for it to cook. We want to call up Domino’s and have it delivered in under 30 minutes. While we crave adventure, we are also suckers for instantaneous satisfaction.

Social media companies use this very feature of human nature—our desire for instant satisfaction—to keep us in metaphorical goldfish bowls.

Consider the fact that Facebook’s entire corporate headquarters takes up roughly 1 million square feet. The surface area of the entire planet, by contrast, is about 197 million square miles. And yet, metaphorically speaking, almost a quarter of the world’s population, over 1.7 billion people, are technically “on” Facebook.

As of 2017, users consumed social media for an average of 137 minutes per day (up from 126 minutes per day in 2016). So, for the sake of exercise, imagine that close to 2 billion people spent two hours each day in a space roughly one-millionth (that is 0.000001) the size of the entire planet.

Seems a bit crowded, right? Feel the sides of the fishbowl creeping up yet?

This is becoming a real problem, as people are increasingly living their lives in a virtual media environment.

People are ignoring real-world responsibilities (like their jobs and their families), they are falling victim to frauds of all sorts (catfishing, Nigerian financial scams), and they are tailoring their very lives to a set of curated experiences that they can share online in order to grab attention. (Think the young couple who recently fell to their deaths while taking selfies at the Grand Canyon for their Instagram travel vlog.)

Most people wrongly assume that their social media usage is “free.” That is, we assume that after we’ve paid for the internet, it doesn’t cost more the more media we consume. But this is far from the truth—as media platform owners and advertisers can attest to.

While you may think you’re watching a free cute cat video with your significant other, the content provider and the platform provider are busy concocting novel ways to transform your passive attention into impulsive action. You may think that you ignored the advertisement for that new back massage gadget that interrupted your cute little cat video, but in reality, you didn’t. It got your attention passively, unconsciously.

And for the next few weeks, that very same advertisement seems to track you around the internet—whether you’re on a cooking website looking for dinner inspiration or communicating with a friend on Facebook.

Hey, that was a neat trick, right?

It is a neat trick, and one of the more obvious ways that companies use to drive what they call “user engagement”—just a fancy term for grabbing your attention. By now, many companies have eschewed the term for the much more potent phrase “attention engineering.”

This type of engineering is much like that which a civil engineer uses to design a bridge. It starts with understanding the forces at work—in this case, the psychological drivers of human cognition and decision-making.

One of the main ways social media does this is by constantly interrupting us in very small ways … at first. The five-second ad preview that precedes some YouTube videos is a good example. Companies not only know whether you skipped the ad, but also how long you waited before skipping it—one second, two seconds, 10 seconds, etc.

Based on that, they know how “engaged” you were in their content. And they know it in real time. They can adapt new strategies to engage you a few seconds longer next time. They can follow you across all your daily internet use to reinforce their branding and messaging … until you finally make the unconscious decision to buy.

The problem is that attention, like willpower, is a finite resource. Although many of us in the social media era believe ourselves to be masterful multitaskers, we are not.

Attention is a zero-sum game. When we are paying attention to one thing, we are not paying attention to another thing. Although it may seem as though we can walk and chew gum at the same time, in actuality, we bite down on the Juicy Fruit in between strides.

All this is fine when it comes to low-stakes activities such as walking (in some instances) and chewing gum. But what about when we need to take advantage of our full mental powers?

It does us very little good to have the mindset of goldfish when our lives are demanding we perform at a far higher level of consciousness.