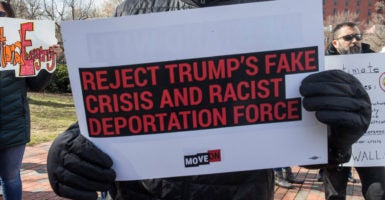 Sixteen states have announced they’re filing a lawsuit against President Donald Trump’s national emergency declaration. The Heritage Foundation’s John Malcolm, an expert in legal affairs, joins us to discuss what will likely happen as the case winds through the courts. Plus: A CBS reporter says the media is biased.