The Tremendous Power of Transgender Ideologues 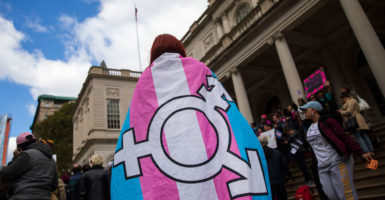 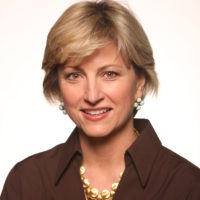 Transgender ideologues have tremendous power in our culture, and they’re wielding it against the least powerful. If children and their families can survive the pill-pushing gender clinicians, they still have to face the virtue-signaling politicians and their speech bans.

It’s the Hotel Transgender: You can check in, but you can never leave.

Last week I attended a panel of feminists, self-identified lesbians, and former trans-identified people at The Heritage Foundation, all speaking against the transgender agenda.

It was standing room only. The stories of what this movement is doing to women and children—and young men—are utterly horrifying. I challenge any mother to listen to these stories without crying.

Their stories are tragically familiar. Experts tell parents they must affirm their children’s sex confusion and put them on puberty blockers to “buy them time” to explore their true identity. This is now the default position. But “buying time” is a line no parent should buy.

Anecdotal stories abound of puberty blockers being the first step in an inevitable march toward the transsexual life. In the only study to date following gender dysphoric children who were socially affirmed and put on puberty blockers, 100 percent of the children continued to identify as transgender, and pursued further sex-change interventions.

One. Hundred. Percent. This stands in stark contrast to gender dsyphoric children who are allowed to go through puberty naturally. The American Psychiatric Association reports that up to 97.8 percent of boys and 88 percent of girls experience an end to their sex confusion and do not end up identifying as transgender adults.

Putting kids on puberty blockers does not let them choose anything. It makes the choice for them.

Why are adolescents suddenly announcing they’re in the wrong body? Dr. Lisa Littman of Brown University examined this question in her study of hundreds of cases of rapid-onset gender dysphoria. She reported her findings in a peer-reviewed study that transgender ideologues tried (somewhat successfully) to squelch.

Some teens are rejecting their physical bodies because of trauma (like rape) and psychiatric distress (like abuse), but these influences are routinely ignored by gender specialists in their zeal to further the trans agenda. But the most eye-opening part of the study is the outsized role of social media and peer pressure in this phenomenon. The stories reported by Littman are tragic.

How do we help suffering kids who find themselves sucked into this dangerous “social contagion”? Trans activists are making sure we can’t help them at all.

They have persuaded 15 states and the District of Columbia to pass laws outlawing talk therapy for teens who want to stop feeling they were born in the wrong body. These therapy bans, originally designed to deny help for kids who seek talk therapy to end unwanted same-sex attractions, have now been expanded to deny help for kids who want to accept their biological reality. New York is the latest to join this list.

The impact of these laws is nothing short of cruel. If a girl suffers from sex confusion, if she wants to find happiness living as a female, she has nowhere to turn.

But if she wants help living as a man, that she can find. The trans lobbyists made sure of that. These laws specifically allow “counseling for a person seeking to transition from one gender to another.”

Choose the right identity, children, otherwise the government won’t let you have a therapist.

That’s the transgender movement today. You can check in, but you can never leave.