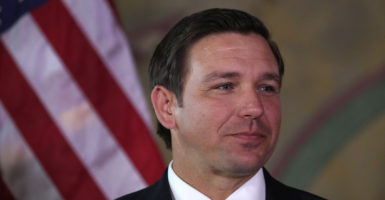 “I’m here to say when you complained about Common Core, I hear you, I told you I’d do something about it, and today we are acting to bring those promises into a reality,” says Florida Gov. Ron DeSantis. (Photo: Joe Raedle/Getty Images)

The day before Florida Gov. Ron DeSantis introduced his $91.3 billion budget request for fiscal year 2020, which includes $21.7 billion for education programs, he issued an executive order to do away with “vestiges” of Common Core standards, “streamline” standardized testing, and revise the state’s educational curriculum.

He said among the most frequent issues voters asked him to address during the gubernatorial campaign was their frustration with Common Core academic standards—especially its “confusing” math requirements—and its standardized testing program.

“I’m here to say when you complained about Common Core, I hear you, I told you I’d do something about it, and today we are acting to bring those promises into a reality,” DeSantis said.

The 2010 Common Core State Standards Initiative spells out what K–12 students throughout the U.S. should know in English and mathematics at the conclusion of each school grade.

The initiative was sponsored by the National Governors Association and the Council of Chief State School Officers and was an attempt to establish consistent educational standards across all 50 states and territories.

The standards were developed by officials in 48 states and have been adopted by 41 states and the District of Columbia.

From its beginning, Common Core has been vigorously criticized and challenged, especially by Republican voters and elected officials, and especially in Florida.

In 2014, at the direction of then-Gov. Rick Scott, the Florida Board of Education adopted the Florida Standards, which changed some components of Common Core but left “vestiges” intact.

Those “vestiges” mostly relate to Common Core’s rigorous schedule of standardized testing that have drawn widespread criticism not only from lawmakers of both parties, but by educators.

DeSantis said his executive order also calls for Corcoran to “streamline some of the testing” and “identify ways to really make civics education a priority in Florida.”

Corcoran, who also spoke at the press conference, eagerly accepted DeSantis’ directive, claiming Florida has been “stuck with Common Core,” which “needs to be scrutinized.”

In a later tweet, Corcoran called DeSantis “the boldest, #1 education Governor in the nation” and vowed that Florida “will have the best standards, best civics education, and be the most literate state in the nation!”

DeSantis’ plan was lauded by Fedrick Ingram, president of the Florida Education Association, the statewide teachers union, which has rarely agreed with the state’s Republican leaders on educational matters.

“A deliberate look at what students must know is always appropriate, and it’s very encouraging to hear that Gov. DeSantis and Commissioner Corcoran plan to bring teachers and parents to the table as they go about reshaping Florida’s standards,” Ingram said in a statement. “We’re also pleased to hear that the administration will look at streamlining testing. Parents and our members cite time spent on testing—as versus on genuine teaching and learning—as one of their top concerns. If all stakeholders are heard, we have confidence that this effort can improve public education in Florida.”

But getting rid of Common Core will be easier said than done.

“We also know that he will be up against a very entrenched corporate and political establishment that is very much in favor of keeping these standards. So we look forward to helping him fight that battle,” she wrote.

This article was originally published on Watchdog.org 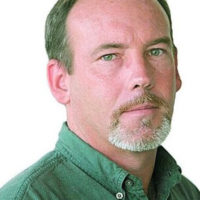