Alexandria Ocasio-Cortez Wants to Raise Taxes Drastically. Here’s Why It Would Backfire. 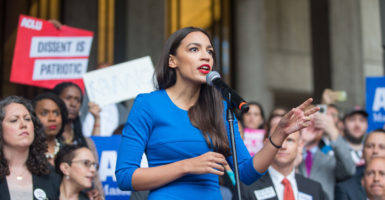 Depending on who you listen to, the recent proposal by Rep. Alexandria Ocasio-Cortez, D-N.Y., to increase marginal income tax rates to 70 percent is either the craziest thing that has ever been proposed or a sober proposal that does not go far enough.

Historically, 70 percent tax rates were relatively normal in the U.S. Between 1951 and 1963, for example, Americans in the top income tax bracket were taxed at over 90 percent, although that top rate was only paid by a handful of people.

Ocasio-Cortez points to this period as a precedent to return to. But those excessively high tax rates were followed by tax cuts that helped lift the economy in the late 20th century. That necessary shift provides compelling evidence that lower tax rates, even on the rich, are better for everyone.

And that wasn’t the first time tax cuts proved a major success. In the 1920s, tax rates were cut from 71 percent to 24 percent, and the economy grew by a massive 59 percent. In the early 1930s, top rates were raised back to 63 percent, but the Great Depression persisted through the end of the decade.

President John F. Kennedy lowered the top rate in the 1960s, and President Ronald Reagan lowered it again in the 1980s. Both of these tax cuts were followed by two of the longest economic expansions in our history.

Although tax policy is not always the cause, nor the only solution to all economic cycles, the strong correlation between high taxes and poor economic performance is compelling evidence that high taxes are not good policy.

Moreover, higher taxes often fail to achieve their basic goal of raising more revenue. High tax rates give people reason to work less and avoid taxes more. When people work less or simply decide to report less income, the government collects less revenue and the economy as a whole is smaller than it would have been without the tax hike.

We can see this reflected in raw numbers. Even though top marginal income tax rates have ranged widely from 91 percent to 28 percent over the past 50 years, tax revenue as a share of the economy hasn’t actually changed much. 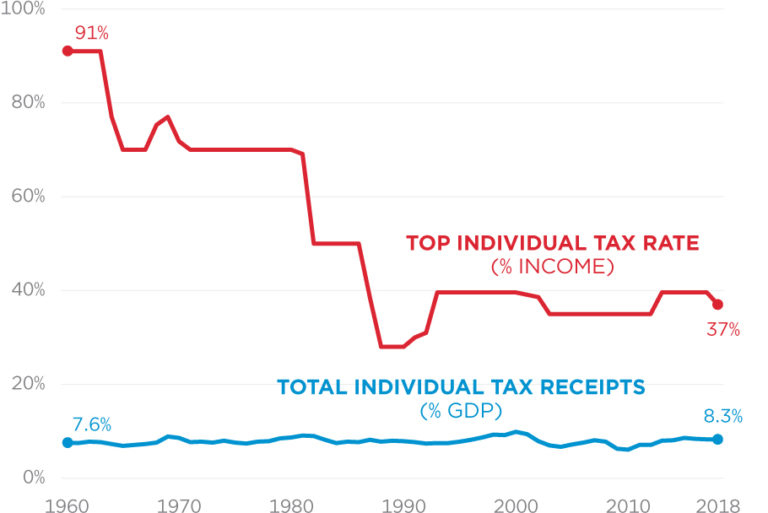 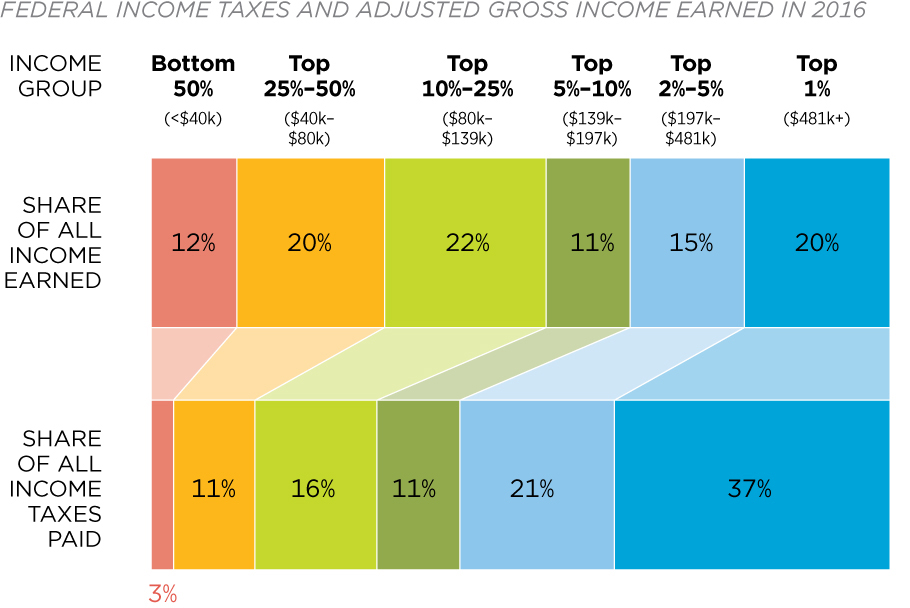 Ocasio-Cortez and other self-described “democratic socialists” point to Sweden and Denmark as an example of “fair share” taxation. But the top marginal tax rate that she proposes—70 percent—would be high even for those countries, where the highest tax rates barely reach 60 percent.

And in Denmark, for example, it is not just the rich who pay the top rate of 60 percent. All income earners who bring in roughly over $60,000 are taxed at the highest rate. That’s hardly the “1 percent.”

Even if a 70 percent tax rate was the appropriate way to maximize revenue, which it isn’t, we should question whether maximizing revenue is a proper goal for governments as a matter of policy. Wouldn’t we want government to tax as little as is needed to provide essential governmental functions, rather than milking as much money from the taxpayer as possible?

A better course of action is for Washington to let people of all incomes keep more of the money they earn—to spend, save, and invest for themselves, their family, and their local communities. Keeping more money in the economy will also create more opportunity and more sustainable jobs than growing the governmental sector. Governments are prone to waste, bureaucratic inefficiency, and simply can’t spend your money as wisely as you can.

There’s a reason both Republican and Democratic presidents and Congresses have seen fit to cut taxes repeatedly. They are good for both the economy and for ordinary taxpayers, as we’ve seen in just the last year in the wake of the 2017 tax cuts.

Now is the time to keep the progress going. Bringing back sky-high tax rates is a terrible idea, and our past experiment with such high tax rates should remain a relic of the past.