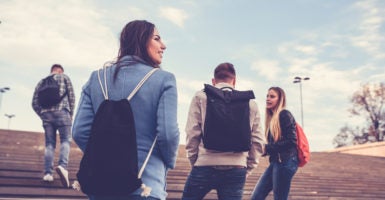 "It was a personal decision, but an important one, to decide to stand up for unpopular opinions on campus," writes Brianna Mirabile. (Photo: leksandarGeorgiev/Getty Images) 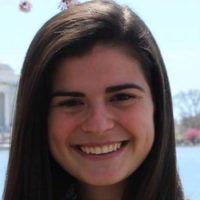 “I’m not usually friends with Republicans, but I guess I’ll make an exception for you.”

The words were said in jest to me, but I knew there was truth in them. They confirmed my biggest fear, going into my freshman year of college—that my conservatism would create a barrier to forming true and lasting friendships.

When I arrived on campus, I danced around the topic of politics in conversation, but it was difficult.

For students at the George Washington University in Washington, D.C., politics is the driving force behind a lot of social engagement.

Making matters worse, my first year in college came as animosity and division over the election of President Donald Trump was palpable not only on campus, but across the nation.

With that, I stayed silent as disparaging jokes were made about Republicans. I didn’t raise my hand in class during political discussions for fear of being ostracized by my peers and penalized by my professors.

When peers asked me about myself, I avoided talking about politics. I was so careful, I didn’t find out one of my roommates was conservative until mid-October.

But the situation more than nagged at me. As time wore on, I realized my behavior was unsustainable. I knew I was not being my true self. Politics is infused into the social atmosphere at my college, and all too often I was forced to bite my tongue or keep new friends at arm’s length.

I decided I was not going to let a hostile political environment control my college experience.

I started to make some changes. First and foremost, I sought out and connected with groups I knew shared my beliefs, including the College Republicans and the Network of enlightened Women.

Over time, I came to understand that I let my fears mislead me, hold me back, and stop me from engaging with other students in the way I wanted. I began to speak up. I started to defend my beliefs.

By the end of my freshman year and throughout my sophomore year, I grew and evolved by engaging in courageous conversations with peers and professors.

It was a personal decision, but an important one, to decide to stand up for unpopular opinions on campus. I became unwilling to be cowed into silence by those who use personal attacks instead of facts to defend their positions.

As a conservative woman, I am confident, sure of who I am and what I believe—and why.

Speaking up against the tide of political correctness and emotion-based rhetoric on campus is a hurdle—especially for freshmen—in a world where defending the Constitution, free markets, and individual liberty is no longer considered an intellectually honest position on campus, but instead one that brands someone as “heartless.”

Taking conservative political positions has been transformed into a sign of moral depravation by the left.

That’s why freshmen are so fearful to speak up. They arrive on campus to make new and possibly lifelong friends, and instead are cowed into silence for fear of being “othered” and bullied. It’s something I faced, and I know many others do, too.

One of the most harmful narratives pushed by the campus left is that conservatives are morally bankrupt. That is why so-called “social justice warriors” don’t try to get to know who we are and why we support certain positions.

On campus and beyond, conservatives need to stand up to this poisonous narrative. We need to be open about our beliefs and show how proud we are that our ideas have been proven to help people.

As a leader of my campus chapter of the Network of enlightened Women, I encourage my conservative female friends who face the same battles I did to stand strong, be brave, and resist the temptation to temper our beliefs out of fear of social rejection.

That’s easier for me today as a junior with a solid base of friends, which is why connecting with other like-minded friends is a key component of standing one’s ground in college.

My advice to freshmen? First, recognize your political beliefs are nothing to be ashamed of, and anyone who thinks otherwise is not worth your investment.

Second, join campus groups that can back you up. For me, the Network of enlightened Women has provided a great social base of women who share my beliefs, and much of my confidence in owning my conservatism came from the friendship and mentorship I received from the network’s president my freshman year.

Finally, engage in dialogue with others who don’t share your beliefs, especially those who have been manipulated into believing exaggerated or false claims about conservative ideology.

I’m grateful for my journey from fear to confidence, and I know my footsteps can and should be followed by others.

This essay is one of 22 included in “She’s Conservative: Stories of Trials and Triumphs on America’s College Campuses” published by the Network of enlightened Women. The book is available for purchase here. 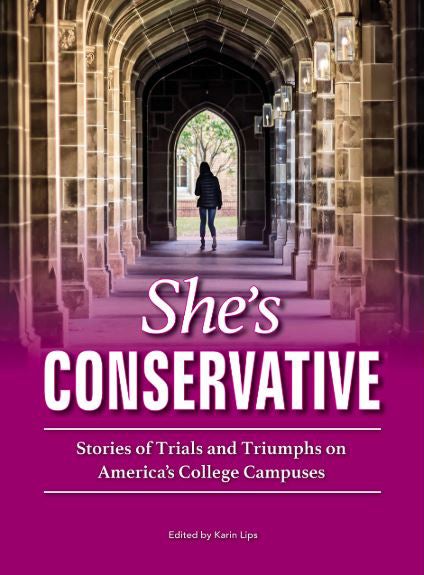