I Ran Personnel Policy Under Reagan. Here Are Some Steps to Reforming Our Bureaucracies. 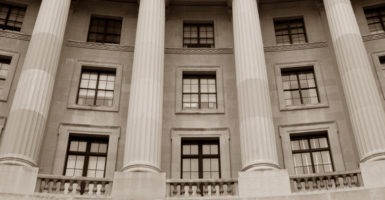 "Serious reform must address both the merit system’s failures and the progressive vision of government that has created an overweening bureaucracy," writes Donald Devine. (Photo: renaschild/Getty Imagses) 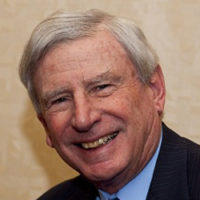 Donald Devine served as director of the Office of Personnel Management under President Ronald Reagan and is a senior scholar at The Fund for American Studies.

At the very pinnacle of the modern progressive program to make government competent stands the ideal of a professionalized, career civil service.

Since the turn of the 20th century, progressives have sought a system that could effectively select, train, reward, and guard from partisan influence the neutral scientific experts they believe are required to staff the national government and run the administrative state.

Our current system, largely implemented during the New Deal, was designed to replace the amateurism and corruption that were endemic to the old spoils system, wherein government jobs were used to reward loyal partisan foot soldiers, with professionalized, scientific, and politically neutral administration. While progressives designed the merit system to promote expertise and shield bureaucrats from partisan political pressure, it now insulates civil servants from accountability.

As I argue in a new study for The Heritage Foundation, the modern merit system has made it impossible to fire all but the most incompetent civil servants. Complying with arcane rules regarding recruiting, rating, hiring, and firing has replaced the goal of cultivating competence and expertise.

The current system is long overdue for a thoroughgoing makeover. When it comes to basic human resources decisions, employee performance should come first. The federal government should remove red tape that prevents agencies from hiring, promoting, and retaining top talent.

But the quality of the career civil service is not the only problem. The high operating costs of our bloated federal bureaucracy are equally unsustainable. While the military’s unofficial motto is “do more with less,” the career civil service often does less with more. Agency payrolls are laden by federal employees who are paid more than they could earn in the private sector. This must be changed.

Finally, elected officials must assert firm control over the career civil service. While the federal service is mostly comprised of capable and competent individuals, careerists by themselves should not be tasked with formulating and executing the details of an agenda for major policy change.

The problem goes deeper than bureaucratic administration. The federal bureaucracy’s inefficiency, expense, and irresponsiveness to political leadership are all rooted in the progressive belief that unelected experts should be trusted with promoting the general welfare in just about every area of social life. This belief is the root of the problem.

If political interests continue to force Congress and the president to act directly on all manner of societal problems, as they currently are, the federal bureaucracy will continue to be overwhelmed. It is simply impossible for political leadership to effectively manage a bureaucracy vast enough to fulfill all of the functions now performed by the national government. Unlimited utopian progressive aspirations cannot be squared with constitutional government.

Serious reform must address both the merit system’s failures and the progressive vision of government that has created an overweening bureaucracy unable to meet its own ideals.