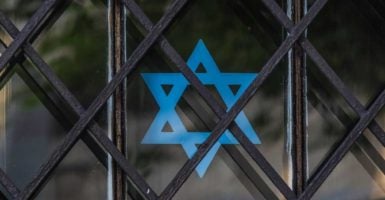 In early December, an FBI Joint Terrorism Task Force in Ohio arrested 21-year-old Damon Joseph for planning an attack on a synagogue in Toledo, Ohio. Joseph was inspired by ISIS, making this the 105th Islamist terror plot or attack since 9/11 against the U.S. homeland.

Law enforcement first located Joseph on social media where he made posts of weapons and in support of ISIS.

Undercover agents contacted Joseph and he sent them ISIS propaganda and recruitment literature. He expressed support for violent “martyrdom operations” in the U.S. and following the attack on the Pittsburgh Tree of Life synagogue in October.

Joseph expressed interest in carrying out a similar attack.

He then spent the next month deliberating over whether or not to conduct such an attack but ultimately decided that it was time for him to move from “virtual jihad” to “physical jihad.”

By the end of November, Joseph was plotting the specifics of his act of terror, still interested in attacking a synagogue with firearms.

Joseph asked one of the undercover agents if they would be interested in participating in an attack and when the agent responded that he had money available for such an operation, Joseph forwarded a plan of attack and the need for firearms and ammo.

Joseph said there were two synagogues that could be targets but he preferred the larger one because he wanted to “go big or go home.” Joseph then met in person with undercover agents to talk about specific weapons and tactics.

In the following days, the undercover agents sent photos of the weapons they had acquired for the attack. They then met with Joseph to exchange the weapons, which had been rendered inoperable.

Once he took the weapons, Joseph was arrested.

This plot was the 92nd homegrown plot—the terrorist radicalization and plotting occurred here in the U.S.

While many policymakers express concerns over the entry of terrorists in the U.S., this remains a rare area of attack. The U.S. has significantly improved its vetting following 9/11 so that most threats from abroad are now stopped abroad. This does not mean the U.S. can rest on its laurels as policymakers should always be scrutinizing the U.S.’ vetting programs to make sure they are working as well as they can.

But it does mean that the U.S. should be focusing more on how to stop terrorists who radicalize here in the U.S.

The plot also shows the sad reality that anti-Semitic beliefs find fertile ground in many extreme ideologies, including the far right, the far left, and among Islamists. Such beliefs are abhorrent and cut against the founding ideals of the U.S. In his letter to the Hebrew congregation in Newport, Rhode Island, George Washington wrote in 1790 that in the U.S.:

All possess alike liberty of conscience and immunities of citizenship It is now no more that toleration is spoken of, as if it was by the indulgence of one class of people, that another enjoyed the exercise of their inherent natural rights. For happily the Government of the United States, which gives to bigotry no sanction, to persecution no assistance requires only that they who live under its protection should demean themselves as good citizens, in giving it on all occasions their effectual support…

May the Children of the Stock of Abraham, who dwell in this land, continue to merit and enjoy the good will of the other Inhabitants;  while everyone shall sit in safety under his own vine and figtree, and there shall be none to make him afraid.