George Opudo used to drive for Uber. Picking up and dropping off customers at Union Station in Washington, just steps away from the U.S. Capitol, he’d look at homeless people and think: “That’d never be me.”

But in September 2017, Opudo lost his car, his job, and all of his worldly possessions. With no place to go and no food to eat, Opudo was homeless.

“I was so hungry, I didn’t know what to do,” Opudo told The Daily Signal.

Walking around Union Station, he asked a woman where he could find some food.

“She said, ‘Go down to the mission,’” Opudo recalled.

So he walked a few blocks down to Central Union Mission and asked, “Can I get something to eat, please? A sandwich?”

“Before they answered me … stuff started going on in my head. ‘OK, if I have to eat this sandwich, where am I going to go? I’m gonna be hungry again, [what] am I gonna do?’”

“I quickly turned around and asked the girl, ‘Hey, is there a way I can be in?’”

Founded in 1884, Central Union Mission is the oldest private social service agency in Washington. In addition to providing nearly 3 million meals and 60,000 nights of shelter in 2017 alone, the mission offers a ministry program for men.

Besides meeting men’s physical and emotional needs (including food, shelter, clothing, and medical care), the mission offers workforce training and a strong spiritual foundation in the Christian faith.

“I thought about all the times that I’ve been trying to get closer to God,” Opudo said. “So I obliged. I said yes.”

Opudo came to the U.S. from Kenya on a spousal visa when he was 20. For over a decade, his life was stable.

Before driving for Uber, Opudo worked for 11 years at the grocery store chain Harris Teeter, doing a mix of accounting, cashier work, customer service, restocking, and scanning. Before that, he ran his own car and boat cleaning business.

Everything started falling apart, Opudo said, when his wife decided to leave him.

“When she did,” he explained, “that put a toll on me emotionally.”

“It started driving me down a downward spiral [and] I wasn’t able to grab hold of things and come back up.”

At the time, Opudo said, he didn’t understand the extent of his emotional trauma, let alone where to go to get help. He then made friends with the wrong crowd, and started drinking and getting into drugs.

That lifestyle caused him to become homeless. His car was the last thing to go. 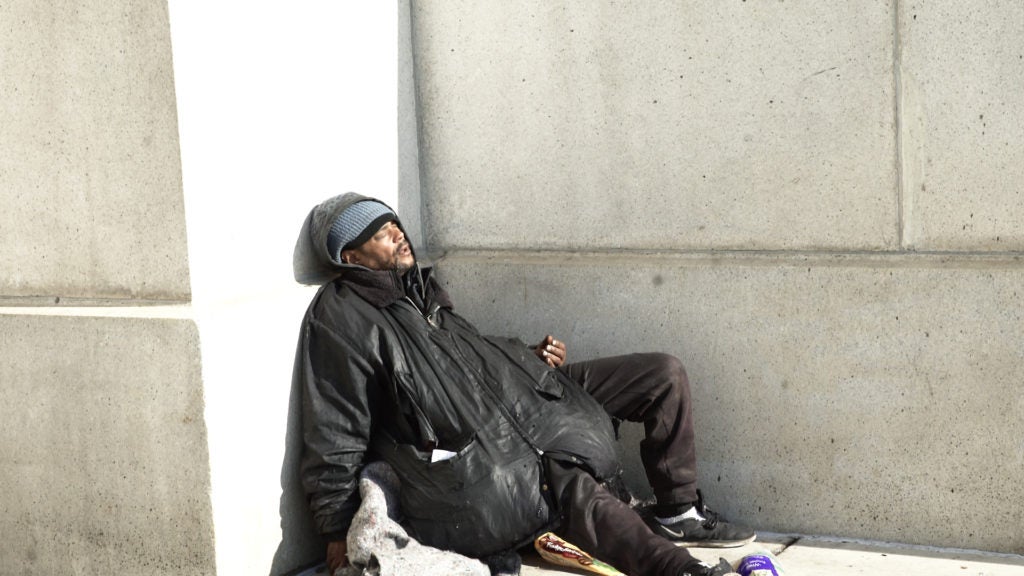 Of the estimated 7,000 homeless men and women in Washington, 1,166 are experiencing chronic homelessness. (Photo: The Daily Signal)

Opudo’s story is not unique. In the nation’s capital, home to some of the most powerful leaders in the free world, 7,000 people are estimated to be homeless—one person for every 100 residents.

Statistically, the homelessness rate in the District of Columbia is far worse than the national average.

At Central Union Mission, homeless men can get a bed for the night and meals for the day, no questions asked. They can even get medical and dental treatment.

“If that’s all folks want and that’s the end of the transaction, that’s fine,” said Joseph Mettimano, executive director of the mission. “But we actually offer quite a bit more.”

“We offer a complete, end-to-end program to help address a man’s mental, emotional, spiritual, and physical needs, so that when they leave here they can actually go and live independently, and live a productive life.”

It’s this part of the program that Mettimano gets excited about.

“We help work on the whole man so that when he leaves here, he’s able to leave and live an independent life,” he said. “This is the future when it comes to homeless ministry.”

The Christian faith is central to the program. Because of that, the mission does not accept any government funding.

“All government agencies have rules and regulations about who they can give money to and how that money can be used,” Mettimano explained. “Many organizations go through great lengths to make sure that the separation of church and state is something that’s enforced through the regulations. So often times, when an organization accepts government money, sometimes they have to change the way that they operate. And sometimes they have to segregate those monies to make sure that there aren’t religious activities happening with the government money that they’ve granted.”

“Everything that we do here infuses Jesus Christ, so it’s very difficult for us to be able to receive government money and obey the regulations that come along with it,” he said. “We want to make sure that we can do everything with integrity.”

How Faith Can Heal 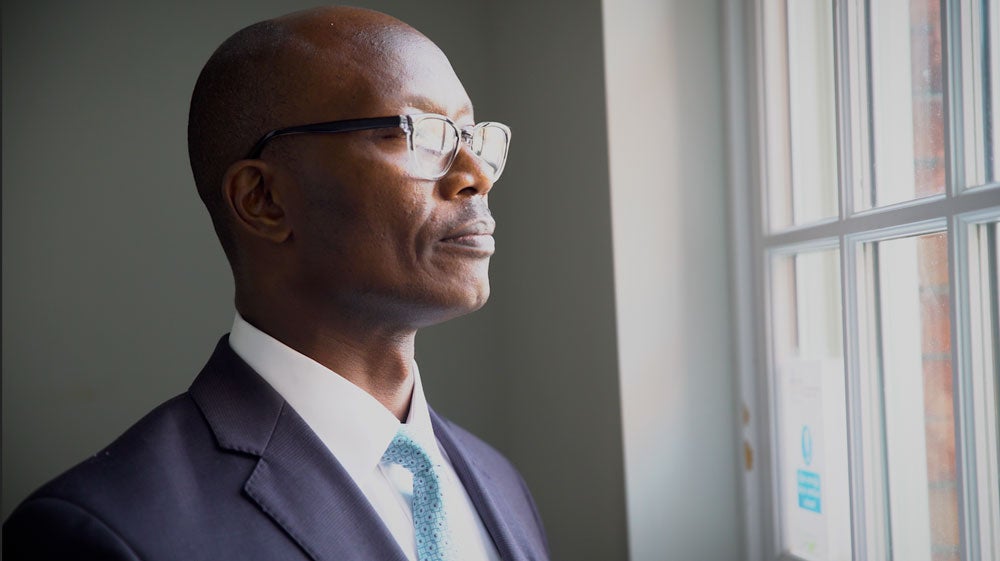 After confronting his demons, Opudo looks out, hopeful that his life will come back together. (Photo: The Daily Signal)

For Opudo, the spiritual aspect was central to his healing.

“I believe homelessness has a basis in the emotional stability of a human being. It’s so easy to give up,” he said. “That’s what happened to me.”

“Just by missing the human companionship, being able to be with somebody, just to share a little happiness every day, say, ‘Hey, honey, hey, are you OK?’ When that is missing, you find little by little you go to the darker side of life. The lonely part. It attracts you more. And you find yourself just getting lost.”

Now, instead of turning to the darker side, Opudo said, he turns to God.

“I’ve learned how to look to the Lord for everything because people disappoint you,” he said. “Even the ones you love. And they’re the ones that can really hurt your feelings. So, [I] always try to remember in everything I do, I have to seek God first because if I don’t do that, I’ll forget. And I’ll be swayed and make certain decisions which are not going to be good for me.”

When considering the scale of the homeless population in Washington, it’s easy to feel helpless.

When Opudo is wearing a button-up shirt, a tie, and a designer sweater, it’s hard to imagine he was ever homeless. But now into his 50s, Opudo is faced with the challenge of re-starting his life.

Opudo is living semi-independently and is enrolled in a work therapy program also run by the mission. Within the next 12 months, he hopes to be fully independent and employed at an office job.

Without the thousands of private donations that keep Central Union Mission afloat, Opudo said, he doesn’t know where he’d be. But, he said, God does.