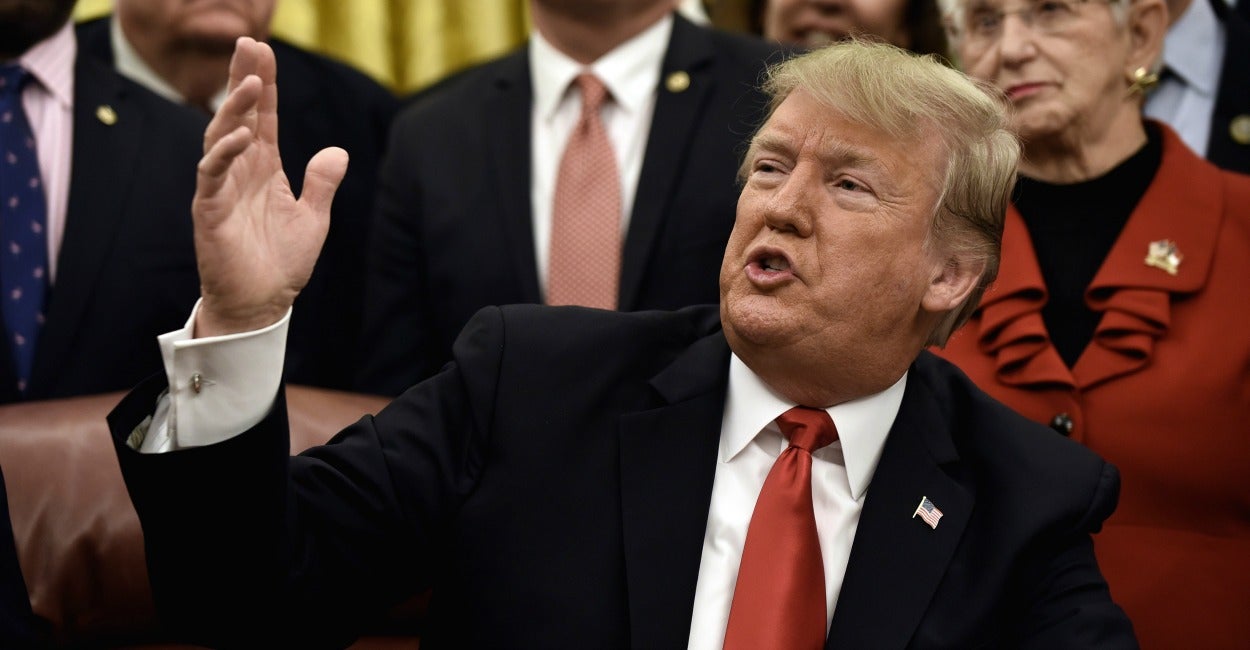 On Tuesday night, senators passed the First Step Act with support from law enforcement professionals, the faith community, business groups, and the White House, by a vote of 87-12.

Senate Majority Leader Mitch McConnell, R-Ky., deserves credit for bringing the bill up for a vote.

Sen. Mike Lee, R-Utah, a former federal prosecutor and leading advocate of the legislation, said, “American families will be stronger and our communities will be safer. This is a huge win for America and President [Trump].”

The president quickly congratulated the Senate on its bipartisan passage of the First Step Act, tweeting that it “will keep our communities safer, and provide hope and a second chance, to those who earn it. In addition to everything else, billions of dollars will be saved. I look forward to signing this into law!”

America is the greatest Country in the world and my job is to fight for ALL citizens, even those who have made mistakes. Congratulations to the Senate on the bi-partisan passing of a historic Criminal Justice Reform Bill….

House Speaker Paul Ryan, R-Wis., said on Tuesday that “criminal justice reform is about giving more Americans a chance at redemption. The House looks forward to sending it to the president to become law.”

In May, the House passed an earlier version of the legislation, co-sponsored by Reps. Doug Collins, R-Ga., and Hakeem Jeffries, D-N.Y., by a vote of 360-59.

On Thursday, the House overwhelmingly approved the Senate’s amended version by a vote of 358-36.

Trump’s signature of the bill marked a historic achievement for his administration.

After steering the bipartisan bill through the Senate, Judiciary Chairman Charles Grassley, R-Iowa, said, “the First Step Act takes lessons from history and from states—our laboratories of democracy—to reduce crime, save taxpayer dollars, and strengthen faith and fairness in our criminal justice system.”

History has shown that a “lock ’em up and throw away the key” approach to prisons helped to drive down the high crime rates of the 1980s—and to keep them down. But esteemed criminologists estimate that other phenomena, including improved policing practices, account for 65 percent or more of the crime decline.

And yet, of the 95 percent of all federal inmates who are eventually released from prison, approximately half are re-arrested within eight years of release.

The handful of senators who opposed the First Step Act implied that the only way to ensure that prisoners do not commit crimes after they are released from prison is to never release them.

That position contrasted sharply with the House’s overwhelming vote for prison reform.

It also ignored a 2011 House Appropriations Committee report that found our re-incarceration rates to be “both financially and socially unsustainable.”

Most importantly, it ignored the superior approaches that conservative leaders across the country have taken to reduce crime, which are reflected in the First Step Act.

In May, Rep. John Rutherford, R-Fla., a former sheriff, said the First Step Act is “about reducing crime.” Too often, he said, prisons release “incorrigible, disruptive inmate[s]” into high-crime communities “and we wonder why these individuals failed and went back to a life of crime.”

Rutherford said the First Step Act “recognizes the importance of following up an arrest with good correctional programming and attempts to change behavior before sending them back to the community,” instead of “setting these individuals up for failure.”

Consider how former New York City Police Commissioner Bill Bratton reduced crime in New York City in the 1990s by 36 percent, including a 45 percent decline in murder, by focusing his officers “on problem solving rather than incidence response,” specifically “changing behavior at the street level and controlling behavior, and thus preventing crime further down the line.”

The First Step Act brings a similar problem-solving strategy to fighting crime by instructing federal prison officials to objectively assess each federal inmate’s risk of recidivating, and to incentivize them to participate in evidence-based programming to change their behavioral issues, whether that is substance abuse, mental health, anger management problems, or something else.

Red states have shown that this approach to incarceration can be a success.

That’s why 34 state attorneys general and many other law enforcement professionals supported the First Step Act.

In Mississippi, Gov. Phil Bryant, a former deputy sheriff, said criminal justice reform measures are one of the main reasons why his state has saved $40 million and seen crime go down 6 percent.

In Texas, expanded substance abuse, mental health, and other treatment programs, among other criminal justice reform measures, have helped the state bring crime rates down to historic lows not seen since the 1960s, save money, and reduce prison populations—all while Texas’ job numbers continue to climb.

In Georgia, too, prisons have successfully shifted focus to “reducing recidivism through effective programming, education, and health care.”

Three years ago, Georgia Gov. Nathan Deal explained that “prisons have always been schools.” “In the past,” he said, “the inmates have learned how to become better criminals. Now, they are taking steps to earn diplomas and gain job skills that will lead to employment after they serve their sentences.”

Today, Georgia’s Department of Corrections “provides effective opportunities for offenders to achieve positive change and to be a more pro-social contributor to society,” thereby “reducing recidivism among the formerly incarcerated population.”

Not only have conservative states led the way on successful prison and sentencing reform, but they have often done so by working with private employers and charitable organizations, especially prison ministries.

As Bryant has said, “prison ministries—all of those things that government doesn’t like to admit to that works—works.”

The First Step Act will now offer federal inmates similar opportunities—partly through private employers, nonprofit treatment providers, and religious organizations—so that they can earn their way to becoming productive, law-abiding members of society.

The president and conservative leaders in Congress have worked hard to bring evidence-based improvements to the federal criminal justice system.

The First Step Act is a major victory for them, for federal inmates and their families, and for our conservative values of limited government, individual freedom, free enterprise, and public safety.