2 Students Explain Why They Defended Teacher Fired Over Transgender Pronouns 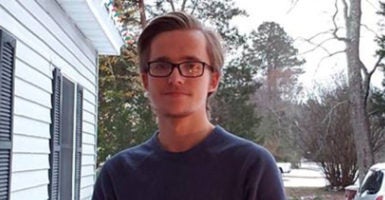 Students should speak up for what they believe, but in “a respectful manner, a peaceful manner, nothing that incites hatred," Forrest Rohde, 17, tells The Daily Signal. (Photo courtesy of Forrest Rohde)

Two high school students say they organized a walkout in support of a teacher fired for not using pronouns preferred by a transgender student because they thought they should speak out on a cause they believe in.

“When I wanted to speak out about this, I just found this a great opportunity,” Forrest Rohde, a junior at West Point High School, told The Daily Signal in an interview. “I knew that a lot of people in my school would follow with me.”

School officials, Rohde said, are pushing “a false ideology” on teachers and students.

The West Point school board voted 5-0 on Dec. 6 to fire Vlaming, saying his refusal to follow orders to use male pronouns in referring to the transgender student “harassed and discriminated against the student” and meant the teacher was “insubordinate.”

The teacher “read a 10-minute statement to the board and hearing attendees about his intentions, respect, and love for all of his students and their rights,” The Virginia Gazette reported.

Rohde, 17, told The Daily Signal that he “was already kind of into politics in general.” He said he helped organize the walkout of about 100 students Dec. 7 after his father encouraged him to do what he could to show he backed the teacher.

“So, I head out to the school like around 7:30 that morning, and I stayed out there for an hour and a half … holding these signs,” Rohde said.

Rohde said he had started texting friends and posting on social media about supporting Vlaming, and Pedersen came up with the idea of a walkout.

Pedersen, also 17, is what Rohde calls a “co-leader of the #JusticeforVlaming movement.” 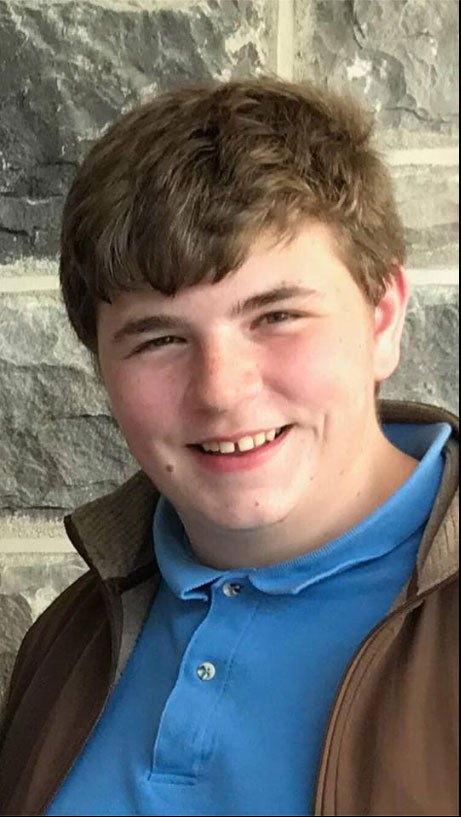 Pedersen told The Daily Signal that he supports Vlaming because the teacher “just is an amazing man” and a “devout Christian.” For Vlaming, using male pronouns in this situation would be a “violation of his conscience,” the student said.

“I also feel like the school is suppressing [his] First Amendment rights,” Pedersen said.

Rohde said school officials have the right to disagree with Vlaming, but went too far in firing him.

“The school board can disagree with Vlaming all they want,” Rohde said. “I just think they shouldn’t have fired him over it, or given him any consequences, because it’s a false ideology they’re trying to push onto him, and basically everybody else.”

Rohde said he circulated a petition for fellow students to sign in the school cafeteria, which was met with opposition from teachers. The petition eventually was confiscated, but later returned to him.

Rohde said he would tell peers facing similar situations in schools across the country to speak up politely, respectfully, and “in a peaceful manner” for what they believe in. “Nothing that incites hatred,” he said.

“If you want to spread a message about something, you shouldn’t be afraid of the consequences,” Rohde said. “You should be proud of getting in trouble because from getting in trouble yourself, you’re kind of changing the world, basically, and changing everything for the better.”

In a statement emailed to The Daily Signal, West Point Public Schools Superintendent Laura K. Abel said the high school is supportive of students who openly back Vlaming.

The walkout “gave students an opportunity to publicly show their support for their teacher,” Abel said. “We encourage student involvement in issues that affect the school division.”

Pedersen said he thinks the high school has been unjust in its treatment of Vlaming.