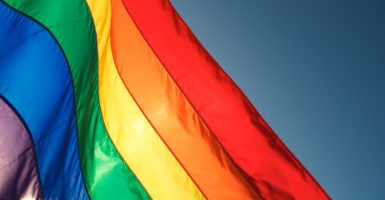 Does the golden rule ever require bad public policy? That’s the implication of what some political strategists are proposing in the name of fairness.

At issue is a proposal among some Christian leaders to strike a compromise with some LGBT activists to balance “LGBT rights” with religious liberty. The proposal would elevate “sexual orientation and gender identity” (SOGI) to protected classes in federal law in exchange for certain exemptions for religious colleges and institutions. They call this approach “Fairness for All.”

Compromises can be good, but this particular one is bad. As I explain in a recent issue brief, such proposals would not result in actual fairness for all. Instead, they would penalize many Americans who believe that we are created male and female, and that male and female are created for each other. They would violate the privacy and safety of women and girls, the conscience rights of doctors and other medical professionals, and the free speech and religious liberty rights of countless professionals who find themselves outside the select group of institutions who are exempted.

Establishing bad public policy for everyone and then exempting select religious institutions is not acting for the common good—and is certainly not fair for all. And there are better ways forward for those who seek compromise.

Yet some are now claiming that this bad public policy is required by the golden rule.

Rod Dreher reports on a conversation he had with “a prominent conservative Evangelical political strategist” who requested to remain anonymous. Dreher writes: “He simply believes that ethically and politically, this is the right thing to do. In Smith’s view, in a pluralistic society like America 2018, do unto others as you would have them do unto you is a good rule for religious liberty advocates and gay rights supporters alike.”

The golden rule is always a good rule for all people. But the public policy being proposed doesn’t embody the golden rule. Making “gender identity” a protected class in federal policy, for example, could impose a nationwide transgender bathroom policy, a nationwide pronoun policy, and a nationwide sex-reassignment health care mandate.

This is anything but the golden rule. And imposing bad law on everyone else while exempting yourself is the exact opposite of doing unto others as you would have them do unto you.

If pluralism is about accommodating deep difference—if conservative Evangelicals are going to ask for accommodation of difference, then they can’t turn around and say in every single case when they are asked to accommodate sexual minorities, ‘No, we will fight to the death.’ That’s not pluralism if all you’re doing is protecting your own rights and saying error has no rights when it comes to you. Pluralism has to be seen by others who disagree with you as fair.

It’s rather remarkable to think that accommodating deep difference requires passing laws that impose orthodoxy. But that’s what SOGI laws do, including Fairness for All.

Dreher summarizes the anonymous insider’s perspective: “He said there really is a question of justice within a pluralistic society that conservative Christians have to face. We may sincerely believe that homosexuality is morally wrong, but at what point does the common good require that we agree that gay people have a right to be wrong?”

But that’s not what this policy debate is about. In the United States of America, people who identify as LGBT are free to live as they want. But SOGI laws, including Fairness for All, are not about freedom—they are about coercion. SOGI and Fairness for All are about forcing all Americans to embrace—and live out—certain beliefs about human sexuality. They are not about protecting the freedom of people to live as LGBT, but about coercing everyone else to support, facilitate, and endorse such actions.

This is one fundamental problem in equating coercive antidiscrimination laws with permissive religious freedom laws. And imposing a bad coercive policy on everyone while exempting select faith-based institutions is anything but fairness for all.

Antidiscrimination laws are about the government coercing people to live according to the majority’s values. Religious liberty laws are about removing government coercion and allowing people to live by their own beliefs. While there can be good justifications for certain antidiscrimination policies, there is no human right to them. Religious freedom, however, is a human right. Fairness for All mistakenly conflates these rather different concepts.

And yet, the president of a Christian college—who also sits on the board of two Christian organizations who recently voted to support Fairness for All—claims that these coercive policies that undermine the common good are actually “basic human rights for members of the LGBT community.”

But coercing other people into supporting LGBT values is not a “basic human right.”

But as any number of policy analysts have pointed out, the problem with SOGI laws goes well beyond “religious liberty.” And exempting your own institutions while imposing these bad policies on everyone else doesn’t address the problems.

All of the misguided rhetoric suggests that the underlying policy of elevating sexual orientation and gender identity to protected classes is misguided from the start.

None of this, however, is to say that we shouldn’t work to find compromises and win-win solutions. I’ve been participating in these discussions for several years now, and contributed a chapter to a forthcoming Cambridge University Press book, “Religious Freedom, LGBT Rights, and the Prospects for Common Ground,” proposing how to properly craft policy that would be fair for all.

The title of the book is misguided, both because there are no such things as “LGBT rights”—human rights are equally possessed by everyone, but there are no special human rights based on one’s sexual identity—and because it frames the discussion as one primarily about religious liberty.

As I explain in my chapter (and this National Affairs essay), a better policy approach would be to better define the specific needs of people who identify as LGBT that actually require a policy solution, tailor a policy response to that need, and properly define what constitutes “discrimination.”

Indeed, properly defining “discrimination” is key. Part of the problem with SOGI policies, including Freedom for All, is that they leave it entirely at the whim of hostile bureaucrats and judges to declare that commonsense actions may constitute “discrimination.” SOGI laws treat reasonable actions as discriminatory.

A better approach would define specifically what constitutes “discrimination,” as distinct from genuine difference in a pluralistic society, and target a legal response at that.

Does anyone even really know what elevating gender identity to a protected class in civil rights law will mean long term? What does “discrimination” on the basis of “gender identity” entail?

Activists currently claim that combating “discrimination” requires new bathroom, pronoun, and health care policies. But when you consider the fact that most Americans hadn’t even heard the phrase “gender identity” five years ago, it seems premature to suggest that elevating it to a protected class status is a “basic human right” and a requirement of the golden rule. Now is not the time to rush to conclusions, but to think critically and prudently.

In the midst of the redefinitions of marriage, sex, and gender, all Americans—wherever they fall on the political spectrum and whether they are religious, secular, or agnostic—should join the effort to find ways to coexist peacefully.

SOGI laws, including Fairness for All, do not achieve this goal. Instead, they penalize disagreement as if it were discrimination, impose sexual orthodoxy, and coerce dissenters.

SOGI antidiscrimination laws are unjustified, but if other policies are adopted to address the needs of people who identify as LGBT that require a policy response, they must leave people free to engage in legitimate actions based on the conviction that we are created male and female, and that male and female are created for each other.

Any such laws must protect the privacy and safety of women and girls, the conscience rights of doctors and other medical professionals, and the free speech and religious liberty rights of countless professionals. This would leave all Americans free to act on those convictions. It would also protect diversity and promote tolerance, and it would promote true fairness for all.

Editor’s note: A reference to Freedom for All has been replaced with the term Fairness for All.