Don’t Believe the Scary Predictions From the National Climate Assessment 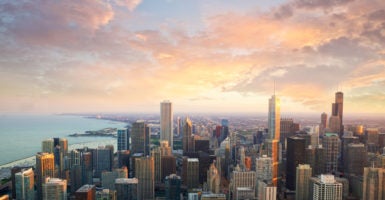 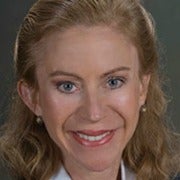 Kathleen Hartnett White is distinguished senior fellow-in-residence at the Armstrong Center for Energy and the Environment at the Texas Public Policy Foundation.

The most predictable thing about the climate these days is the sensationalism we see in the headlines.

Let’s take those “mass deaths” (leaving aside the mayhem for the moment). What does the report actually say?

“The health and well-being of Americans are already affected by climate change, with the adverse health consequences projected to worsen with additional climate change,” the National Climate Assessment reads.

More specifically, “In 49 large cities in the United States, changes in extreme hot and extreme cold temperatures are projected to result in more than 9,000 additional premature deaths per year under a higher scenario by the end of the century, although this number would be lower if considering acclimatization or other adaptations (for example, increased use of air conditioning).”

That estimate is based on a 2016 study that applies mortality data to climate models that predict more and more intense heatwaves. But dig a little deeper, and you’ll find there’s some real uncertainty about those numbers.

That study references a research letter published in 2016 by the American Geophysical Union.

“These probabilities are typically computed using ensembles of climate simulations whose simulated probabilities are known to be imperfect,” the letter reads. “ … Climate model ensembles tend to be overconfident in their representation of the climate variability which leads to systematic increase in the attributable risk to an extreme event.”

As for heatwaves, the reality is that far more people die from extreme cold than extreme heat.

Even those deaths are difficult to pin on extreme temperatures. Rather, scientists say pre-existing conditions can often be exacerbated by extremes. Making projections 50 years out is difficult, and far from “settled science.”

Still, we know what prevents many of those deaths—from both extreme cold and extreme heat. It’s affordable, reliable energy. People cool and heat their homes when they can afford to. Misguided policies like the carbon tax, designed to curb energy usage, would send electricity bills soaring and would achieve the opposite of the National Climate Assessment’s goals.

Energy poverty is deadly, as the European Union is learning. Just last year it established a commission to address the problem.

“More than 50 million households in the European Union are struggling to attain adequate warmth, pay their utility bills on time, and live in homes free of damp and mold,” the EU says. “Awareness of energy poverty is rising in Europe and has been identified as a policy priority by a number of EU institutions, most notably in the European Commission’s ‘Clean Energy for All Europeans’ legislative package.”

But back to the U.S.’ National Climate Assessment.

The report also presents some scary predictions for the economy. A highly quoted headline cites that the economic damages from climate change could amount to 10 percent of annual U.S. gross domestic product in 2090. The obvious criticism is that this headline uses the highest estimate of a model where the average cost estimate is around 3 percent.

But digging deeper, there are other questions to be posed about how these economic impacts are calculated.

Premature deaths from extreme temperature (9,300 per year) are said to amount to $140 billion in annual losses. How is it that each premature death is given an economic cost of more than $15 million? Is it reasonable to place an economic value on a theoretical loss of life due to climate change, similar to the way we estimate property damage?

These questions must be asked before we take these “projected costs” at face value.

There’s a real danger here, and that’s in responding to the National Climate Assessment in a way that will make things worse, not better. Already, a carbon tax bill has been introduced in the House of Representatives that would make energy more expensive for American families.

The other danger is in responding to the headlines, not the data. We know the National Climate Assessment is good for frightening news stories. But public policy must be based on solid information, not scary interpretations.