What the New Socialists in Congress Need to Know About Poverty 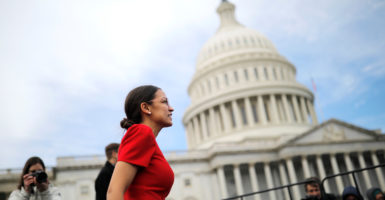 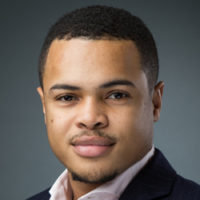 In a few short weeks, America will welcome the 116th Congress.

Ocasio-Cortez and Tlaib no longer represent a fringe movement on the left. An August 2018 Gallup poll revealed that over the last two years, capitalism has taken a dive while socialism has soared among 18- to 29-year-olds.

I believe the 2016 presidential campaign of Sen. Bernie Sanders, I-Vt., gave socialism a countercultural boost among my generation. Millennials suffer under the weight of crushing student loan debt and a deteriorating safety net from employers who will pay them less than their parents earned. It is within this economic context that a system promising to create parity among citizens looks attractive.

The danger with popularizing socialism is that it sounds reasonable, but it never works. It often comes with the best of intentions: to reduce poverty. But there are simply no examples of it working to reduce poverty long term.

Baby boomers are far more skeptical of socialism. They have lived long enough to see attempts at socialism fail, while capitalism has opened doors of opportunity.

Even as we look at America’s own dalliance with socialism, we can see little success. In our 50-year war on poverty, well-intentioned efforts have come up short. After spending well over $20 trillion on the War on Poverty, poverty not only persists. It has become a booming business.

What stockholders would allow a CEO to invest $20 trillion into solving a problem without demanding results? I can think of none.

The good news is that after 50 years, we know what does not work to end poverty: redistributing wealth. We also have a pretty good idea of what can end poverty. My friend and mentor Dr. Ben Carson often cites research that says a person can reduce their chances of living in poverty to 2 percent by doing these three things in this order: 1) Graduate from high school, 2) get married, and 3) wait until you are married to have children.

This is sound advice, something that both public and private organizations should advocate to help save future generations from a life of cyclical poverty.

For tens of thousands of Americans, though, the horse has left the barn. White students graduate at a rate of 86 percent. Black students lag behind at a rate of 69 percent.

Over 70 percent of all African-American children born today will be born to single mothers.

The best hope for all Americans who find themselves included in these numbers is a community to help fill the gap.

After spending time listening to the smart policy wonks at The Heritage Foundation’s annual antipoverty summit, I am excited to see that the research bears out what my life experience has proven to me. It does not take government to end poverty. It takes a committed and empowered community.

I was raised by a strong and wise mother who understood that after she and my father divorced, it was important to make sure that I learned from strong, positive male role models, including my dad, uncles, grandfathers, and even coaches.

As the hip, cool socialist wave makes its way to the halls of Congress, I fear that we may return to the ill-fated, if altruistic, efforts of LBJ’s Great Society, when throwing money at social programs made us feel good.

A complete shift in thinking must occur. Success must be measured not by the amount of money we throw at poverty solutions, but by the number of people who are exiting poverty.