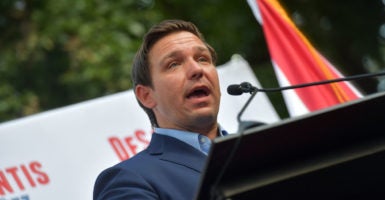 Conservative Republican Ron DeSantis and progressive Democrat Andrew Gillum presented voters with starkly different choices on an array of issues, none more distinctively polar than their plans for charter schools.

In short, DeSantis proposed expanding them while Gillum espoused “siphoning them off” as drains on the public school system.

That distinction—rather than the personalities and ideologies involved—may have compelled about 100,000 African-American women, the vast majority registered Democrats, to vote for DeSantis over Gillum on Nov. 6, according to William Mattox, director of the Marshall Center for Educational Options at the James Madison Institute, a Tallahassee-based conservative think tank.

According to a CNN exit poll, of the roughly 650,000 black women who voted in Florida, 18 percent chose DeSantis over Gillum—an unexpected wedge of support by “school-choice moms” that was the difference in the race, concludes Mattox in a Wall Street Journal analysis of Florida’s midterm elections.

“While 18 percent of the black female vote in Florida is equal to less than 2 percent of the total electorate, in an election decided by fewer than [32,463] votes, these 100,000 black women proved decisive,” Mattox writes.

More than 290,000 students are enrolled in the state’s 650 charter schools. In addition, about 108,000 low-income students participate in the Step Up For Students program, which grants tax-credit funded scholarships to attend private schools.

According to Mattox, most Step Up students are minorities whose mothers are registered Democrats.

“Yet, many of these ‘school-choice moms’ vote for gubernatorial candidates committed to protecting their ability to choose where their child goes to school,” he writes.

During the campaign, DeSantis promised to expand corporate tax credits to grow school choice voucher programs and to increase funding for the programs by at least the annual allowable growth rate of 25 percent beginning next year.

Gillum opposed the growth of charter schools, claiming proponents are “siphoning off public money into privately run schools” that are “unaccountable, for-profit charter schools who want to use public dollars to enrich their executives.”

“We’ve got to begin to bring that to conclusion,” Gillum wrote in his campaign statement. “It’s been 20 years of the underfunding, the defunding of the public [school] system, which still educates over 90 percent of our kids.”

DeSantis’ support for charter schools was more compelling than any other reason for this “apparent ticket-splitting” by nearly one-fifth of African-American women in the DeSantis-Gillum race, the James Madison Institute maintains.

Nelson ultimately lost to term-limited Republican Gov. Rick Scott by 10,033 votes out of 8.22 million cast, while Gillum lost to DeSantis by 32,463 votes out of 8.19 million ballots cast.

The “school-choice moms” vote “helps explain why the Florida governor’s race wasn’t as close as the Florida Senate race, though Gillum was widely expected to carry Democrat Sen. Bill Nelson to victory on his coattails,” Mattox writes.

Gillum “chose to ignore signs that many minority voters view school choice as ‘the civil rights issue of our time,’ to quote Condoleezza Rice,” he writes. “Mr. Gillum figured his charm and potential to become the state’s first black governor would win over African-American voters.”

Florida is not the only state with “school-choice moms,” Mattox notes. “The unexpected outcome of the Florida governor’s race should encourage Republicans nationwide to pitch their education agenda to minority voters,” he writes.

The fact that moms aren’t bound by ideology, or afraid to cross party lines, to vote for someone honestly addressing their concerns should serve as an example for everyone, Mattox writes.

“Most of all, Florida’s surprising outcome ought to encourage every American—especially in these hyperpolarized times—to support policies that bring together strange bedfellows to solve serious problems,” he concludes. 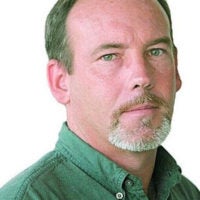