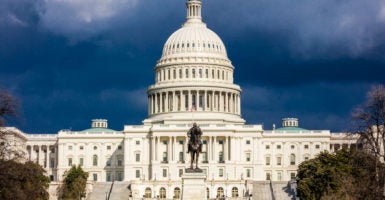 Absent any congressional action, between 1 million and 10 million workers and retirees will lose most of their promised pension benefits over the coming decades.

It would be unfair to stave off those losses with taxpayer bailouts, and doing so would establish the precedent that the federal government will stand behind pension promises that it didn’t even make. But it would also be irresponsible and destructive to do nothing.

While failure to reach a consensus and issue a report would avoid a taxpayer bailout, at least for the near term, no action would be decidedly worse than recommending and enacting fair, commonsense reforms.

In 2016 alone, multiemployer pension plans promised their workers an additional $42 billion more than they set aside to pay them. Failure to rein in new unfunded pension promises could grow plan deficits by hundreds of billions of dollars before the first big wave of multiemployer pension failures hits between 2023 and 2025.

If policymakers wait until hundreds of thousands of workers lose most of their pension benefits, they will be more likely to pass haphazard, costly measures that would unfairly burden taxpayers and condone reckless pension plan management.

To avoid both massive pension losses and a taxpayer bailout, policymakers should first and foremost ensure that the Pension Benefit Guaranty Corp. can provide the insurance it requires multiemployer pension plans to purchase.

Then, Congress should change the rules governing multiemployer pensions so that they cannot make promises they can’t keep.

These 12 reforms would accomplish those goals:

While this combination of changes would transform multiemployer pensions into a decidedly more safe and secure retirement system, any one of these reforms would improve the status quo.

The Joint Select Committee on Solvency of Multiemployer Pensions and other policymakers should not let this opportunity go to waste.