A Judge Will Likely Rule Against Obamacare. Here’s What Should Happen Next. 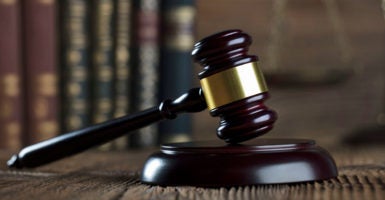 Many of the Obamacare regulations in question are already codified in the majority of state laws. (Photo: Zolnierek/Getty Images)

A federal judge is expected to rule soon on whether Obamacare’s individual mandate is constitutional without a tax penalty to enforce it, and if it is not, whether the rest of Obamacare’s provisions (including its insurance regulations) are no longer operative.

If the judge rules against Obamacare, as many predict, brace yourself for a tsunami of hysteria. Washington’s chattering class will proclaim that the apocalypse is fast upon us, with millions of Americans with chronic illnesses at risk of losing their insurance coverage.

But the ruling would do nothing of the sort, even if the Supreme Court were to uphold it. In the near term, it most likely will have no effect at all.

What it would do, however, is give states new space to create policies that benefit their own residents—the sick, the healthy, and the poor. For that reason, Congress should resist the urge to act in haste.

A Case Years in the Making

This case, Texas v. Azar, arises from a series of Washington blunders.

Democrats clumsily crafted the Obamacare statute. Republicans bungled its repeal. And on two occasions, Chief Justice John Roberts employed “somersaults of statutory interpretation,” as the late Justice Antonin Scalia dubbed them, to save Obamacare. Yet these decisions made further legal challenges to the law virtually inevitable.

At the heart of the Texas v. Azar case is the so-called individual mandate—the requirement that all Americans have health insurance. Six years ago, Roberts held that Congress has no constitutional authority to impose such a requirement. But he sustained the mandate because it levied a tax on the uninsured. In his convoluted reasoning, Congress cannot require you to buy insurance, but it can tax you for not buying it.

Last December, congressional Republicans left the mandate on the books, but reduced the tax penalty to $0. Plaintiffs in Texas v. Azar argue that a tax of $0 is no tax at all. Citing Roberts’ reasoning, they assert that the mandate without the tax is unconstitutional.

They further argue that if the mandate falls, the rest of Obamacare must fall with it. Once again they cite Roberts, who looked beyond the law’s “plain meaning” to its “context and structure” which, he said, inextricably bound the individual mandate to the law’s regulations and subsidies.

Under Roberts’ reasoning, plaintiffs argue, the courts must strike the individual mandate and the law’s subsidies, regulations and Medicaid expansion along with it.

Trump administration lawyers agree that the individual mandate is unconstitutional. They also agree that the pre-existing condition regulations can’t be severed from the mandate, something the Obama administration also asserted. But Justice Department lawyers also argue that the court should leave the subsidies and Medicaid expansion in place.

Whatever the judge decides, his ruling likely will have no immediate effect on the federal regulations. It may be years before the Supreme Court issues a ruling, although it could act much more quickly.

But even if the high court were to strike down the federal rules, states would retain the authority to regulate health insurance.

States have taken a variety of approaches to enforcing Obamacare’s requirements. Some state legislatures have simply written them into state law. Those state laws are beyond the reach of federal judges. Other states have incorporated federal statutes by reference. For example, some state laws require insurers to meet community rating requirements “established by the ACA.” Still others apply these regulations through administrative actions.

If the Supreme Court were to invalidate the federal regulations, it’s possible that enforcement in these states may be vulnerable to legal challenge.

What States Can Do

States needn’t wait for the Supreme Court to rule or Congress to legislate. They can act now. Every state goes into their legislative sessions next year.

Governors and legislatures in many states may favor writing the federal statute into their state codes. As the recent elections showed, these regulations are politically potent. Conservative lawmakers who once denounced the pre-existing condition regulations in the name of freedom embraced them in the hope of re-election. Few candidates promised voters they would repeal those regulations.

But states would also be free to explore other ideas to protect people who have pre-existing conditions without pricing health insurance out of the reach of those who don’t. States could pursue innovative regulatory approaches to improve their insurance markets, approaches that would take effect were the Supreme Court to strike down the federal regulations.

Sadly, Congress will likely lapse into apoplexy if a federal judge finds the pre-existing condition laws unconstitutional, even though the ruling would have no immediate effect. Republicans will hastily draft bills to restore those regulations and Democrats will engage in legislative extortion, claiming that GOP proposals don’t go far enough or, as one commercial posited, could be deadly to people with pre-existing conditions.

A different approach is needed. Instead of racing to legislate in reaction to a decision whose practical effects might be years away, Congress should press pause.

Obamacare is the product of bipartisan malpractice. Both parties now own it. With control of the House and Senate divided and culpability broadly shared, lawmakers should take a clear-eyed look at what went wrong.

An honest inquiry into Obamacare’s failure would lead to two conclusions: 1) Washington created this mess, and 2) Washington cannot clean it up.

States can. Congress should support their efforts to repair federally-inflicted damage to their private markets. The Health Care Choices Proposal, the product of state and Washington-based think tanks, grassroots organizations and conservative analysts, outlines what such federal legislation should look like.

This proposal would replace the Obamacare entitlements with grants to states. States would use the grants to establish consumer-centered programs that make health insurance affordable regardless of income or medical condition. They would be required to devote more public resources to meeting the medical needs of those with chronic illness and give low-income people direct control over their public subsidies.

Texas v. Azar likely will incite another episode of Washington hysteria and irrationality. It also will give states the chance to divert health care policy from its calamitous course.

Congress should proceed deliberately and let states lead the way.