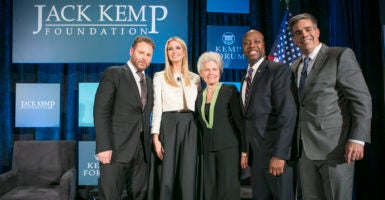 “He understood that capitalism without capital is just an -ism,” Jimmy Kemp, president of the Jack Kemp Foundation, said about his late father in opening remarks at the soccer stadium in Buzzard Point that is home to the pro team D.C. United.

Jack Kemp, who died in May 2009, was a professional football player on U.S. and Canadian teams, a nine-term congressman in the House of Representatives, housing and urban development secretary under President George H.W. Bush, and the Republican vice presidential nominee in 1996.

At its seventh annual dinner, the Jack Kemp Foundation—established to carry on his legacy of advancing the values of the “American Idea” of growth, freedom, democracy, and hope—honored  philanthropist and former Facebook CEO Sean Parker with the 2018 Jack Kemp Leadership Award.

Parker, Scott, and Trump launched a successful effort to include “opportunity zones,”  one of Kemp’s signature economic proposals, in the Tax Cuts and Jobs Act passed by Congress late last year.

Unrealized at the time of Kemp’s death, “enterprise zones,” or “opportunity zones,” are designed to attract companies and businesses to invest in economically distressed communities, with the federal government offering incentives such as eliminating the capital gains tax.

“Everybody’s anxious for capital to descend on their communities,” Scott told the audience. “With opportunity zones, I believe opportunity can shout from the mountaintops.”

Scott, who was the 2017 Kemp Leadership Award recipient, presented Parker with the award for his work toward fulfilling Kemp’s vision of implementing opportunity zones.

Kemp’s son said the award goes to someone who “shows dedication and commitment to the American idea.”

“We do owe a great debt to Jack Kemp … and Kempian ideas,” Parker said. 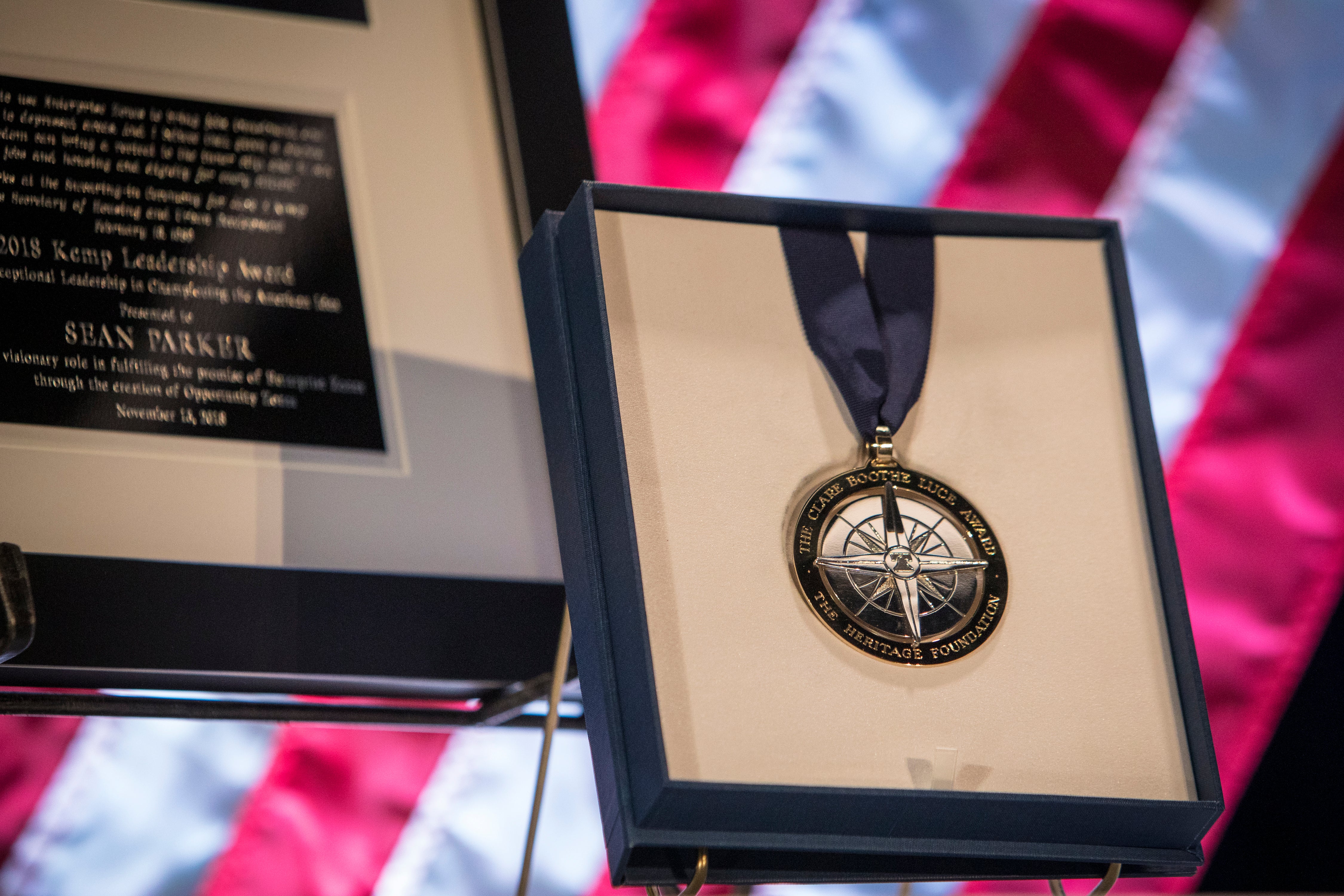 Parker explained that while “access to capital” was “virtually unlimited” in places such as Silicon Valley, it was a problem for distressed neighborhoods. He said it was his hope that opportunity zones would encourage “anchor businesses” to develop in these communities.

Bipartisan support for opportunity zones in a separate bill “demonstrates to me the myths of D.C. are not true,” Parker said. “It is possible to reach across the aisle and get things done.”

Not a single Democrat voted for tax reform, however, even after opportunity zones were folded into the package.

Bipartisanship was also the theme of the dinner’s keynote address by Sen. Ben Sasse, R-Neb.

Sasse cited statistics indicating increased social, political, geographic, and economic division within the country over the past several decades. 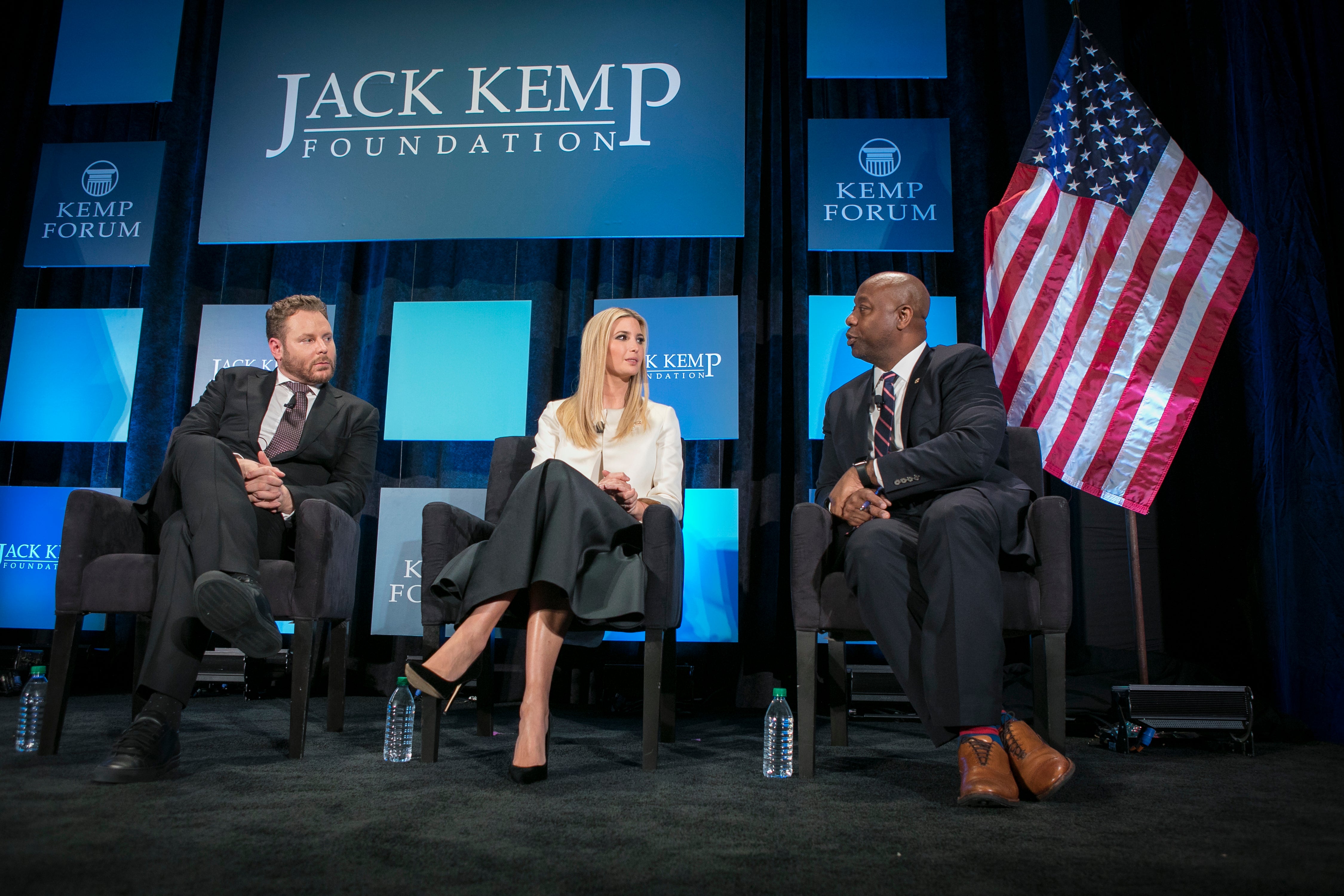 “Politics is not the end of life,” he said. “The American idea is the human idea given a time and a place to happen.”

Heritage established its highest honor in 1991 in the name of Luce, an American ambassador and congresswoman.

The award was a belated one, James said, noting that Jack Kemp died in 2009 about five days before Heritage’s board intended to present him with the award.

James spoke about Kemp’s strong support for conservatives such as herself, and related how he once said of her, “I am a Kay James Republican.” 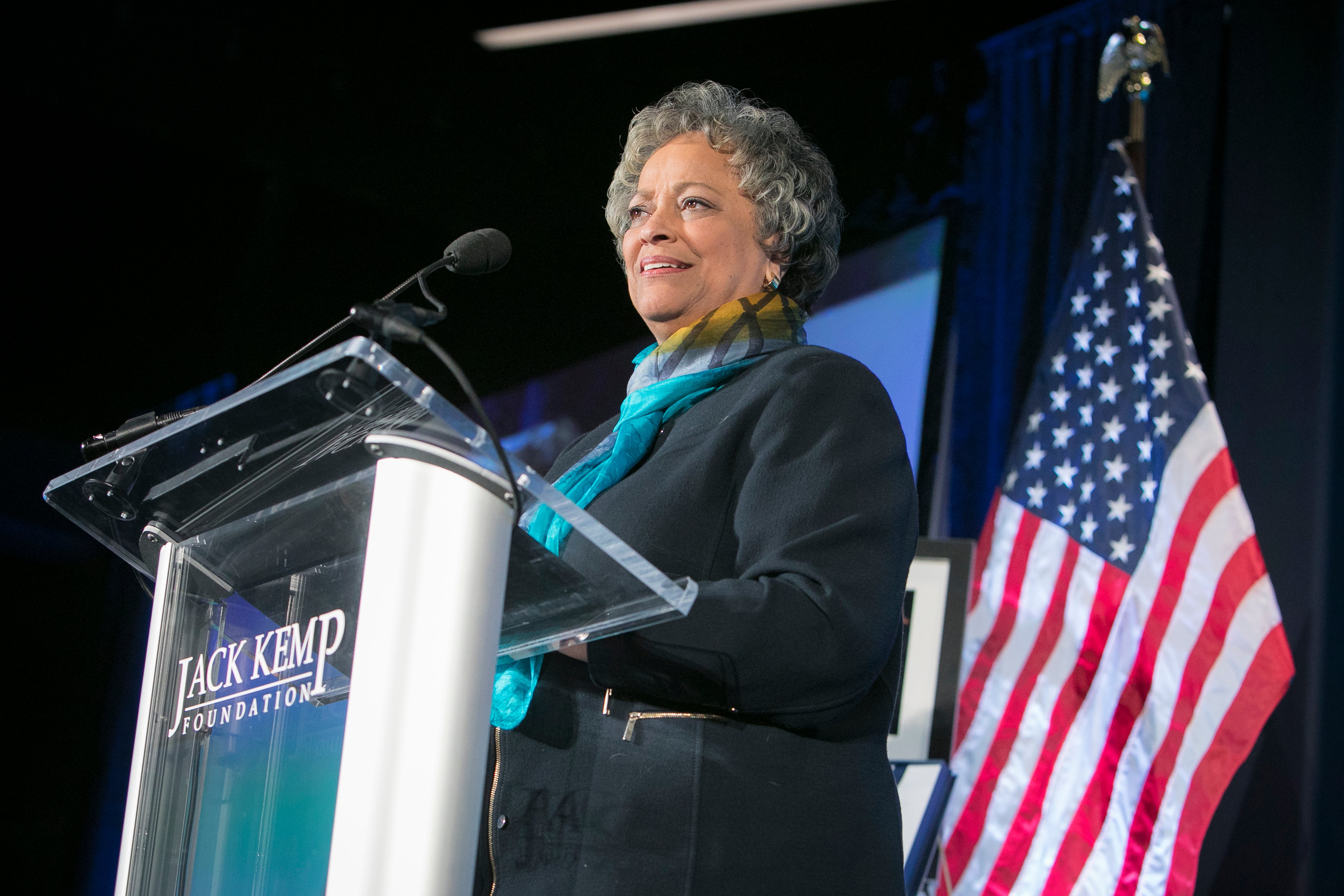 In a panel after dinner, Scott, Parker, and Trump discussed how the opportunity zones would move capital to areas where it was badly needed.

“There’s this feeling of confidence that’s been missing for a long time,” Trump said, noting that the initiative will “enable more Americans to achieve the American dream.”