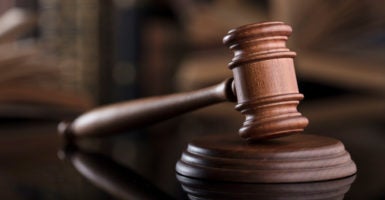 The Heritage Foundation's Judicial Appointment Tracker will keep up-to-date information on the president's judicial nominations, along with comparable data from past administrations. (Photo: Zolnierek/Getty Images)

Addressing a convention of labor commissioners in 1889, prominent government statistician Carroll D. Wright reminded his audience that “figures will not lie,” but warned that “liars will figure.” He urged them to “prevent the liar from figuring”—that is, from “perverting the truth, in the interest of some theory he is trying to establish.”

To that end, The Heritage Foundation has launched its Judicial Appointment Tracker, a tool to track judicial nominations and confirmations, not only currently but also compared to previous administrations.

The judges a president appoints may be his most important legacy. Judges serve long after the appointing president leaves office. They have the power to determine what our laws mean and to decide cases involving the most important issues of our time.

It was not supposed to be that way, because judges were never meant to be so powerful. America’s Founders assigned a modest role for judges within our system, leading Alexander Hamilton to call the judiciary the “weakest” and “least dangerous” branch.

The status of judicial appointments as of Nov. 13 in the second year of the last six administrations. (Photo: The Heritage Foundation)

Each of these categories can significantly affect what people know or understand about the process. For example, Trump’s 19 appointments in 2017 and President Bill Clinton’s 20 appointments in 1996 appear comparable until one realizes that vacancies averaged 127 in 2017, but only 61 in 1996.

The 65 judges confirmed so far this year surpasses the average of 56 appointed during previous presidents’ second year. But this year’s progress is even more significant in light of Democratic obstruction. Democrats forced the Senate to take a separate vote to end debate on 43 percent of judicial nominations, compared to fewer than 2 percent under previous presidents.

Some senators and activist groups, as well as media covering the appointment process, often paint a skewed picture when it comes to appointments, making false comparisons between apples and oranges, or even worse. The Judicial Appointment Tracker will provide an accurate picture, using similar time periods and, when necessary, percentages rather than raw totals to maintain the validity of comparisons over time.

The tracker will also be updated immediately whenever there is a new development in these categories, such as new vacancy figures from the Administrative Office of the U.S. Court, hearings in the Senate Judiciary Committee, or votes on the Senate floor.

Liars may figure, but this new resource will present accurate, reliable, and comparable data about the judicial appointment process so that the figures can speak for themselves.