3 Tight Elections Could Face a Recount. Here’s Where Things Stand. 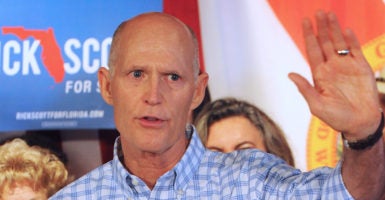 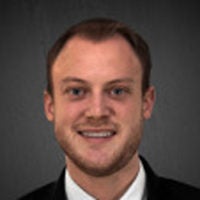 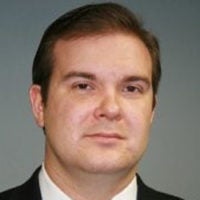 The 2018 midterm elections are going into overtime in some hot statewide races.

For those readers who were either too young to remember the Florida recount in 2000—or suppressed that memory—it’s all playing out again. Here’s where the most tightly contested races stand.

As of this writing, Florida’s governor and U.S. Senate races are gearing up for statewide recounts required by state law. The procedure for a recount depends on the margin between the winner and loser in a statewide contest. In either contest, if the difference is less than one-half of 1 percent (0.5 percent), a standard recount is ordered.

Florida uses large, multipage-paper ballots run through optical scanning machines in many counties. Although Democratic candidates Andrew Gillum and Sen. Bill Nelson have the legal right to defer the recount and go home, they won’t.

It is important to know that in a recount, ballot totals can change considerably upon completion. Optical scanners can glitch and fail in the Tuesday night tally, leading selections to be skipped.

In Broward County, a reported 24,000 ballots were apparently missing vote selections for the U.S. Senate race despite choices being made above and below the ballot. Theories as to why this happened are (a) the ballot design was confusing and led people to overlook the race, or (b) the optical scanner(s) failed to detect selections 24,000 times over.

A machine recount with a functioning machine could yield a different vote total here. On our current timeline, Florida law requires results by 3 p.m. on the ninth day after the general election, which puts us at Nov. 15.

Given that totals will change and likely tighten, what happens if the percentage gaps fall south of one-quarter of 1 percent (0.25 percent)? Get out your magnifying glasses, because it’s hand-recount time, just like in 2000.

In a hand recount, the county canvassing boards put human eyeballs on those ballots that stand out from the first recount, such as ballots with missing votes (undervotes) or multiple votes in a single race (overvotes). There is no deadline penciled in for this scenario as of now.

Broward County is currently the epicenter for irregularities. On Friday, the Miami Herald called Elections Supervisor Brenda Snipes the “most controversial” in the state. Politico piled on, arguing she was the most controversial in the entire nation. The outlet described Snipes’ recent record as a “parade of horribles.”

Apart from the counting glitch, Snipes’ team has prematurely destroyed ballots in a previous election, printed and circulated incomplete absentee ballots, and even opened some mail ballots in secret before the law allowed them to.

The Public Interest Legal Foundation, representing the American Civil Rights Union, sued the county in 2016 for a variety of apparent voter roll maintenance failures to include thousands of dead, duplicate, and child voters on the rolls. Some voters were listed as being born when Grover Cleveland was president. Thousands more claimed commercial mailboxes as their actual residences.

The Democratic Party of Florida and Nelson’s campaign filed a federal lawsuit Thursday to force the State to count absentee and provisional ballots that had apparent defects.

In Arizona, recounts are a rare occurrence. Arizona is one of only a handful of states that do not permit a losing candidate (or anyone else) to request a recount. Instead, recounts are triggered automatically, but only if the final vote totals are within a razor-thin margin.

A recount will occur only if the difference in total votes cast for Kyrsten Sinema and Martha McSally is less than or equal to the lesser of two amounts: either one-tenth of 1 percent, or 200 votes. With nearly 2 million votes already counted, the margin between the candidates would need to dip to 200 votes or fewer to automatically send the race to a recount.

Present counts have the Democrat, Sinema, leading her Republican challenger by roughly 9,000 votes.

If mandated, Arizona will carry out its recount using a combination of electronic and hand counting, but not all ballots will necessarily be given a second look. Instead, party representatives will randomly select 5 percent of the precincts for a hand count. The random selection is then compared to the electronic count.

In Georgia, the recount margin is 1 percent. A taxpayer-funded recount is automatically triggered upon request to the secretary of state by the losing candidate. Based on present vote totals, Democrat Stacey Abrams would need to trim her current deficit of 63,000 votes to just under 39,000 to be eligible for a recount.

Voters have options, too, although they are more limited. In precincts where voting machines are used, voters may petition county officials for a recanvass (or electronic review) of votes on particular machines, if discrepancies or errors appear to exist.

Reported vote totals currently have Republican Brian Kemp sitting at 50.3 percent of the total vote, above the 50 percent threshold to avoid a runoff election with opponent Abrams.