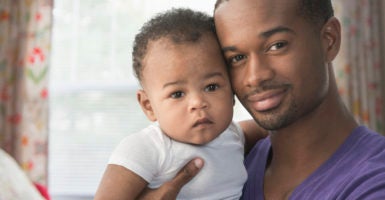 Arizonans’ “no” vote on Proposition 305—a position backed by the teachers union—did not repeal the education savings accounts that allow families to choose customized learning experiences. (Photo: KidStock/Blend Images /Newscom)

Leading up to Tuesday’s election, Arizona’s teachers union and its allies were more bombastic than strategic. But despite the campaign against families’ ability to choose how and where children learn, hundreds of thousands of Arizona parents still can customize their children’s education.

Arizonans’ “no” vote on Proposition 305—a position backed by the teachers union and school boards association—did not repeal the education savings accounts that allow these customized learning experiences. The law enacted in 2011 to create the private accounts remains in place.

In fact, the results of the Arizona ballot measure will allow the program to grow in the future.

And whatever new administration operates the state Department of Education (Republican Frank Riggs leads Democrat Kathy Hoffman by fewer than 10,000 votes in the race for superintendent of public instruction) should finish key upgrades to the management of education savings accounts.

With an education savings account, the state deposits a portion of a child’s funds from the state education formula into a private bank account that parents use to buy education products and services for their child.

Families can pay for textbooks, online classes, and private school tuition. They can even save for college. Unused money stays in the accounts from year to year.

The accounts are distinct from K-12 private school vouchers because students can choose more than one education option or service, such as online classes and a personal tutor, at a time.

Lawmakers in five other states (Florida, Tennessee, Mississippi, Nevada, and North Carolina) have enacted similar provisions. Policymakers in at least a dozen other states have considered adopting the accounts in recent years.

On Tuesday, Arizona voters were asked to consider expanding education savings accounts so that every child attending a public school in the state could apply by 2021. Account eligibility would have increased by three grade levels per year, until all students were eligible to apply.

With 99 percent of precincts reporting, voters rejected the ballot measure, Prop 305, by 65 percent to 35 percent.

It’s important to understand, however, that Prop 305 was the latest effort by special-interest groups to force children to stay in an assigned school.

In 2011, after education savings accounts became law in Arizona, the teachers union and school boards association filed a lawsuit to eliminate the accounts. They did so even though, at that time, the accounts were available only to some of the most vulnerable students, children with special needs. The Institute for Justice and the Goldwater Institute defended participating students, and state courts ruled in 2014 that the accounts could stand.

In 2017, Arizona lawmakers enacted the expansion that gradually would have allowed all public school students the option to apply for an account. Having lost already in court, the union and school board association supported an effort to put the expansion on the ballot.

Once the cap is lifted next year, all of the state’s 130,000 children with special needs will be able to access an account, along with students that meet the other eligibility criteria.

Companies that facilitate health savings accounts and financial technology companies have methods to protect taxpayers and participating families from financial misuse—all at a lower cost than Arizona’s current practices. Heritage Foundation research has explained the benefits from updating account management.

“There’s plenty of room in the program for more families, and we want that,” Clark told a local news outlet. “We want more families to have educational choice and opportunities for their kids.”

“Children are not mere funding units,” she said. “We’ve realized that our children finally have hope for their future.”

Despite Tuesday’s vote, education savings accounts are alive and well in Arizona—and have plenty of room to grow.