With Her Win, Marsha Blackburn Could Become ‘Most Conservative Woman in Senate’ 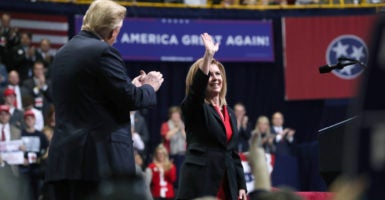 NASHVILLE, Tennessee—Lisa Williams, who cast her ballot Tuesday for Republican Marsha Blackburn in the suburb of Brentwood, said she voted to promote the 15-year House veteran to the Senate because of her character.

“I voted for Marsha, I have met her, and I have watched her over the years. And she is as true to her values as they get,” Williams, voting at the Brentwood Public Library, said of the conservative Republican.

In downtown Nashville, by contrast, Kristen Cullen said that she has met Blackburn’s opponent, Democrat Phil Bredesen, and trusts him.

“He is a great man,” Cullen said, after voting at the Nashville Public Library. “He did a good job with his previous position, he’s not extreme like Marsha Blackburn.”

By the time the polls closed at 8 local time, though, it became clear that Blackburn would become Tennessee’s next U.S. senator after defeating Bredesen, a popular former governor, in their hotly contested race to replace retiring Republican Bob Corker.

With 97 percent of precincts reporting, Blackburn led Bredesen 54 percent to 44 percent, though Fox News Channel was able to call the election in her favor hours earlier.

As of 1:30 a.m. Wednesday, with results still being counted, Republicans had picked up four Senate seats–in Florida, Indiana, Missouri, and North Dakota–to increase their majority. (In the House, Democrats had gained three more seats than the 23 they needed to regain control for the first time since 2010.)

Blackburn’s replacing Corker in the Senate “would be a tremendous upgrade” and “a conservative pickup,” former Virginia Attorney General Ken Cuccinelli predicted in a phone interview Tuesday with The Daily Signal.

“This is not a Republican hold, because Bob Corker was not reliable at all for anything that really mattered to conservatives,” Cuccinelli said.

Corker, who sometimes clashed publicly with President Donald Trump, announced more than a year ago that he would not seek re-election to a third term.

“Marsha Blackburn has the potential, if she follows through as the independent-minded fighter we hope she is, to be the most conservative woman in the U.S. Senate ever,” Cuccinelli said.

Cuccinelli, Virginia’s attorney general from 2010 through 2013, lost his race for governor that year. He currently serves as president of the Senate Conservatives Fund.

Blackburn, 66, has represented Tennessee in the U.S. House since 2003. She previously served in the state Senate.

Michael Sullivan, executive director of the Tennessee Republican Party, told The Daily Signal in an interview Tuesday that Blackburn’s presence in the Senate would be critical to furthering the Republican agenda.

“We have definitely seen how important the balance in the Senate has been just in the last couple months when it comes to judicial confirmations, the passage of the Republican tax cuts, who is sitting on the chairs of these committees,” Sullivan said.

“It’s been very apparent in the news lately that the Democrat obstructionism will continue and will be far, far worse if they were in the Senate majority,” he said.

A total of 35 Senate seats were in play, and Democrats needed to gain two to take control. Going into the elections, Republicans held 51 seats; Democrats had 47, plus the support of two independents.

“Hopefully that will  encourage the Joni Ernsts and Deb Fischers of the world to be more conservative …  but she has potential and we are hopeful she achieves it,” Cuccinelli said, referring to the senators from Iowa and Nebraska.

“That’s a unique element here, that goes beyond just the ordinary politics,” he said. “The media doesn’t really cover the women and minority candidates on the right, whether they are Republican or conservative.”

Trump campaigned for Blackburn, telling a crowd of 12,000 Sunday at the University of Tennessee: “If you want to stop the liberal agenda of high taxes and high crime, you need to vote for Marsha.”

The president warned voters that Bredesen is a “far-left liberal.”

Debbie Deaver, chairman of the Williamson County Republican Party, told The Daily Signal in an interview Monday that she was wary of what Bredesen would do in the Senate because as governor he could be more ambiguous on where he stood on certain issues.

“It is true, when you are a governor, it’s very easy to engage in a lot of nonpartisan politics because you are talking about roads and construction, you know, highways, and those are all nonpartisan issues,” Deaver said.

”As a freshman senator, I don’t think he would have the luxury of charting his own course, unless he wanted to have an office in a broom closet,” she said.

Katherine Hudgins, a Rutherford County resident, said Monday that it was critical for Blackburn to fight against illegal immigration in the Senate.

“Immigration, that’s the No. 1 issue for many Americans right now, especially red state Americans,” Hudgins, a sentinel for Heritage Action for America, the lobbying affiliate of The Heritage Foundation, told The Daily Signal in a phone interview, adding:

We have not had an enormous influx of immigrants here, but we are beginning to see MS-13 [gang members], and we have organizations here that are encouraging illegal immigration, and people here just don’t like it.

We have no problem with legal immigration. But the whole illegal immigration is front and center, especially with this invasion of our country approaching from our neighbors on the south. So that has really garnered a lot of people’s attention. I think that has got to be fixed.

Voters who went to the polls in the Nashville and Brentwood areas shared some thoughts on the Blackburn-Bredesen race with The Daily Signal.

“I feel like he’ll make a good representation of the state for both Republican and Democrat,” Cullen said of Bredesen at the Nashville library.

‘True to Her Values’

“She is one of the hardest-working women I have ever met in my life,” Williams said of Blackburn after voting at Brentwood Public Library. “That woman is in her heels every day going everywhere, doing everything. And I believe in her values and what she is trying to do in our state.”

Williams said she hopes the nation addresses the immigration issue, as she has personally supported illegal immigrants to help them obtain legal status.

“One of them is a U.S. citizen and one of them is not, but I know she is trying to get on the legal path. And they have two children, we actually moved them here from California,” Williams said. “And one of the stipulations was [to] begin the process immediately, and [we] even offered to financially help support that.”

“I am not for just letting people in. I just don’t think we can do that,” she said. 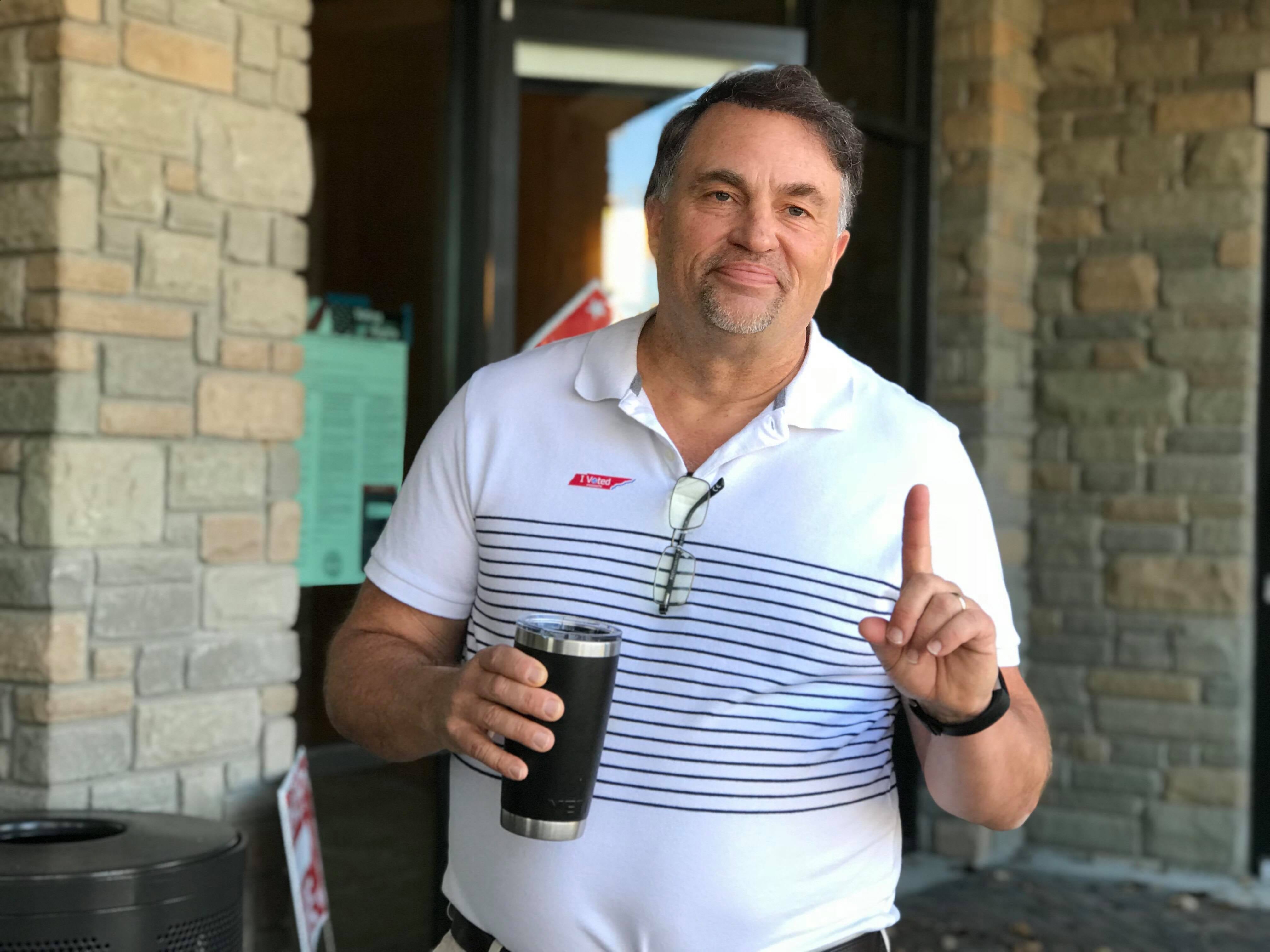 Ken Oakes, also voting at the Brentwood library, said he cast his ballot for Blackburn because he doesn’t want to see Democrat obstruction increase in Congress.

“I think Phil Bredesen is a great candidate, and I like Phil Bredesen,” Oakes said. “But I think I have to vote for the Republican because I am afraid he would vote against what is going on up in Washington, and we don’t need any more dissension or trouble. We want to keep [the] majority of the House and Senate, or at least the Senate.”

Oakes said he also voted for Blackburn because he is concerned about border security. 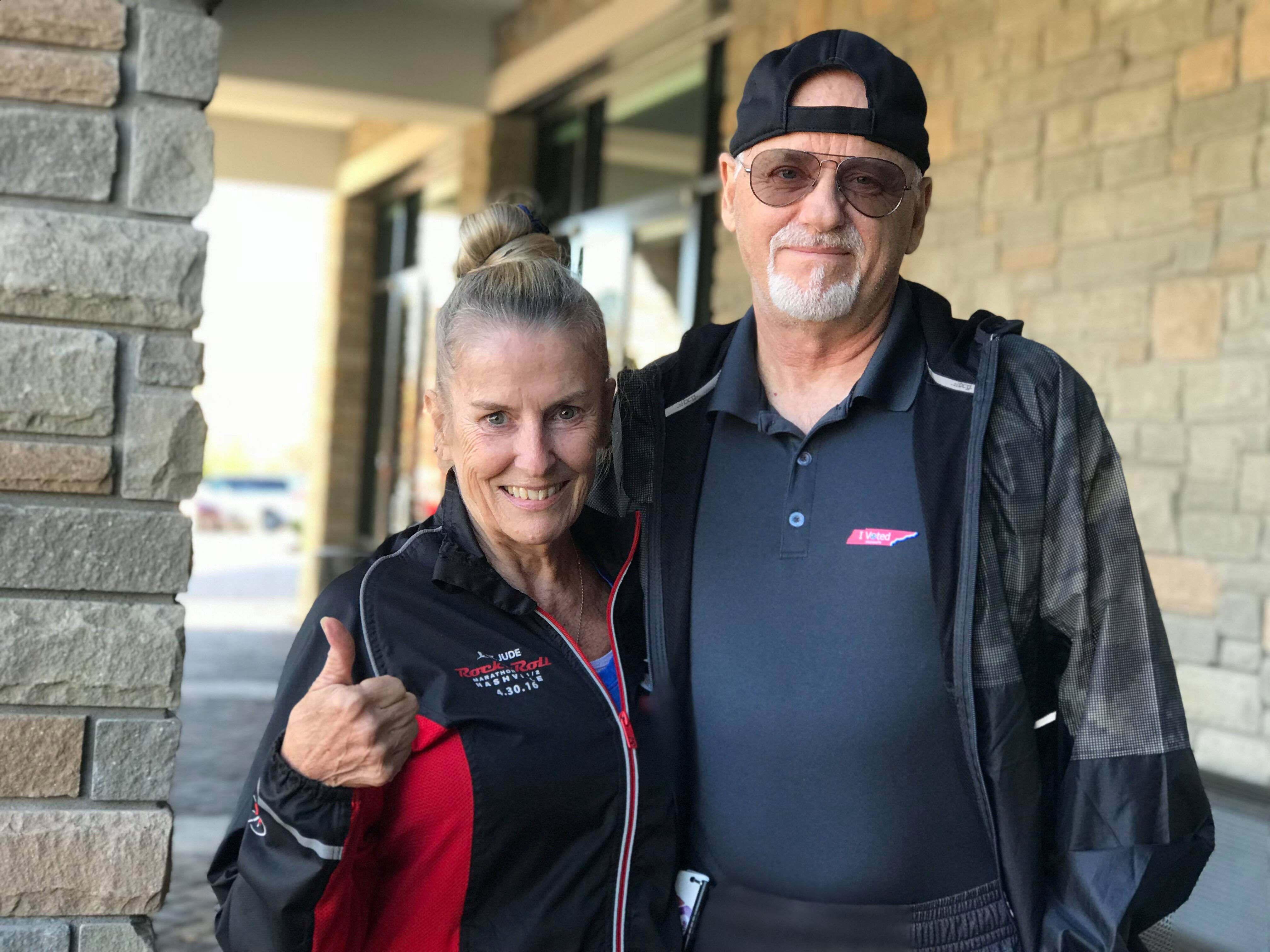 “They are hiring all over the place,” Lynn Chater says. (Photo: Rachel del Guidice/The Daily Signal)

Lynn Chater, voting in Brentwood, said she supports Blackburn and wants to see her build on the successes of the Trump administration.

“Build the wall … keep the economy going, because there are ‘help wanted’ signs all over, they are hiring all over the place,” Chater said. 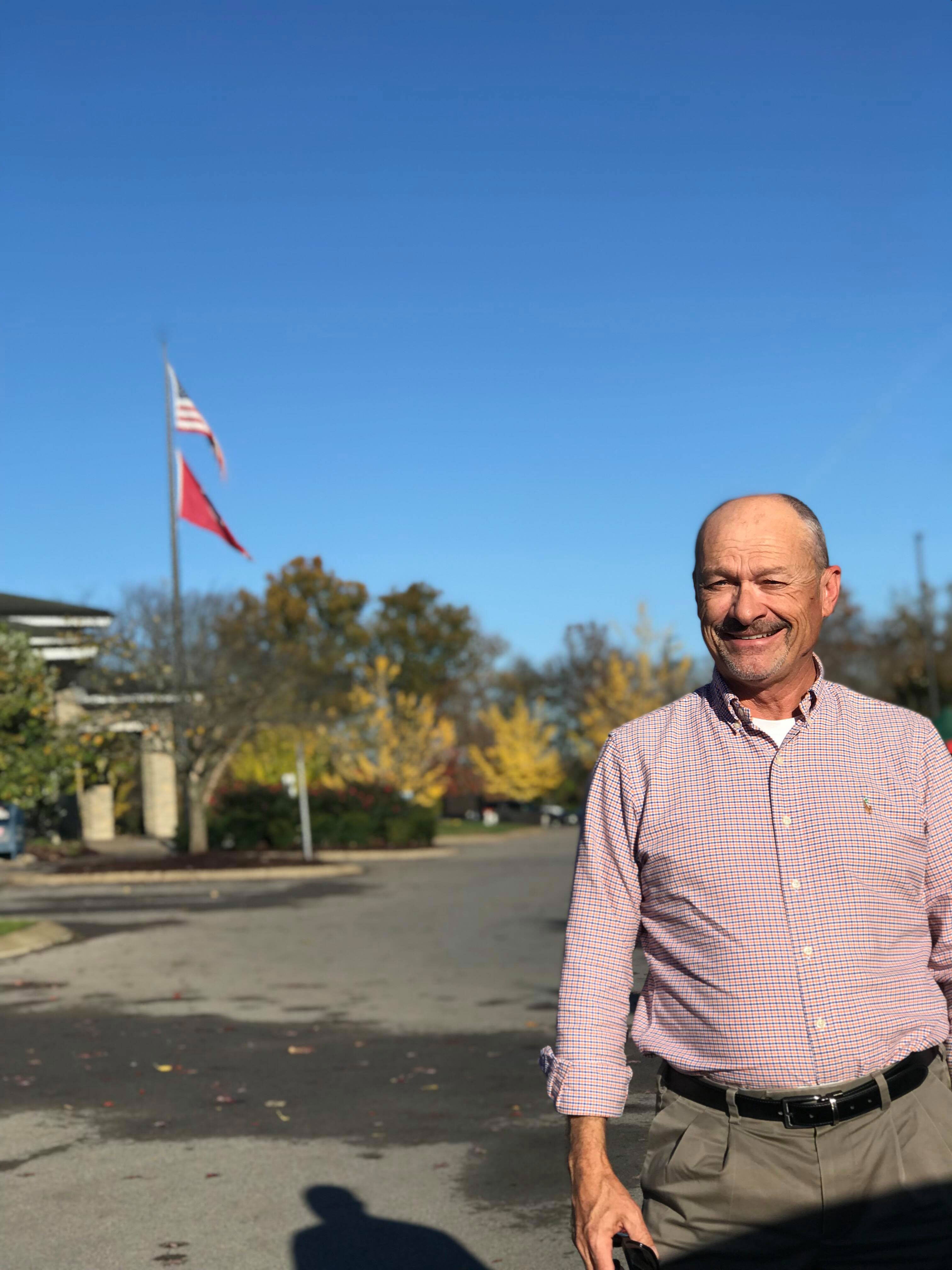 David Ray, an Uber driver, said he supports Blackburn and is concerned for the future of the country because of the public’s inability to listen and consider differing opinions.

“Everybody’s tribalized. Everybody only listens to what they want to hear,” Ray said, adding:

Like on Facebook, only your friends agree with you. Nobody is allowed to have a difference of opinion anymore because you’re attacked ruthlessly. It’s one of the beauties of Trump. Trump doesn’t care. He just doesn’t care.

He’s a historical figure of great significance. You laugh at him all you want to, but he’s a very important figure in world history because he understands that Western civilization will be gone [without action]. You take the Western civilization out of the planet, then you’re basically left with China. You may think that you want that, but when you get it you may not want it as much as you think.