How the Justice Department Is Getting Smarter on Corporate Crime 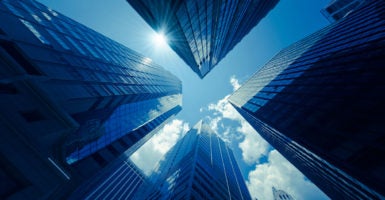 The Department of Justice recently issued a revamped policy for using and selecting corporate monitors to resolve criminal matters with corporations and businesses.

Corporate monitors are private firms—such as law firms and consulting companies—selected by the government to act as an internal regulator within corporations and businesses that the Justice Department has accused of, or charged with, committing federal crimes.

When the Justice Department has charged a corporation or business with a federal crime, the company will enter into a pretrial diversion agreement (and in some instances a plea agreement) with federal prosecutors, which can include, among other things, a provision that requires the companies to hire a corporate monitor to oversee its ongoing compliance efforts.

The practice of using pretrial diversion agreements and corporate monitors began slowly in the 1990s, but sharply increased after the Enron scandal and the Justice Department’s disastrous prosecution of Arthur Andersen in the early 2000s.

During that time, the department initiated a broader effort to prioritize white-collar crime and corporate accountability without running companies into the ground (as it did with Andersen).

Yet the department has struggled over the years to formulate best practices for using pretrial diversion agreements and for selecting corporate monitors.

The Ashcroft Group charged the company it was tasked with overseeing a monthly fee of $1.5 million to $2.9 million over a period of 18 months—quite a payday, and one that brought the department’s use of corporate monitors under close public scrutiny.

In 2008, then acting Deputy Attorney General Craig S. Morford issued the Morford Memorandum, which instructed prosecutors to use a cost-benefit analysis to determine if the use of a corporate monitor was appropriate.

Instead, the guidance simply instructed federal prosecutors to examine: “(1) the potential benefits that employing a monitor may have for the corporation and the public, and (2) the cost of a monitor and its impact on the operators of a corporation.” Hardly the type of robust analysis one might expect.

The new policy, issued in the Benczkowski Memorandum, attempts to change that.

First, it emphasizes that “the imposition of a monitor will not be necessary in many corporate criminal resolutions, and the scope of any monitorship should be appropriately tailored to address the specific issues and concerns that created the need for the monitor.”

The objective is to prevent real or perceived abuse of corporate monitors in the future.

According to Benczkowski, “[the] goal here is to ensure that the [selection] process is fair, ensures the selection of the best candidate, and avoids even the perception of any conflicts of interest.”

The policy now requires prosecutors to certify in writing that, when selecting a corporate monitor, they have complied with all conflict-of-interest guidelines.

In his speech, Benczkowski also remarked that “[u]ltimately, a monitor should benefit the company, its employees, shareholders, and the public by effectively furthering the goal of preventing and detecting future misconduct.”

These comments are a further indication that the department is committed to taking a more pragmatic enforcement approach to white-collar and corporate crime, as Deputy Attorney General Rod Rosenstein announced earlier this year—an approach that prioritizes individual accountability for crime and not liability for the corporation as a whole.

Holding corporations responsible for the criminal acts of a few senior or executive-level managers is often ineffective and often punishes the wrong people—innocent employees, retirees, and shareholders.

The Justice Department’s recent announcement of a revised corporate monitor policy shows the department, under President Donald Trump and Attorney General Jeff Sessions, remains dedicated to the fair and impartial administration of justice for all Americans and is further committed to a sensible law enforcement approach to corporate crime.

It is commendable, and the department should be recognized for it.