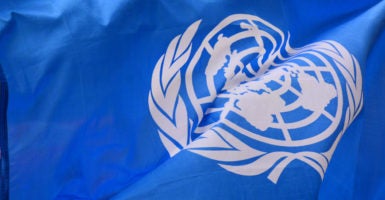 "Carbon taxes of the magnitude suggested in the report would bankrupt families and businesses and trigger a global economic disaster," writes Nicolas Loris. (Photo: Imnature/Getty Images)

What will it take to keep the planet habitable?

According to some eco-warriors, all that’s necessary is to end capitalism—the one economic system that has lifted billions from poverty and suffering.

The sentiment is not new. Three years ago, while pushing for the Paris Climate Accord, U.N. climate official Christiana Figueres described the strategy this way:

“This is the first time in the history of mankind that we are setting ourselves the task of intentionally, within a defined period of time, to change the economic development model that has been reigning for at least 150 years, since the Industrial Revolution.”

To accomplish such a feat, the new report proposes an energy tax of epic proportions. It claims that, to keep warming in check, by 2030 we’ll need to impose a tax of between $135 and $5,500 on every ton of carbon emitted.

And that’s just for starters. By the end of the century, the authors say, we’ll have to jack the tax up to as much as $27,000 per ton.

How would that play out in the real world, where conventional carbon-emitting fuels currently generate about 80 percent of all energy consumed? Carbon taxes of the magnitude suggested in the report would bankrupt families and businesses and trigger a global economic disaster.

Using the same model as the federal government’s Energy Information Administration, Heritage Foundation analysts estimated the economic impacts of a $37 per ton carbon tax—less than a third of the panel’s lowest recommendation.

The model indicates that, at $37 per ton, the tax would reduce U.S. aggregate gross domestic product by more than $2.5 trillion over the next 17 years. That translates to more than $21,000 in lost income, per family. It would also destroy more than a million jobs, half of them in energy-intensive manufacturing sectors.

The higher the tax goes, the greater the economic damage. At $135 per ton, the model crashes. These costs are far higher than most Americans are willing to pay.

According to a poll from the Energy Policy Institute at the University of Chicago and the AP-NORC Center for Public Research Affairs, only a little more than half of us would shell out as much as a buck a month to reduce carbon emissions. At $20 a month, the poll found, only 27 percent of the public is willing to pay to combat climate change. Even among households earning more than $100,000, only 46 percent were willing to pay as much as $20 a month.

And it’s bound to be doubly discouraging when they consider that these polls failed to mention that, while high taxes would destroy the globe’s economic system, they would produce virtually no “climate benefit” at all.

In the developing world, more than 1.4 billion people still suffer from energy poverty. The U.N. report means nothing to them. Their priority is gaining access to energy and the economic growth it allows. They will continue to increase their greenhouse gas emissions, no matter how loudly the U.N. sirens blare.

Yes, developing countries are spending money on green technologies, but they’re also building a lot of new coal plants. The current and projected use of fossil fuels, including coal, almost certainly guarantees that the report’s reduction targets won’t be met through some massive energy overhaul.

Screaming that the sky is falling hasn’t worked well for climate activists in the past, and there’s little evidence that will change. Offering solutions to climate change that would require a complete makeover of the global economy and plunge developed nations into deprivation are unrealistic and counterproductive.

Originally published by the Washington Times.