How California Became Exhibit A for a Self-Inflicted Housing Crisis 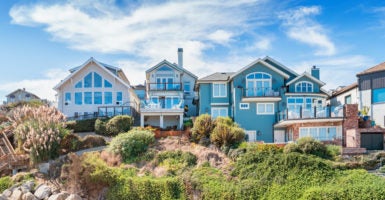 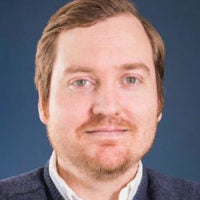 Jonathan Wood is an attorney at Pacific Legal Foundation.

The California tech boom should have been the engine for widely shared prosperity and renewal. Instead, contrary to the state’s uber-progressive reputation, California has the highest real poverty rate in the nation.

One-fifth of the population of the state falls below the poverty line when the cost of living is taken into account.

That dire statistic is largely a result of a single factor: skyrocketing housing costs.

The Golden State’s housing problem is an exaggerated version of a problem occurring in cities and states nationwide. As in other areas, California’s housing crisis is largely artificial, a result of misguided and excessive regulation.

We are not building enough housing—particularly affordable housing—in the places where it’s most urgently needed.

The problem is most acute in cities, which promise tremendous economic opportunities—only to have them eaten away by housing costs.

In California, an aggressive NIMBY (“not in my backyard!”) outlook manages to block even housing that almost everyone acknowledges is urgently needed—namely, dense, urban development near transit.

Faced with a choice between promoting this type of desirable, sustainable development and bowing to anti-development activists, California cities have clearly picked the latter approach.

Often, urban redevelopment is blocked for reasons that sound like satire.

In August, for instance, San Francisco was sued for blocking the construction of an apartment building near public transit and with 10 percent of the units designated for below-market price, affordable rents. The proposed building’s offense: It would cast a shadow.

San Francisco claims that “casting a shadow” is an impermissible environmental impact under the California Environmental Quality Act, a law that has long been used to stymie housing construction.

In making this claim, the city’s Board of Supervisors had to overrule its own Planning Department, which had rejected the “shadow theory” as unlawful.

Under the state law, a building’s shadow may be considered an environmental impact if it would affect the use of a public park. Acknowledging this isn’t the case, the board asserted that shadows falling on any area that even could one day become a park are also forbidden.

California’s housing problem is a funhouse-mirror version of what’s happening across the country. Too often, local politicians bow to the most vocal activists who oppose any development.

The losers in this dynamic are young workers and working-class families, who find themselves locked out of residential housing in many urban areas by high rents.

What can be done to address the affordability problem?

The obvious answer is to build more housing. Other measures, like subsidies for low-income families or requirements that developers set aside more units at below-market rates, may ease the pain for the relatively few who are lucky enough to benefit from them.

But those won’t address the larger problem that adequate housing isn’t being built in the economically thriving areas where people want to live.

States can improve the situation by restricting the circumstances where local governments can prevent housing construction at the behest of local special interests. The federal government and federal courts can invoke their power under the 14th Amendment to protect property rights from the worst state abuses.

But ultimately, fixing this problem is going to require more people speaking up to counter the arguments of the more strident anti-housing advocates.

Without political pressure, local politicians will continue to kowtow to the loudest activists in the room. If they do, it’s easy to predict the consequences. Just look at California.

More families will be squeezed out of the places they want to live by exorbitant prices. Economic opportunities will be lost, especially for the working poor and minority populations, who already face substantial disadvantages.

The only winners from this cruel game will be local politicians and the anti-development activists they serve.

Thankfully, recognition of this problem is growing. Economists have reported that regulatory constraints on housing are reducing the size of the U.S. economy by 14 percent.

Progressives have observed that the harms of this regime fall disproportionately on low-income and minority households. Meanwhile, libertarians denounce barriers to housing as arbitrary restrictions on property rights.

This broad agreement on the evils of excessive housing regulation shows that reform is possible, if we’re willing to work for it.