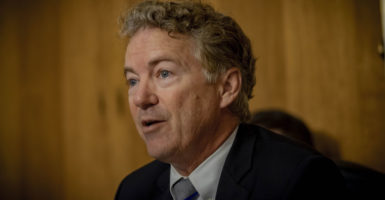 As Paul was exiting the airport Monday, the group of several women began shouting at Paul, asking him if he would call for an investigation into Kavanaugh. Paul did not respond and continued walking, to which one of the women said, “Women deserve better than silence, Mr. Paul.”

The protesters also screamed “shame” at Paul as he walked out. This comes the same day a group of protesters chased down Georgia Republican Sen. David Perdue and his wife at the same airport.