Why Single-Payer Would Make Health Care Worse for Americans 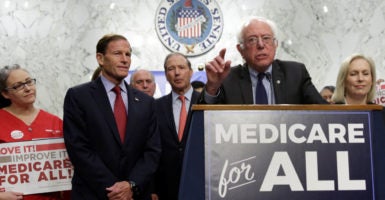 Vermont Sen. Bernie Sanders' "Medicare for All" bill fails to provide sources for half of the funding needed to implement it, according to the Urban Institute. (Photo: Yuri/ Gripas/Reuters/Newscom) 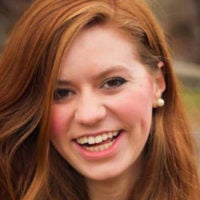 Advocates of single-payer health care—like Sen. Bernie Sanders, I-Vt., with his “Medicare for All” legislation—suggest Americans would enjoy a health care utopia if only the government took over.

But claims of lower costs and better, more efficient care are widely overblown. Here are the facts.

While there are a variety of “single-payer” proposals—including several state proposals—Sanders’ “Medicare for All” bill is the most prominent. His plan would finance the national insurance program through a combination of payroll and income taxes, and it would replace private and employer-sponsored health insurance and existing government health programs—including Medicare itself.

Under the Sanders plan, only the Veterans Administration and the Indian Health Service would remain largely as they are today.

How Much Would It Cost?

The cost of a single-payer system would depend upon its design, benefit levels, and scope of coverage. In the case of Sanders’ proposal, estimates consistently show that the plan would impose dramatic obligations on the federal taxpayer, and that the proposal would incur substantial annual deficits. For example:

Advocates argue that single-payer would save the nation money by reducing administrative costs, eliminating the administrative expenses of marketing and advertising private health insurance, managing private benefits and utilization, and securing profits.

But pointing to Medicare’s low percentage of administrative costs is over-simplistic and misleading.

How Would Single-Payer Control Health Costs?

Single-payer would control costs by capping the amount spent on health care through a global budget, imposing a system or price controls or payment reductions on doctors and other medical professionals, or some combination of both.

In a normal market, cost control is a function of supply and demand. Where there is no market, there are no such market forces, and the control of costs must be ultimately an administrative or legislative function.

Government officials cannot control demand—they can only control supply. So, in effect, cost control in the single-payer system is inevitably supply control. Control over the supply of medical services is secured through a global budget, price controls, or regulations on payment and price.

Would Taxes Go Up Under Single-Payer?

The tax burden would be enormous, roughly doubling the current tax obligations for today’s taxpayers.

One funding option Sanders proposes is a 7.5 percent payroll tax, plus a 4 percent income tax on all Americans, as well as a wide variety of specialized taxes on investments and taxes targeted to higher-income Americans. (He outlines these tax proposals as options, but they are not included in the latest version of his bill.)

The problem is that even the proposed set of new federal taxes are insufficient to fully fund the Sanders program. One estimate suggests the proposal would require combined payroll and income taxes of 20 percent. In a fully-funded Sanders program, a vast majority of working Americans would pay more for health care than they do today:

The bottom line: Compared to what most Americans pay for health care today, a fully funded program—as envisioned by Sanders—would cost more for 71 percent of the nation’s working families, including low-income families, according to Thorpe.

Would Everyone Get Equal Access to Health Care Under Single-Payer?

No. The British and Canadian experiences with single-payer demonstrate that universal government coverage is not the same thing as universal access to quality care. Moreover, social inequalities in accessing care, based on wealth or political influence, are often exacerbated.