Americans Agree With Geoffrey Owens: There Is Dignity in Work 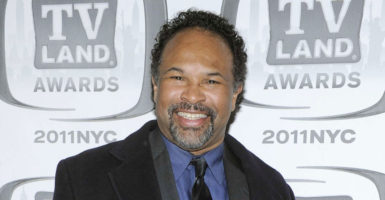 Actor Geoffrey Owens received a wave of support after images surfaced in the media of him working at Trader Joe's, a story many labeled as "job shaming." (Photo: Behar Anthony/Sipa/Newscom)

To some it may seem like a man-bites-dog story.

Geoffrey Owens, a Hollywood actor famous for his role as Elvin Tibideaux on “The Cosby Show,” had been working at Trader Joe’s for 15 months to provide for his family in between acting opportunities.

When photographs of him working were published by media outlets, people from all walks of life defended Owens and denounced the coverage as “job shaming.”

Yet in the wake of the scandal, a valuable conversation about work has emerged.

Owens himself offered a passionate defense of honest work in a clip posted by Time on Twitter.

In the clip, Owens said he hoped his experience would lead to a “new recognition … about work and about people working,” specifically “the dignity of work and the dignity of the working person.” He also noted that “one kind of work is not better, superior, than another kind of work.”

Owens is spot-on, of course. But it’s worthwhile to highlight something that’s often been overlooked in our national discussion: Owens’ sentiments—and the positive public response to them—demonstrate broadly held American attitudes toward work.

According to a 2016 Pew survey, most working adults felt that their job provided them a sense of identity, as opposed to just being what they did for a living. Seventy percent of Americans in the 2016 General Social Survey agreed that they would enjoy having a paying job even if they didn’t need the money.

Moreover, Gallup polling shows that 92 percent of working adults were satisfied with their jobs in 2017—up from 87 percent when the question was first asked in 1993.

These positive feelings toward work may come as no surprise to many. In fact, social scientists have long linked work to human happiness and well-being.

For example, prominent social psychologist Jonathan Haidt posits in his book, “The Happiness Hypothesis,” that human happiness and well-being are fundamentally connected to work.

According to Haidt, humans have a “basic drive to make things happen,” and most people fulfill this need through work. Alongside a couple of other factors, he argues, work provides a sense of meaning and purpose in people’s lives.

And there is reason for optimism about work in our society today.

Last month, the economy added 201,000 new jobs while the national unemployment rate continued near a generational low of 3.9 percent. Additionally, the August unemployment rates for African-Americans and Hispanics were the second- and third-lowest rates ever recorded, respectively, for each group.

This good economic news should be celebrated by all Americans. But there is still work to be done.

A July report from the White House Council of Economic Advisers found that most able-bodied recipients of means-tested government assistance work few hours or not at all. In fact, the majority of work-capable Medicaid and food stamp recipients did not work any hours while receiving assistance in 2013.

Of particular concern is the report’s conclusion that “a significant body of evidence generally suggests that welfare programs which do not require work reduce employment among adults.”

Given the link between work and human well-being, government programs that seemingly discourage work for able-bodied adults are counterproductive and wrong.

Rather, government programs should encourage those who are able to work to do so, because work would enhance their well-being and flourishing.

Owens is right: There is dignity in honest work, whatever it may be. Social psychology and public opinion support this idea. Government programs should, too.