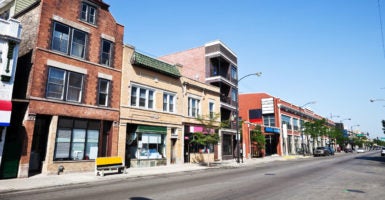 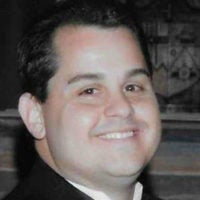 Joseph Semprevivo is president and CEO of Joseph’s Lite Cookies. He is also an adjunct professor of finance, real estate, and insurance at Indian River State College and the author of "Madness, Miracles, Millions."

It’s been a banner year for small businesses, and this week was no exception. Small business confidence has now reached its highest level on record.

Economic growth in the most recent quarter exceeded 4 percent. Wages are rising at their fastest pace in a decade, giving Americans more disposable income to spend on Main Street. Retail sales have smashed expectations, and consumer sentiment is also touching all-time highs.

Where is this growth coming from?

One could list multiple factors, but a big one is the tax reform passed late last year. In that reform, small businesses like mine received a new 20 percent tax deduction, allowing us to protect one-fifth of our earnings from taxes—money that can be used to expand, invest, hire, and raise wages. This small business tax relief was long overdue.

But another big factor is less talked about. Earlier this summer, the Trump administration issued a new rule to expand association health plans, which allow small businesses to group together to negotiate lower health care costs.

These plans were popular health care vehicles in decades past—at one point, about 1 in 4 employers offered coverage through such arrangements. But Obamacare and other state and federal regulations nearly regulated them out of existence.

This new rule will allow association health plans to be a lifeline once again for small businesses suffering from inflated health care costs.

Obamacare imposed huge cost burdens on small businesses. This drove down the percentage of small businesses offering health care coverage by about one-third between 2008 and 2015.

Crucially, the rule expanded association health plans to sole proprietorships, which make up about 85 percent of U.S. small businesses but had been shut out of small business health care options. Until this change, sole proprietorships had been largely forced to contend with the dreaded individual marketplace, where premium costs doubled between 2013 and 2017 and are set to double again over the next three years.

My business, Joseph’s Lite Cookies, is excited about joining an association health plan and cutting our health care costs for both the business and our employees. We are currently surveying the landscape of opportunities at the state and federal level before making a decision based on what’s right for us.

Small businesses are integral to the American economy. They account for half of all jobs and two-thirds of new jobs. Expanded association health plans, the tax cuts, and the strongest economy in a generation are now strengthening our country’s small business backbone.

America’s 30 million small businesses are not taking this good fortune for granted. And neither should the general public.