Opposition to Kavanaugh Is Failing Because It’s Meritless 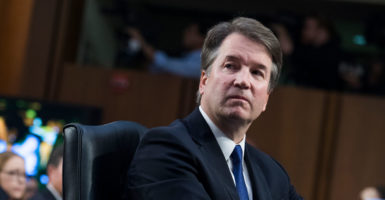 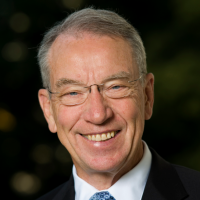 The American people have had a chance this week to hear directly from Supreme Court nominee Brett Kavanaugh in what might be the longest nomination hearing in Supreme Court history.

For more than 32 hours, Kavanaugh has sat before the TV lights of the Senate Judiciary Committee, fielding questions from our 21-member panel.

By any measure, his testimony was outstanding.

In the face of a coordinated effort by opponents to derail the hearing, Kavanaugh was unflappable, showcasing his deep understanding of case law and legal precedent, his judicial independence, and his unwavering fidelity to the Constitution.

His straightforward, patient, and articulate responses to questions outshined a steady stream of outbursts and interruptions that I have not witnessed in the 14 other Supreme Court nomination hearings that I have attended.

Kavanaugh’s qualifications for the high court are unquestionable. He has been praised by legal scholars, practicing attorneys, and community leaders from across the political spectrum.

His more than 12 years of service on the U.S. Court of Appeals for the D.C. Circuit, the second-highest court in the land, earned him the highest rating from the American Bar Association.

Democratic leaders previously have called the bar association rating the “gold standard” for evaluating judicial candidates, and they’ve acknowledged that nominees’ judicial records are the best indication of their judicial philosophy. Despite this, many Democrats announced their opposition to Kavanaugh within hours of his nomination—several weeks before the Senate Judiciary Committee confirmation hearing was even scheduled.

Unable to point to any blemishes in his background or judicial record, they’ve turned to criticizing the process.

They’ve complained that they didn’t have enough material to evaluate his years of public service, and they’ve claimed that much of the material they do have couldn’t be used to question the nominee.

Some have even publicly released legally restricted documents in defiance of committee norms and Senate rules. But these acts are nothing more than political stunts to distract from Kavanaugh’s impeccable credentials and to placate the political left.

The reality is that this committee received more records from Kavanaugh’s executive branch service than from the previous five Supreme Court nominees combined.

The committee has taken more time to evaluate this material than it has for previous nominees. I’ve worked to ensure that more people have more access to this vast trove of information than ever before.

I’ve even offered 24/7 access to sensitive records to all senators, including those who aren’t on the committee. For several weeks, I pledged to work with my committee colleagues to responsibly release sensitive material they wished to discuss.

While only one Democrat took me up on this offer ahead of the hearing, my staff worked through the night to facilitate 11th-hour requests from multiple Democrats during the hearing—all of which were honored.

But playing by the established rules doesn’t square with their talking points or satisfy the radical left.

There’s no question that Kavanaugh has a lengthy paper trail, which is why I’ve been committed from the start to having the most transparent evaluation process in history. This transparency has served to further underscore his exceptional legal skills, thoroughness, independence, and unimpeachable character.

Kavanaugh is, without a doubt, one of the most qualified and prepared candidates I have ever encountered in my 38 years on the Judiciary Committee. He will make an exceptional justice on the Supreme Court.