Meet the Man Who Saved Early America From Debt 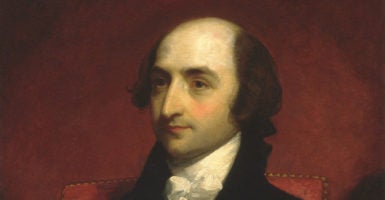 Jefferson knew that Albert Gallatin was controversial, but the nation's third president did not hesitate to appoint him as secretary of the treasury. (Photo of painting: akg-images/Newscom)

Gregory May is an internationally known tax expert with a long career in tax and corporate finance.

When Thomas Jefferson appointed Albert Gallatin to be secretary of the treasury in 1801, Federalists expected the worst.

They had just lost the presidency for the first time, in an election so sharply contested that it took 36 ballots in the House of Representatives to make Jefferson president. They had also lost their majority in Congress.

Now Jefferson was putting the man who had led the Republican congressional opposition in charge of the largest and most powerful department of government.

They knew this man Gallatin all too well. He was a foreigner, a tax rebel, and a dangerously clever man. For the last six years, he had been the ablest and most vocal critic of the federal financial system. His objections to taxes, federal spending, and public debt were relentless.

Now he would turn those objections into policies that would endanger the fragile federal regime. At the least, he would starve the embryonic military establishment in order to repay the debt.

Gallatin had come to national attention only six years earlier when the Pennsylvania backcountry rose against Alexander Hamilton’s tax on distilled spirits in what later would be called the Whiskey Rebellion.

Gallatin had taken a lead in the early protests against Hamilton’s whiskey excise, but he opposed the protesters’ turn toward violence. His moderation earned him respect and an unexpected election to Congress.

Hamilton was a formidable man, “an host within himself” in the biblical phrase Jefferson later applied to him. He had the support of Washington, the virtually unassailable embodiment of revolutionary virtue. And he had a masterful grip on public finance, a subject with which Madison, Jefferson, and their supporters struggled. Hamilton’s Treasury operations bewildered them; they could not escape the feeling that he meant to dupe them.

Gallatin was an essential addition to the Republican cadre when he entered the House in 1795. His natural talent with numbers and his experience with public finance in Pennsylvania at last put the Republicans on equal terms with the Treasury.

Gallatin demystified Treasury operations, showed how the Washington administration had increased the public debt, and exposed the administration’s financial proposals to more open debate. He had an instinct for making shrewd amendments, often—his opponents complained—at the end of the day when they were tired or distracted.

His speeches were persuasive, and despite a thick French accent, his delivery was compelling.

Madison was soon reporting to Jefferson that Gallatin was “a real treasure,” and at his aerie in Virginia, Jefferson caught Madison’s enthusiasm. “If Mr. Gallatin,” he wrote, “would undertake to reduce [Hamilton’s] chaos to order, present us with a clear view of our finances, and put them into a form as simple as they will admit, he will merit immortal honor. The accounts of the U.S. ought to be, and may be made, as simple as those of a common farmer, and capable of being understood by common farmers.”

And Jefferson never swerved from that conclusion. The year after he left the presidency, he urged Gallatin to remain at the Treasury. Repayment of the public debt was “vital to the destinies of our government,” he reminded the treasury secretary, and “that great hope” would be lost without him.

Gallatin deserves a properly historicized treatment. The politics and economics of another time were more complicated than they appear in retrospect, and the fiscal policies of the past often turned on factors that elude us in hindsight.

It is not enough to look at the taxes they repealed and the debt they repaid, the troops they disbanded, and the national bank they closed. Nor is it enough to generalize about their economic and social aspirations, their agrarian bias, and their views on political economy.

We need to watch the actors struggle over practical decisions and deal with unwanted contingencies. Instead of simply quoting their rhetoric, we must ask what they accomplished and why they failed. We must get to know the man who was in charge of the Treasury.

All three men rejected Hamilton’s vision for America, but only Gallatin was capable of undoing the fiscal system through which Hamilton had hoped to implement it.

Gallatin was treasury secretary for 12 years, longer than anyone else would lead an executive department for the next century. He put the country’s finances on a bold new republican course.

He abolished internal revenue taxes in peacetime, slashed federal spending, and repaid half of the national debt. He stoutly resisted military spending because he thought a well-armed government was more likely to waste the country’s resources in war.

His frugality became the hallmark of American public finance for more than a hundred years. His statue on a tall pedestal in front of the Treasury building bears witness to his hold on the American imagination well into the 20th century.

This excerpt was published with permission from the book, “Jefferson’s Treasure: How Albert Gallatin Saved the New Nation from Debt” (Regnery, 2018). 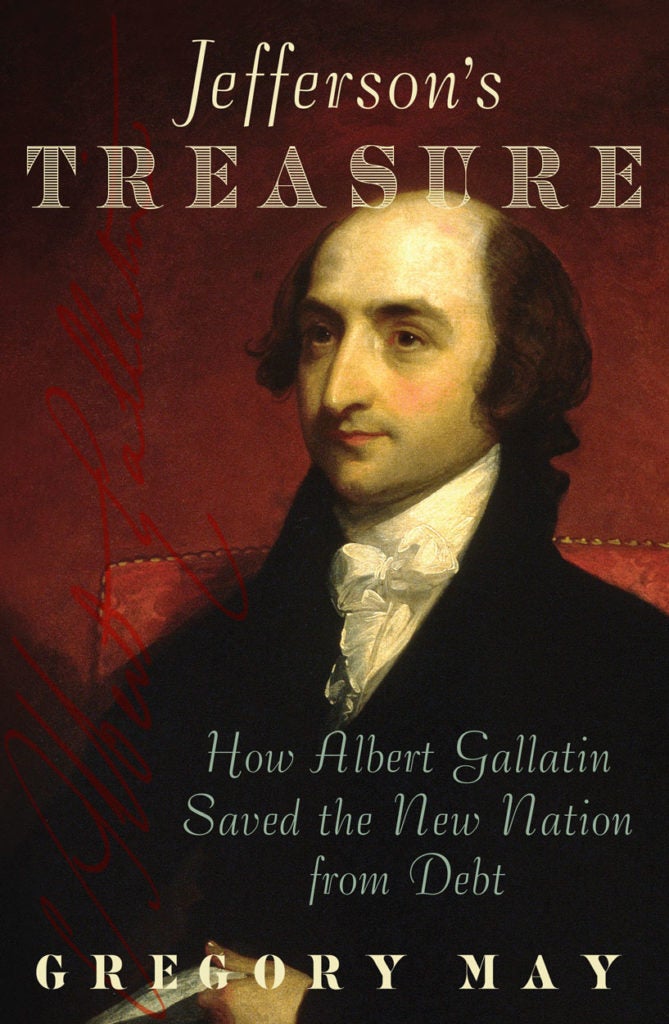