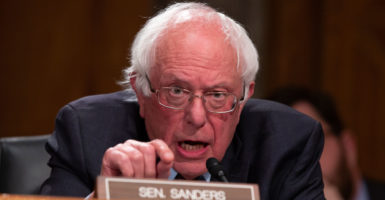 Meanwhile, the Young Democratic Socialists of America (YDSA) are gaining influence on college and high school campuses, claiming to have organizing activities planned at more than 250 campuses across the nation.

The YDSA website describes the group’s vision as “a humane social order based on popular control of resources and production, economic planning, equitable distribution, feminism, racial equality and non-oppressive relationships.”

Many on the right question this vision, pointing to countries such as Venezuela and Cuba as examples of socialist disasters. Democratic socialists claim those countries implemented socialism “incorrectly” or that other factors are to blame.

They prefer to cite Norway, Sweden, and Denmark as examples of socialist success. There are, however, several key problems with that.

First, these countries are not technically socialist. By the YDSA’s definition, socialism entails a centrally planned economy with nationalized means of production. Although these countries have high income taxes and provide generous social programs, they remain prosperous because of their free-market economies.

Denmark ranks as the 10th most economically free country in The Heritage Foundation’s Index of Economic Freedom, which cites free-market policies and regulatory efficiency as reasons for the high standard of living. Sweden is ranked 15th and Norway 23rd, both with similar descriptions of thriving private sectors and open markets.

These three countries are clearly not operating under centrally planned economies, or their economic freedom scores would be significantly lower.

Second, the success of these countries is clearly based on a capitalist foundation, and it predates the expansion of social programs. Sweden, for example, became a wealthy country in the mid-20th century under a capitalist system with low tax rates.

Social programs and high tax rates were not implemented until the 1970s, which caused the economy to significantly underperform and unemployment to rise.

In recent years, Sweden has been privatizing socialized sectors, such as education and health care, cutting tax rates, and making welfare less generous. Even though tax rates and government spending remains comparatively high, open-market policies generate the revenue to support the spending.

Finally, these countries are largely homogeneous and have a culture that is conducive to a large welfare state. Scandinavians are described as hardworking citizens with extremely high levels of social trust and cohesion.

By contrast, America is a much larger country with lower levels of social trust, and therefore, a comparison is difficult to assess. Norway, Denmark, and Sweden are not democratic socialist countries that the U.S. can be accurately compared with, and could be better described as “compassionate capitalists.”

As such, the “democratic socialists”—as they define socialism—are left with no successful examples of their vision, only disastrous ones.