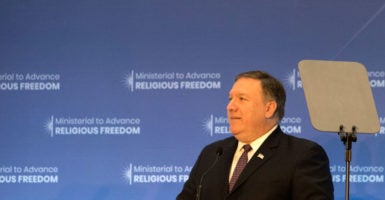 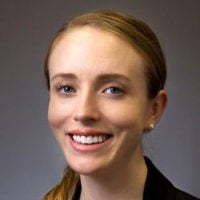 Last week may have marked an inflection point for international religious freedom.

Historically, governments that strongly protect religious freedom have been a rarity. It is no small thing, then, that essentially all countries are now willing at least to pay lip service to the idea, enshrined in the Universal Declaration of Human Rights, that religious freedom is a universal and fundamental human right.

But the gap between what countries say about religious freedom and what they actually do is often depressingly immense.

In this context, last week’s first-ever Ministerial to Advance Religious Freedom at the State Department was truly historic. The U.S. government organized and hosted the meeting, bringing together 80 countries and roughly 400 civil society and religious leaders.

The event has already produced two results: first, a roadmap toward a new era of concerted international efforts to truly protect religious freedom, and second, solid evidence of just how dire the present situation is.

The roadmap toward a new era of actual as opposed to merely hypothetical international support for religious freedom came in the form of two documents released by the U.S. government at the conclusion of the ministerial: the Potomac Declaration and the Potomac Plan of Action.

The Potomac Declaration, to the extent that other nations answer the U.S. invitation to endorse it, will be the strongest and most comprehensive international statement on religious freedom to date. In concise but strong language, it offers both of the classic arguments for religious freedom—that it is a pre-political right that governments cannot justly take away and that protecting religious freedom promotes human flourishing in a variety of ways.

If that new era materializes, the ministerial itself will have been the first step toward it.

Secretary of State Mike Pompeo has announced that this Ministerial to Advance Religious Freedom will recur annually. Other governments have agreed to host similar regional meetings in the near future.

Additionally, government delegations participating in the ministerial had the opportunity to endorse six statements: three country-specific statements on the religious freedom situations in Burma, China, and Iran, and three thematic statements concerning blasphemy and apostasy laws, counterterrorism, and repression by non-state actors.

These statements and, in particular, the countries that have and have not been willing to sign on to them, demonstrate clearly how much work remains to be done on religious freedom.

To advocates of religious freedom, these six statements describe critical truths and contain nothing controversial—yet only two countries, the United States and Canada, were willing to sign all six statements. (Noticeably, the United Kingdom signed each of the statements except for the one on Iran.)

The statement on China received the least support, with only four countries co-signing it: Canada, Kosovo, the United Kingdom, and the United States. Yet China is known to engage in or tolerate systematic, ongoing, egregious violations of religious freedom—violations that were highlighted through the testimonies of Chinese victims during the ministerial. Those violations have earned the designation by the U.S. government as a country of particular concern (CPC).

One of the greatest challenges to the advancement of international religious freedom is that governments are often more interested in preserving the diplomatic status quo than in speaking against violations of even the most fundamental human rights.

What the relatively small number of signatories to the statement concerning blasphemy and apostasy laws shows, then, is just how many governments voice support for “religious freedom” but too often actually are in favor of something quite opposed to religious freedom in the true sense.

The ministerial was a significant step forward. Religious freedom advocates must now seize the present momentum to gain consensus on what true religious freedom entails and coordinate their efforts to secure it throughout the world.