Facebook Recently Banned Dozens of Accounts in Brazil, and Conservatives Are Crying Foul 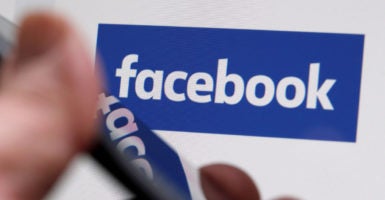 Facebook has more than 100 million users in Brazil, about half of the country’s population. (Photo: Regis Duvignau/Reuters /Newscom) 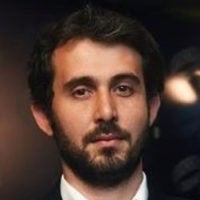 Gabriel de Arruda Castro is a reporter for Veja, a Brazilian news platform.

Conservative groups in Brazil are protesting against Facebook after it banned 196 pages and 87 individual profiles, many of them on the right side of the ideological spectrum.

The Facebook purge has raised concerns that the platform may be pursuing a political agenda in the run-up to the Oct. 7 elections for a new president, a new National Congress, and new state assemblies.

Facebook has more than 100 million users in Brazil, about half of the country’s population.

The Facebook accounts were removed on July 25 without any notification. One of the organizations affected is Brasil 200, a free-market group founded by businessman and former presidential candidate Flavio Rocha.

Other banned pages have links to Movimento Brasil Livre (the Free Brazil Movement), the main grassroots movement behind the massive protests that successfully demanded the impeachment of leftist President Dilma Rousseff in 2016.

Facebook defended the move, claiming in a press release—in Portuguese—that the pages and profiles “were part of a coordinated network that disguised itself using fake accounts and hid from the public the nature and origins of its content, with the purpose of causing division and spreading disinformation.”

The company, however, refused to provide more details to back up its allegations.

After the incident, Congressman Jeronimo Goergen of the center-right Progressive Party, who headed a Brasil 200 anti-corruption effort in the Brazilian legislature, called for an investigation of the issue. “This is unacceptable,” Goergen told a local newspaper, O Estado de S. Paulo.

Ailton Benedito, a federal prosecutor in the Brazilian state of Goias, also has demanded full disclosure by Facebook of the complete list of banned pages and the reasons why Facebook purged each one of them. “The legal and constitutional norms that regulate the internet in Brazil always regard freedom of expression and the right of access to information and knowledge,” Benedito said.

On July 26, leaders of Movimento Brasil Livre organized a demonstration at the Facebook headquarters in Sao Paolo.

Earlier this year, The Heritage Foundation published a lengthy report that concluded that the bloated and centralized federal government has crushed economic freedom in Brazil and fostered a climate conducive to corruption and cronyism.

Let’s hope that such reports will be available—on Facebook and throughout Brazil—to anyone interested in reading them before the October election.