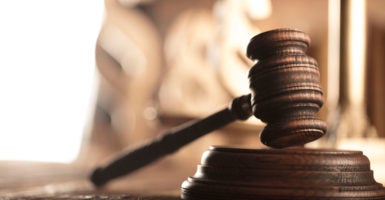 A federal judge ruled that the city of Philadelphia can cut ties with a Catholic Social Services because it won't place children with same-sex couples. (Photo: Zolnierek/Getty Images)

Earlier this month, in a first-of-its-kind case, a federal judge ruled that a Christian adoption provider’s religious freedom claims must submit to the government’s sexual and moral standards.

Catholic Social Services simply wanted to continue serving Philadelphia’s needy children in accordance with its beliefs, as it had for decades, but the city severed ties with the group when it refused to violate its faith and agree to place children in homes without both a mother and a father. A federal court signed off on the city’s stance.

Aside from the preliminary problem of considering a religious organization to be a public accommodation (usually reserved for commercial establishments), the trouble truly started when the court analyzed the organization’s free exercise claim.

As the court recognized, the Supreme Court’s recent opinion in Masterpiece Cakeshop v. Colorado Civil Rights Commission requires cases such as this to “be resolved with tolerance.” But the court then proceeded to settle this one with significant intolerance toward Catholic Social Services.

It glossed over the fact that the mayor of Philadelphia made hostile comments about the specific religious tenets of Catholic Social Services, discounting the statements as “irrelevant” because “comments the mayor made relating to Catholicism do not demonstrate targeting in light of the fact that [the Pennsylvania Department of Human Services] also closed Bethany Christian Services’ referrals intake, a non-Catholic agency.”

So, the court thought the city didn’t show bias because it closed Catholic and non-Catholic providers alike.

The lesson here is that if your anti-Christian bias is spread among denominations, you’re off the hook. Whether negligent or intentional, the court’s oversight of the fact that the religious animus here was directed at religious beliefs regarding same-sex marriage (whether held by Catholics, non-Catholics, or even non-Christians) is quite alarming.

In the court’s mind, religious discrimination is OK as long as it does not consist of “denominational preference and targeting”—which, in the court’s view, didn’t occur here because the city also shut down Bethany Christian Services.

Yet when there are 30 agencies serving children in Philadelphia (a reality the court acknowledges), there is simply no reason to force two of them to violate their beliefs and do the work of 28 others. But this is exactly what the city did. Despite professing “tolerance,” the court affirmed the city’s intolerant actions and turned that concept on its head.

Turning to the Pennsylvania Religious Freedom Act claim, the court shockingly presumed to tell the religious challengers that it knows their faith better than they do.

Incredibly, in the view of the court, putting the choice to Catholic Social Services of either violating its faith or being forced to stop helping needy children in Philadelphia altogether does “not constitute a substantial burden on CSS’s religious exercise.” The court continued, “CSS contends that the provision of certification services for same-sex couples would require CSS to express its religious approval of same-sex relationships in contravention of Catholic teaching about marriage. This is not the case.”

The court tried to back up its assertion by claiming that if “CSS were to certify a couple where one spouse is previously divorced, CSS’s certification would not suggest that CSS approved of divorce as a religious matter.” Actually, it would. Or at least it may. That’s up to the religious organization.

Religious authorities and people of a certain faith get to decide what that faith requires—not those outside of it. Yet presuming to have a say—and dictating what Catholic Social Services believes—is precisely what the court did. This type of intrusion by civil authorities into religious questions is improper and unconstitutional.

Catholic Social Services’ religious belief that a family consists of a mother and a father was substantially burdened in multiple ways under the Pennsylvania Religious Freedom Act. Certainly, the city has “compel[ed] conduct” and “expression” from Catholic Social Services, “which violates a specific tenet [marriage] of [CSS’s] religious faith”—by threatening to exclude the group from the city’s program if it didn’t comply.

These many errors show why we can’t leave these vital matters to be sorted out by judges and why legislation such as the Child Welfare Provider Inclusion Act is needed. Thankfully, just two days before the court’s decision against Catholic Social Services, the House Appropriations Committee authorized such protections.

With a favorable 29-23 vote, thanks to the work of Reps. Robert Aderholt, R-Ala., and Mike Kelly, R-Pa., a new spending bill prevents federal, state, and local governments from discriminating against faith-based groups working in this area, and includes measures to punish such discrimination.

The ruling against Catholic Social Services is a reminder of the threats to the freedom of religious groups operating in the public square. As long as such threats remain, we must continue to fight for freedom for all.