I Used to Hate Guns and the NRA. Then I Was Mugged. 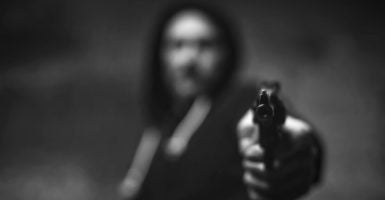 "I donate to the NRA after mass shootings because of the anti-gun left," writes Ryan Moore. (Photo: yacobchuk/Getty Images) 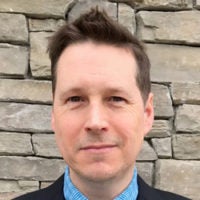 Ryan Moore is a writer, songwriter, and actor.

I’d hated guns since I was a teenager. It was a gun that killed John Lennon, after all. Guns killed President John F. Kennedy, Robert F. Kennedy, and Martin Luther King.

Get rid of the guns, problem solved—or so I thought. In December of 2012, I even tweeted President Barack Obama, urging him to repeal the Second Amendment and “stop” the National Rifle Association. (Never mind that a president can’t do either by himself.)

@BarackObama please repeal the 2nd amendment and stop the @nra.

Then, a little more than five months later, in May of 2013 in San Francisco, I was mugged.

One guy held a gun in my face, and the other held a gun to the back of my head. They took my MacBook Air, two iPads, an iPhone, an iPod Touch, and my wallet.

After that horrific experience, I slowly came to see things from a different perspective. Literally, I would become the personification of the old adage that a conservative is a liberal who has been mugged by reality.

Later, I became a homeowner and realized the best way to defend against a home invasion is with a firearm. So I became a gun owner.

Not long after, I discovered I really enjoyed target shooting at the range, so I joined the NRA, and eventually became a conservative and an outspoken Second Amendment advocate.

But no, that’s not the reason I donate to the NRA. Teen activist David Hogg and actress Alyssa Milano’s anti-gun screeds are what inspire me to donate to the NRA—so that everyone at the NRA can keep working to protect our constitutional rights.

I donate to the NRA after mass shootings because of the anti-gun left. In fact, progressives calling for boycotts of the NRA and for gun bans are why thousands of new people join, and why current members donate more.

The left is the very reason donations to the NRA tripled in February after the horrific school shooting in Parkland, Florida.

When #KillTheNRA was trending on Twitter, I gave 11 NRA gift memberships.

I'm already an @NRA Life Benefactor member so I'd like to give 10 gift memberships to the first 5 men and first 5 women who DM me their name, address and email. Kill the NRA #fail. @JackPosobiec @CassandraRules @PoliticalShort @DLoesch @TomiLahren @EricTrump @DonaldJTrumpJr pic.twitter.com/y5cgYu7fJ6

Super excited 2 receive my official welcome from @NRA & @waynelapierrejr! Thx to my friend & #2ADefender @ryanmoore for gifting my membership 2 me & @JackPosobiec 4 connecting us!

I’m learning 2 defend myself w/#ladysharpshooters of Roswell & a proud member of the #NRA! pic.twitter.com/ik7OrPAwpc

And yes, we should allow teachers to be armed. Across the country, many teachers are being trained and are starting to carry concealed so they can fight back and defend their students.

Let’s give our teachers a chance, rather than having them sacrifice their lives by shielding their students with their bodies. It’s absurd that we protect our stadiums, banks, courthouses—and elected officials—with armed personnel, but leave our classrooms vulnerable to attack.

Just as former NRA instructor Stephen Willeford stepped up during a deadly mass shooting in November at a church in Sutherland Springs, Texas, and saved lives by stopping the gunman with his AR-15, NRA members are ready and willing to risk their lives to save others.

Gun-free zones aren’t the answer, and other gun laws are not working. Most gun control measures tend to disarm law-abiding citizens rather than criminals, who do not obey gun laws.

The NRA was founded in the 19th century and has been fighting for our constitutional rights and educating millions of people on the safe use of firearms ever since.

So in response to the NRA’s fiercest critics: No, we NRA members do not care more about guns than children, and no, the NRA is not a “terrorist” organization.

You won’t meet a more patriotic American than an NRA member—and our numbers are growing.