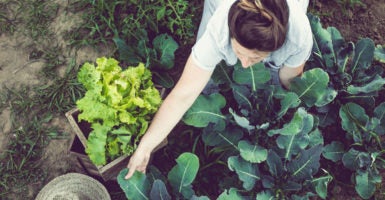 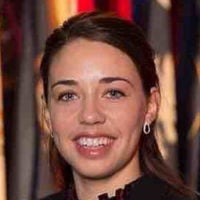 Kalena Bruce is a certified public accountant in Missouri.

Last month, the Trump administration took a concrete step to lower skyrocketing health care costs for middle-class families like mine.

The Department of Labor issued a final rule expanding association health plans, which allow small businesses like my farm to band together with others to negotiate bulk rates on health care costs.

Association health plans are not new, but they have been nearly regulated out of existence over the last decade by state regulations and Obamacare. For instance, Obamacare required small businesses buying coverage through association health plans to offer “essential health benefits,” which are expensive and often include unnecessary frills like obesity screening and drug rehab.

This puts small business plans at a competitive disadvantage with those of their big business competitors, which don’t have to comply with essential health benefits and many other onerous Obamacare regulations. The result: The number of small businesses offering health insurance for their employees fell by about one-quarter between 2010 and 2017.

For my family of three, I now pay $700 a month in premiums, not including the deductible and copays, for Spartan coverage. These cost increases eat a portion of my revenue that would otherwise be reinvested into my business.

Hardest hit have been sole proprietors, which make up about 85 percent of the nation’s small businesses. They’ve been forced onto the individual market, where premiums doubled between 2013 and 2017, according to a report last year by the Departmetn of Health and Human Services, and are set to nearly double again over the next three years. Nearly half of all counties in the country have only one insurer on their health exchanges.

This health care wasteland is likely a big reason why the small business startup rate remains depressed—one of the few economic indicators not to recover from the Great Recession.

Enter association health plan expansion, which puts small business plans on a level playing field with big businesses by freeing them from the most onerous regulations like essential health benefits and those that restrict them from operating across state lines.

And for the first time ever, the rule expands association health plans to sole proprietors. Watch to see if the small business startup rate ticks upward as this longstanding disincentive from striking out on your own is eliminated.

The nonpartisan Congressional Budget Office estimates the new rule will provide health coverage for 4 million Americans, 10 percent of whom are currently uninsured.

While this critique has merit, what’s the alternative? Double down on failing Obamacare plans? The answer to our health care problems is more choices, not fewer.

More than 100 million Americans are small business owners, small business employees, or their family members. They form the country’s economic backbone. That backbone has just been strengthened by the association health plan expansion.