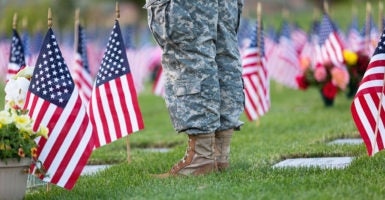 One professor told her students she hopes they find something to celebrate this July 4th. (Photo: MivPiv/Getty Images)

A Colorado professor did not send a standard “Happy July Fourth” out to her students, instead saying she hopes they are able to “find something to celebrate” on the holiday.

University of Northern Colorado sociology professor Kyle Nelson made the remark in an email obtained by Campus Reform.

“Happy 4th of July on Wednesday,” the professor said in an email to her Social Problems class. “Despite all the social problems we are facing and despite a ton of ugliness in our nation’s past and present, I hope each of us can find something to celebrate or honor or at least reflect on over the holiday.”

Nelson did not elaborate on the perceived “ugliness” facing America, but her Twitter page, where she describes herself as an “anti-racist,” “feminist,” and “social justice advocate,” provides some hints as to what she might mean.

“I srsly [sic] can’t w/ this [People Magazine]. Of ALL things an(other) American white cisgender heterosexual?” Nelson said regarding a People Magazine cover featuring country singer Blake Shelton. “In 2017? Of ALL years?!? I like country music ok but soooo many ‘sexier’ options that would’ve been much more accurate, positive, representative.”

“Racist hate monger,” she called President Donald Trump in another tweet. “Get that SOB #NotMyPresident out of White House now. #RESIST.”

“After school today, my 6yo wanted to surprise a teacher who was doing carpool lane duty,” she said. “I froze with the thought- what if that amazing teacher had a gun and drew it on my son upon being startled? 2/ #GunControlNow #NOGUNSinschools.”

After school today, my 6yo wanted to surprise a teacher who was doing carpool lane duty. I froze with the thought- what if that amazing teacher had a gun and drew it on my son upon being startled? 2/ #GunControlNow #NOGUNSinschools

Nelson has taught at the University of Northern Colorado for eight years. She also sits on the board of directors of the Global Refugee Center. The professor did not respond immediately to a request for comment.