Eliminating Identity Politics From the Schools and the US Census 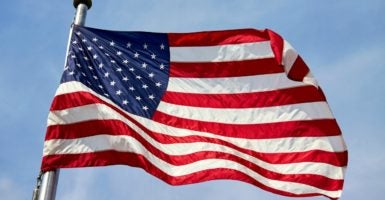 By emphasizing citizenship (but not ethnic ties), the government gives all people, but especially immigrants and their children, the important and inclusive message that it is concerned with their relationship not with the land of their ancestors but with the land to which they now belong.  (Photo: Joe Fox/agefotostock/Newscom)

Just in time for the Fourth of July, the Trump administration announced it is rescinding Obama administration policies that directed universities to use racial preferences in the admissions process. Because this type of discrimination is the gateway drug of the identity politics balkanizing America, Tuesday’s decision is a boost for unity and a setback for those who want to divide Americans.

To be sure, this week’s action is just the beginning, and the left will fight it tooth and nail. But the administration should go even further. Just last Friday, the two of us published a Heritage Foundation paper calling on the administration to stop giving preferential treatment on the basis of “race, color, national origin or ethnicity in any of its programs and activities.”

Indeed, we think that the administration should stop collecting data, including in the census, on artificially created ethnic groups, such as “Hispanics” or “Asians,” which bring together under large umbrellas disparate cultures and races. That would really cut identity politics off life support.

The Constitution is quite clear: The survey is conducted to enumerate the population for purposes of apportionment and direct taxation. Yes, since the first one in our history in 1790, the U.S. Census has asked a question about race—but that has always been something quite incidental to apportionment and taxation.

The question on citizenship, which the administration now wants to bring back, has been asked for much of America’s history, and until recently was uncontroversial.

Reinstating a question about citizenship in the 2020 Census is a small but salubrious step. And it would also help weaken the grip of identity politics, a destructive force that is now racializing all of society.

By emphasizing citizenship (but not ethnic ties), the government gives all people, but especially immigrants and their children, the important and inclusive message that it is concerned with their relationship not with the land of their ancestors but with the land to which they now belong.

By 2017, the census itself would boast that 132 federal programs used Census Bureau data “to distribute more than $675 billion in funds during fiscal year 2015,” a figure which will grow to more $800 billion by the 2020 census. With this much money at stake, it is little wonder that special interest organizations based on race and ethnic identities have sought, often successfully, to control the census.

We can, and should, start to dismantle this entire edifice.

The executive branch should stop collecting data on artificially created ethnic groups and recognize that we are increasingly a mixed-race society. Calling someone “Hispanic” because they have a Spanish surname, for example, makes no sense when his family has been in the United States since the Spanish settlement of southern California three centuries ago.

Neither does classifying someone as black when he is born of mixed-race parents, who may themselves have come from mixed-race parents or may have a “black” ancestor somewhere back in their family’s past. Classifying someone as “Asian,” given the wide array of countries, cultures, societies, and tribal and ethnic groups throughout the Asian continent, also makes no sense.

In addition to eliminating racial or ethnic qualifications, the government should also state that no data on countries of descent of Americans’ ancestry should be used to favor any particular groups in funding, employment, or contracting. The president should issue an executive order ending all race-based and ethnicity-based decision making in the federal government.

A good first step was taken Tuesday. Even the New York Times said the Obama-era “guidance was controversial at the time that it was issued, for its far-reaching interpretation of the law. Justice officials said that pages of hypothetical scenarios offered in the guidance were particularly problematic, as they clearly bent the law to specific policy preferences.”