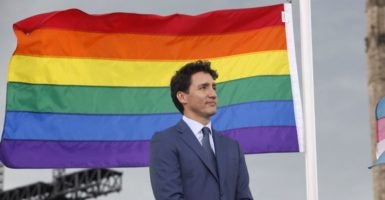 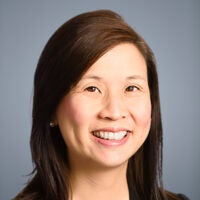 Canada’s Supreme Court recently ruled 7-2 against Trinity Western University, prioritizing sexual orientation over the free exercise of religion. This ruling should serve as a warning flag to U.S. citizens.

Canada was only nine years ahead of the United States in redefining marriage. If the U.S. does not change direction, we could follow in Canada’s footsteps, sacrificing religious liberty for faux-equality and faux-diversity.

The covenant establishes a Christian community that abstains from violence, acknowledges the inherent worth of every person, prohibits cheating, and bans alcohol. The offending clause in this case is Section 4, titled “Healthy Sexuality.”

It states: “Further, according to the Bible, sexual intimacy is reserved for marriage between one man and one woman, and within that marriage bond, it is God’s intention that it be enjoyed as a means for marital intimacy and procreation.”

The dispute over the marriage clause resulted in split rulings in Ontario and British Columbia, forcing the case to the Supreme Court, which decided that the law society possesses “an overarching interest in protecting the values of equality and human rights.”

Although the seven judges in the majority admitted that denying Trinity Western an accredited law school because of its covenant violated its religious freedom, the judges reasoned that the school’s religious belief was of “minor significance” and that the covenant “optional” to the school’s ability to fulfill its purpose.

The court decided that any student who attended Trinity Western’s proposed law school would be so influenced by the covenant that they would be rendered unfit for legal practice.

The two dissenting judges argued that preventing Trinity Western from forming an accredited law school would undermine true diversity in the public square, contrary to the Law Society of British Columbia’s stated mission. They rightly stated, “The purpose of TWU’s admissions policy is not to exclude LGBTQ persons, or anybody else, but to establish a code of conduct which ensures the vitality of its religious community.”

Instead of recognizing that religious liberty should protect Trinity Western’s right to build a community that reflects its religious beliefs, the Supreme Court relegated religious freedom and religious students to second-tier status.

As Brett Harvey, senior counsel with the Alliance Defending Freedom, notes, the U.S. Constitution and the Canadian Charter of Rights and Freedoms are inherently different. Whereas the U.S. Constitution places religious freedom in a pre-eminent position among rights, Canada’s Charter does not secure rights at all. Instead, as Harvey points out, it merely acts as a set of “guidelines” that judges interpret, based on their preferences.

The judges who ruled against Trinity Western did so in the name of “diversity.” In reality, the decision stifles true diversity, creating a counterfeit diversity that attacks differences of thought and religious conviction. In the name of this faux-diversity, Canada has trampled religious freedom and pushed religious believers to the outskirts of the public square unless they conform to the state’s view of sexuality.

All citizens lose when the government restricts the number of choices in the marketplace of ideas. The practical effect of Canada’s so-called “diversity” is economic discrimination against those who hold religious convictions that support marriage between one man and one woman.

Students from Christian schools like Trinity Western who are exceptionally qualified for legal practice will be forced to choose between their dreams of practicing law or their religious beliefs. They won’t be allowed to enjoy both.

The Trinity Western case is strikingly similar to recent cases in the U.S. court system. Fortunately, the U.S. Supreme Court’s decision in Masterpiece Cakeshop v. Colorado Civil Rights Commission allowed Christian baker Jack Phillips to work in his chosen profession without sacrificing his beliefs.  But florists, photographers, videographers, and people who work outside the wedding industry face the same cultural tide that led to the abridgment of Trinity Western’s religious freedom.

Lawyers in the U.S. face a similar threat. Like the Law Society of British Columbia in Canada, the American Bar Association (ABA) is the governing body that accredits law schools and sets ethics standards for practicing lawyers. Like in Canada, the ABA passed Model Rule 8.4(g) in the name of protecting equality and diversity, but it will actually function as a speech code.

As Amy E. Swearer, a legal-policy analyst with the Meese Center for Legal and Judicial Studies at The Heritage Foundation, warned American law students, the rule could become a tool to discipline lawyers who disagree with the ABA’s views on sexuality and the family.

The U.S. Constitution accords a unique status to religious freedom, but the specter of Trinity Western should give all Americans pause. Voters, legislators, and judges should heed the signal from our neighbor to the north that in the wake of marriage redefinition, religious freedom must be robustly protected to ensure that true diversity of thought flourishes in the public square.