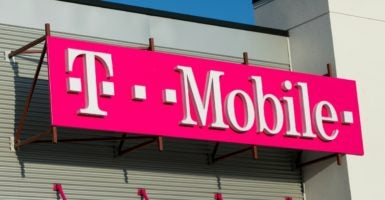 Robert M. McDowell, a former member of the Federal Communications Commission, is a partner at Cooley LLP and an adviser to T-Mobile.

Mergers and acquisitions in the converging communications, media, and internet industries dominated news earlier this month. Following the decision in the AT&T-Time Warner trial and Comcast’s bid for 21st Century Fox, there was a tsunami of speculation about the next big deal.

But while the press is understandably preoccupied with newly announced deals, downstream regulatory disclosures often reveal far more about the effect these transactions will have on American consumers.

The Federal Communications Commission, where I served as a commissioner from 2006 to 2013, occasionally requires the filing of a Public Interest Statement. While little known outside of regulatory circles in Washington, D.C., this lengthy document is a treasure trove of information, with detailed economic analysis and insights from key executives. For those of us in the industry, the filing of a Public Interest Statement on a major transaction is always an event to study.

Last week, T-Mobile and Sprint filed their Public Interest Statement making the case for their merger. Coming in at more than 600 pages, the document leaves no doubt about the substantial public interest benefits this combination will produce for American consumers across the country—of all socioeconomic statuses in both small towns and big cities.

Here is what America needs to know.

The merger will create billions in cost savings allowing the parties to accelerate about $40 billion in capital expenditures by 2021 to build a world-leading 5G network and services—supercharging the New T-Mobile’s deployment of this next-generation technology and making it a more viable competitor in a rapidly changing industry. By 2024, the New T-Mobile nationwide 5G network will have approximately three times the combined 5G capacity and four to six times the standalone speeds of what T-Mobile and Sprint could do standing separately.

This surge of investment will produce for consumers as much as a 55 percent reduction in data consumption cost (on a per gigabyte basis) and as much as a 120 percent increase in data capacity. By accelerating 5G construction in the U.S., the merger will help ensure America’s economy and consumers are among the earliest global beneficiaries of 5G’s transformative attributes. This acceleration will help spur the U.S. to win the worldwide race to 5G.

Furthermore, this massive investment will create thousands of new jobs, from Day One and beyond. The New T-Mobile plans to create 3,000 more direct jobs than the two standalone companies in the first year, with increasing employment year after year. The new company will hire employees to build its nationwide 5G network, provide customer care, and support new or expanded services such as in-home broadband, video, “internet of things,” and enterprise services.

In fact, by 2024, the New T-Mobile will have hired over 11,000 new direct employees. And the merger and responses from Verizon and AT&T will add thousands more jobs in the broader economy resulting from accelerated 5G deployment—a clear win for the American economy and American workers.

Some of these jobs will benefit rural America, where the New T-Mobile is prioritizing expansion. But that’s not the only way rural Americans will benefit from this merger. Millions of rural Americans currently lack access to fixed high-speed broadband service, but the New T-Mobile and its 5G network will deliver high-speed, in-home broadband service of at least 25/3 Mbps to 52 million rural residents—approximately 84 percent of rural residents—bringing more choice and competition to these areas.

Finally, T-Mobile’s “Un-carrier” moves like bringing unlimited data to consumers, nixing two-year service contracts, and offering free international roaming have earned it the reputation of a maverick. The New T-Mobile will aggressively continue its maverick strategy to bring new customers to its new 5G network. The New T-Mobile will have an incentive to acquire and maintain additional customers to consume the combined entity’s expanded network capacity.

While discussions of the next big deal(s) will take center stage, Americans should look to the future to decide for themselves how these mergers will affect consumers. For the T-Mobile-Sprint merger, I invite you to read the Public Interest Statement in full and see the clear benefits the New T-Mobile will bring to all Americans and help the U.S. maintain its global lead in mobile technology.