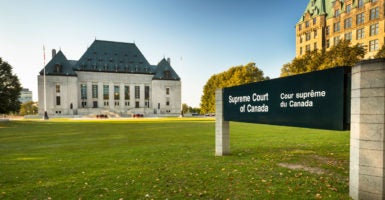 The Supreme Court of Canada ruled that law societies can withhold licenses from lawyers simply because they attended a religiously-based law school. (Photo: Pgiam/Getty Images) 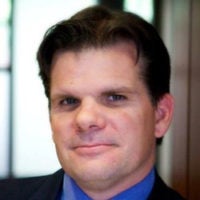 Brett Harvey is senior counsel with Alliance Defending Freedom, whose allied lawyers represented multiple groups in the Trinity Western University cases over several years, including the submission of written filings and oral arguments.

This September, I am sending my son from the Arizona desert to the rolling green hills and snowcapped mountains of the Pacific Northwest in Langley, British Columbia, to attend Trinity Western University.

It’s the same university that was just informed by the Supreme Court of Canada that the government may deny a license to its law school graduates because the school holds Christian values.

My son was drawn to Trinity Western because of its reputation for academic excellence, a degree program focused on his field of study, and his desire to be part of an authentic community. But he also wanted to attend a school that was Christian in more than name only, as is the case with so many top private universities in the United States. He wanted to study and grow with people who take their faith seriously and won’t wilt when criticized.

My son is not alone. Even the justices on Canada’s highest court recognize that “members of the [Trinity Western] community sincerely believe that studying in an environment defined by religious beliefs in which members follow particular religious rules of conduct contributes to their spiritual development.”

Trinity Western is an authentic community that embraces a true understanding of diversity and tolerance. While the school expects all students to abide by the code of conduct informed by the standards that define the community, it encourages and accepts students from diverse backgrounds and perspectives.

The high court acknowledged this, noting, “students may, and in fact do, hold and express diverse opinions on moral, ethical, and religious issues and are encouraged to debate different viewpoints inside and outside the classroom.” That is the definition of true tolerance.

Trinity Western is a premier academic institution that draws students from around the world. In 2013, the Federation of Law Societies of Canada confirmed that the school curriculum met the national academic and ethical requirements to produce quality lawyers, and its record of producing top graduates who serve everyone with integrity and professionalism is not in question.

So why did Trinity Western lose in court?

Because asking all students to agree to abide by a code of conduct that limits sexual intimacy to acts between a man and a woman bound in marriage was deemed inconsistent with the court’s sense of “equality.”

The unquestioned competency and integrity of Trinity Western graduates was immaterial in the eyes of the court, which ruled that someone can be denied access to a profession simply because they attended a school that held conservative religious beliefs on marriage.

This decision exposes a stark contrast between the protections contained in the U.S. Constitution, which limits the authority of the government, and those of the Canadian Charter of Rights and Freedoms, which effectively provides only guidelines for Canada’s governing authorities.

The U.S. Constitution ensures that the government may not infringe the inalienable rights identified in the Declaration of Independence and codified in the Bill of Rights. When the government violates constitutionally protected freedoms, that action is presumed improper unless the government can meet an exacting standard. That is why, in the U.S., religious universities can establish their own codes of conduct and still participate in society.

But as the Canadian court explained in its decision, “Charter values [equality, human rights, and democracy] have been recognized as an important tool in judicial decision making.” And when an administrative decision, such as denying a license to Trinity Western law students, impacts the “rights and values” contained in the charter, there must be a “proportionate balancing” of charter protections—and the impact on those protections “must be proportionate in light of the statutory objectives.”

That’s legal jargon that essentially means state actors are only obligated to protect the rights guaranteed by the charter—like religious freedom—to the extent they don’t interfere with their own interpretation of certain “values,” like equality, and the intent of lawmakers.

So rather than the charter securing actual “rights,” it’s more like a list of ideals that can be limited or ignored when judges dislike them or find them politically inconvenient.

Using the values of judges and the intent of lawmakers to justify limiting fundamental rights is a convenient recipe for subjecting citizens to the whims of the ruling class. Privileging the desires of the politically powerful can quickly lead to authoritarian rule, severely curbing the freedoms that belong to the people.

In the case of Trinity Western, the demand for “equality”—as conceived by government elites—has been used to justify excluding those who seek a conservative Christian education from participating in the legal profession.

So it is with trepidation that I send my son to study in a community that holds to commitments and values at odds with the demands of Canada’s authoritarian elite. But I am proud to see my son display the courage to follow his own path.

Yet I can’t help but wonder: What other professions in Canada will soon be off-limits to those who hold conservative religious values?

Exclusion from professions and denial of social opportunities are just some of the consequences of allowing freedom to slip away. We ignore decisions like the Trinity Western ruling at our peril.