Oregon Forced Us to Close Our Cake Shop. Here’s What the Masterpiece Decision Means for Us. 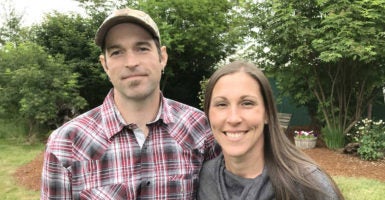 Aaron and Melissa Klein were fined $135,000 by the state of Oregon after declining to bake a custom cake for a same-sex wedding due to their religious beliefs. (Photo: First Liberty Institute) 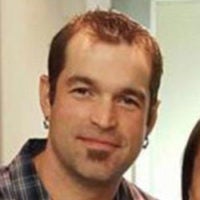 Aaron Klein is the husband of Melissa Klein. Together they ran the bakery Sweet Cakes by Melissa until it was forced to close in 2013. 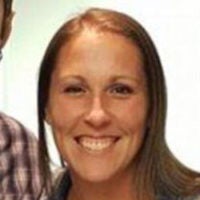 Melissa Klein is the wife of Aaron Klein. Together they ran the bakery Sweet Cakes by Melissa until it was forced to close in 2013.

We are thrilled for our friend, Jack Phillips, the owner of Masterpiece Cakeshop who recently won his case at the Supreme Court.

Like Jack, we know what it is like to be treated unfairly by a state agency and mocked, threatened, and abused by critics. We can only imagine the relief Jack is experiencing.

At the same time, we wonder what the future holds for our case, our lost business, and our family. Ours may be, as Justice Anthony Kennedy wrote, the case that allows “further elaboration in the courts.” And we are encouraged to know that seven justices of the Supreme Court agree that a state’s hostility to the religious beliefs of its citizens will not be tolerated under the First Amendment.

In one sense, Jack’s case is very similar to ours. We too declined to create a custom cake that would have required us to express a message our faith teaches against. And, like Jack, we faced a commissioner—Brad Avakian, commissioner of the Oregon Bureau of Labor and Industry at the time—who was hostile to our religion and biased in his consideration of our case.

The Oregon Constitution allows religious exemptions from laws that are generally applicable, but Avakian ruled that out from the very beginning. Can he really be presumed to be fair and neutral when he said our business was unlawfully discriminating before he had even heard our case?

In the same interview about our case, Avakian revealed what may be his true motive for punishing us: “The goal is to rehabilitate.”

Well, his actions led to the closing of our business. That hardly seems like rehabilitation. But, is it really the state’s job to determine whether or not our religious beliefs need to be rehabilitated?

We agree with Kennedy who wrote of Jack’s unfair commissioners that such anti-religious “sentiment is inappropriate for a commission charged with the solemn responsibility of fair and neutral enforcement of [a state’s] anti-discrimination law.”

But in another sense, our case is not exactly like Jack’s case. We were penalized $135,000 for the “emotional damages” we caused by politely explaining our religious convictions and why we could not create a custom cake to celebrate a same-sex ceremony.

The outrageous magnitude of that penalty—based largely on the fact that we dared to quote in our business the scriptures we hold sacred—is, we think, the type of anti-religious bias Kennedy had in mind when he determined that Jack’s commissioners “violated the state’s duty under the First Amendment not to base laws or regulations on hostility to a religion or religious viewpoint.”

We hope the justice system will undo the damage Avakian’s lack of respect and neutrality has inflicted upon us. When the government acts with hostility to someone’s religion or religious beliefs, citizens take that as license to treat one another with even greater hostility.

While Avakian was publicly judging our religious beliefs, Nicole B. voiced her opinion on Facebook: “I hope your shop burns and you never make another cake, wh—.”

Matthew M. wrote: “If being a Christian means being a prejudiced, stupid piece of s—, you both are great Christians!”

But Briana T.’s was one of the most painful to read: “We hope your children get cancer and die … . You are worthless.”

Beyond that, our business was shut down, our vehicles were vandalized, our home was broken into, and we have received more death threats than we care to count.

We recognize that good people will disagree with each other from time to time, but we agree with Kennedy that, whether before a state agency or in the court of public opinion, “these disputes must be resolved with tolerance, without undue disrespect to sincere religious beliefs.”

America’s commitment to free speech and religious liberty has provided space for each of us to disagree with one another, but, at the end of the day, to coexist peacefully as neighbors. It is this tolerant respect for the varied beliefs and opinions of our neighbors that makes us such a great country.

For now, we wait and hope that, like Jack, one day a court will correct the religious hostility we suffered at the hands of Avakian and recognize, as Justice Neil Gorsuch wrote in his concurring opinion, “[t]he Constitution protects not just popular religious exercises from the condemnation of civil authorities. It protects them all.”