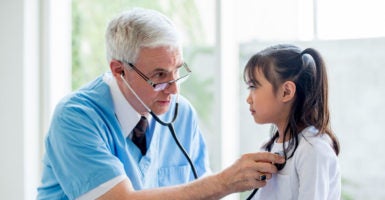 The president's rescission proposal would rescind funds that will never actually be used on children’s health insurance. (Photo: FatCamera/Getty Images) 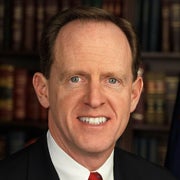 Pat Toomey is a Republican U.S. senator from Pennsylvania.

Following the president’s rescissions proposal, it’s not surprising there has been some confusion surrounding what it would and would not do. The term “rescission” itself is budgetary jargon rarely heard outside the Beltway, and it is apparently rarely understood even within it.

That’s why it’s worth clarifying the most controversial—and most mischaracterized—component of the president’s request: the $6.8 billion in proposed rescissions from the Children’s Health Insurance Program (CHIP).

The key point to know is this: The rescission would not cut spending on children’s health insurance or reduce coverage in any way. Let me repeat: Not a single child would lose care and not a single hospital or doctor would lose a dime.

But don’t take my word for it. This fact has been confirmed by the nonpartisan Congressional Budget Office.

These rescissions instead prevent Congress from using the Children’s Health Insurance Program to subvert our annual budget process and increase spending elsewhere on unrelated programs when no one is looking.

Every single year since 2011, Congress has rescinded money from the Children’s Health Insurance Program. This is not because Congress decides partway through each fiscal year that it no longer supports children and wants to take their health care away. Rather, because the program is politically very popular, it serves as a perfect vehicle for the largest budget gimmick currently on the books.

Each time Congress has reauthorized the program in law since 2009, it has dedicated funding far beyond what the program actually needs. For example, for fiscal year 2016, Congress authorized $23 billion for the program even though it only spent $14 billion. 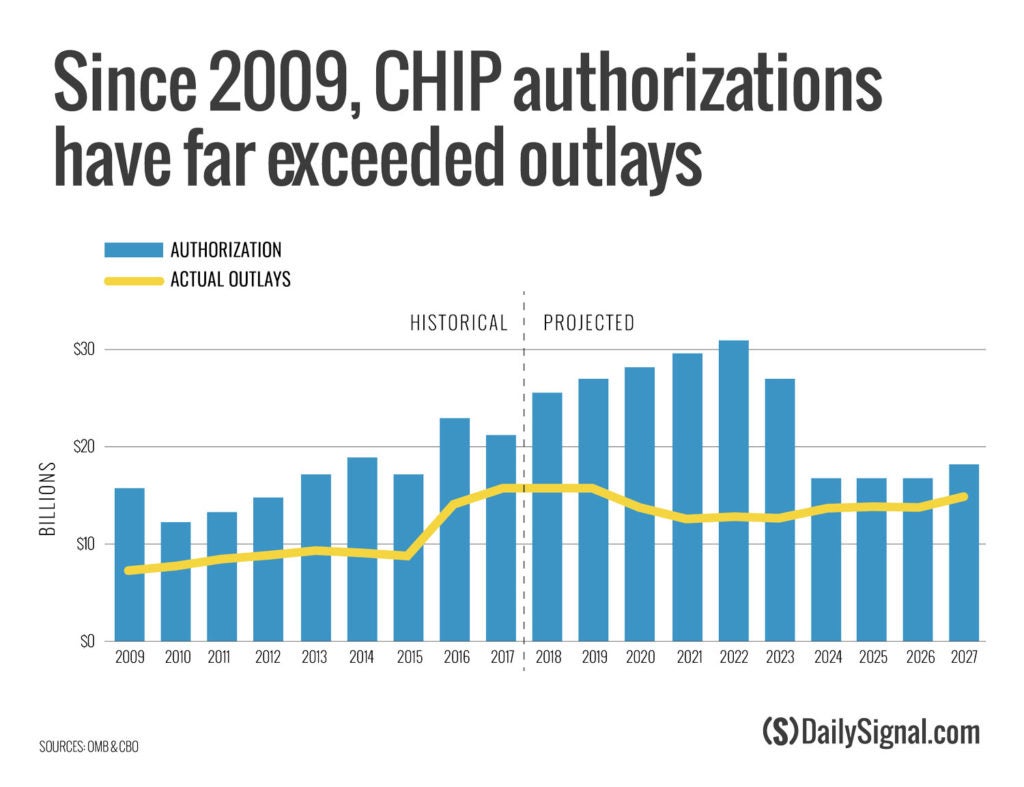 This intentional overfunding makes it possible for Congress to rescind, later in the year, those unspent funds and shift them to unrelated programs elsewhere in the budget.

That unrelated spending would, by itself, be blocked because it would violate spending limits. But by rescinding spending from the Children’s Health Insurance Program—spending that was never actually going to happen—our budget rules count it as an offsetting spending reduction. This keeps total spending under the budget limit and thus makes the other increases allowable.

This gimmick adds up. According to the nonpartisan Congressional Research Service, Congress has shifted $46.4 billion in taxpayer money from the Children’s Health Insurance Program to unrelated programs since 2011.

An even more specific example of this budgetary legerdemain occurs with something called the CHIP Child Enrollment Contingency Fund. Newfound opponents to rescissions focus on this particular fund, claiming its full funding must be maintained to assist states when something unpredictable happens, such as a recession or natural disaster.

Since 2009, Congress has deposited into this emergency account a total of $11.4 billion. States have spent just $108 million of it. That’s right—less than 1 percent over almost a decade has been spent. The rest of the money is a slush fund for unrelated spending.

It would be too generous to presume that critics of the president’s proposal have suffered a simple lapse of memory. On March 23 of this very year, 65 senators, including 40 Democrats, voted to rescind $6.8 billion from the Children’s Health Insurance Program, including $3.1 billion from the supposedly sacrosanct Child Enrollment Contingency Fund.

The fact of the matter is Congress has been all too eager to rescind money from the program, as long as it can spend it elsewhere.

The president’s proposal is simple: Let’s fully fund children’s health insurance. His plan would even leave $500 million in the Child Contingency Fund for the last five months of this fiscal year—an amount that is five times more than has ever been spent in the fund’s nine-year existence.

But by rescinding funds that will never be used on children’s health insurance, the president is also proposing that Congress be slightly more honest and diligent about where it spends taxpayers’ money. That’s something we should all be able to agree on.