The Diplomat Who Took US-Swiss Relations to New Heights 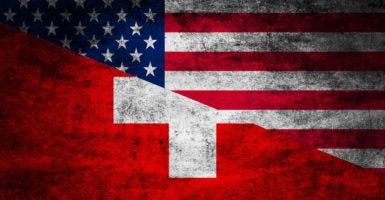 Faith Ryan Whittlesey, a top aide to President Ronald Reagan and a two-time ambassador to Switzerland, died May 21 at age 79.

As Heritage Foundation President Kay Coles James reminded us, Whittlesey “leaves with us an incredible legacy of service, strength, and grace—a wonderful role model for conservatives coming up in the movement.”

No one shaped the relationship between the U.S. and Switzerland in recent decades more effectively than Whittlesey. As Die Weltwoche, a Swiss weekly magazine, pointed out, she was “the ambassador who cultivated the strongest relations between Switzerland and America since the Second World War.”

Indeed, Whittlesey’s legacy of advancing U.S.-Swiss ties is reflected in the dynamic and mutually beneficial relations between the two countries. Sharing common democratic values, free-market principles, and even similar constitutions, Switzerland and the United States have long been recognized as sister republics.

As noted by Heritage Foundation founder Edwin Feulner, Whittlesey’s “leadership in reminding Americans why Switzerland is such an important friend to us has been the bedrock of our relationship.

On the economic front, the United States and Switzerland have long been dynamic, value-adding partners. The two allies are closely linked, with mutually beneficial trade and investments through numerous subsidiaries of Swiss and U.S. companies.

According to the latest data, a combined 730,000 American jobs were supported by the strong trade and investment relationship between the two economies.

Swiss affiliates accounted for 460,000 of those jobs, followed by almost 200,000 American jobs from services exports to Switzerland and 70,000 U.S. jobs supported by goods exports.

With respect to research and development, Switzerland is the United States’ largest foreign direct investor—a fact that demonstrates the exceptional contribution of Swiss companies.

The dynamic relationship between the U.S. and Switzerland offers a practical example of how international trade and investment can strengthen and advance economic ties between nations, creating jobs and amplifying prosperity through partnership.

Without question, Switzerland is a competitive and dynamic economic partner for the United States.

According to The Heritage Foundation’s Index of Economic Freedom, Switzerland is the fourth-freest economy in the world. The country’s openness to foreign trade and investment continues to provide real stimulus for a dynamic and resilient economy.

A sound regulatory environment and the absence of barriers to trade have helped create in Switzerland one of the world’s most competitive and innovative economies, reinforced by well-secured property rights that promote entrepreneurship and productivity growth.

Whittlesey once noted that “the importance of Switzerland far exceeds its size.”

The country’s commitment to free-market capitalism has played a major role in that influence and makes Switzerland an ideal partner for an America seeking to reassert and deepen its own commitment to economic freedom.

Perhaps in the spirit of the legacy of Whittlesey, it’s time to explore the possibilities for further elevating the U.S.-Swiss trade and investment partnership with a market-opening agreement that would put Switzerland on the same footing as our other free-trade partners.