Why Kanye West and More Black Americans Are Supporting Trump

Kanye West surprised the American music scene by dropping a single, “Ye vs. The People,” in which he and fellow rapper T.I. go back and forth about their political views. (Photo: USA Today Sports/Newscom) 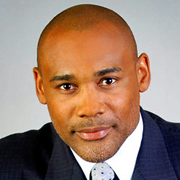 Kanye West surprised the American music scene by dropping a single, “Ye vs. The People,” in which he and fellow rapper T.I. go back and forth about their political views.

Some are calling his vocal support of President Donald Trump nothing more than a publicity stunt. But even if that’s true, West is bringing attention to some very important issues.

At what point did Trump become such a villain and the blame for everything and everyone’s problem?

An article from Revolt TV points to over 35 positive rap references to Trump, including Jay Z, Ice Cube, Fat Joe, Lil Kim, Nicki Minaj, and Meek Mill. You get my point.

FiveThirtyEight did a study on 266 hip hop songs and lyrics referencing Trump and Hillary Clinton. From 1989 until 2015, Trump was positive and represented money, power, and what many strive to achieve, including “Listen I ain’t from the slums, I fought my way up out the slum / Arrogant rich n—- , we might vote for Trump,” Cam’ron rapped on “Dope Spot” in 2015 .

Most references to Clinton were negative, including “Never Put Your Trust in Hillary Rodham”.

Even some of the most recognized black leaders, including Jesse Jackson and Al Sharpton praised Trump for his diversity efforts. Trump endorsed Jackson in his failed attempt to run for president years ago.

So something besides just ideological differences has to be going on here, right?

Is it Trump? Is it the Republican Party? Is it the policies he represents? Most people I ask give reasons that are personal, as well as what they’ve heard through liberal media.

In the song West said, “See that’s the problem with this d— nation / All Blacks gotta be Democrats, man, we ain’t made it off the plantation.”

And while I wouldn’t put it quite the same way, I do believe many of the policy priorities so strongly supported by the left do more to keep people poor than they do to lift them out of poverty.

According to Forbes, “Welfare offers short-term help and long-term poverty.” The first failure of government welfare programs is to favor help with current consumption while placing almost no emphasis on job training or anything else that might allow today’s poor people to become self-sufficient in the future.

It’s hard to argue against policies that will reduce energy poverty for black and minority communities, or to defend why you dislike Betsy DeVos and K-12 education policy under this administration promoting school choice when your child attends private school.

Opportunities to pursue the American dream without worrying that an occupational license scheme will keep you from starting your own business have become a cornerstone of conservative policy, and the opportunity to receive justice under the law and take mental health into consideration is getting more and more attention every day.

These are policy priorities of the Trump administration and issues I was in favor of long before Trump became a candidate. These are issues that most African-Americans and other minorities believe in.

I rode a bike and delivered newspapers every morning from sixth through 12th grade and earned a football scholarship.

I’ve also been a small business owner under Presidents George W. Bush, Barack Obama, and Trump. These and other experiences have allowed me to see life through a different lens.

For me, there’s no comparison. We’ve been more successful as a small business and family under these Republican administrations than under the Obama administration. That’s why I believe in opportunity over handouts, and empowerment over entitlements.

When it comes down to it, it’s about opportunity, and that’s something we should all get behind. However, like many other blacks who have spoken out in support of the Trump administration, I’ve been called names, lost friends, and gotten all sorts of clapback because I see things differently.

I’m a husband and father whose children are taught to respect everyone’s point of view—even if you don’t agree. But more and more, those who don’t follow the narrow box built for us by the left are written off as crazy.

However you choose to vote, we should all be able to agree to respect each other. Just because we disagree doesn’t mean we’re enemies. So, do you, Kanye West! And props for speaking your truth. We should all feel comfortable doing the same.