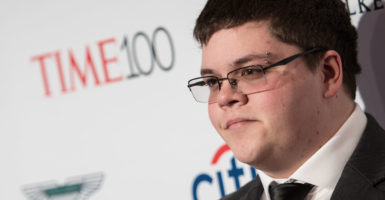 A federal judge ruled that a transgender student can challenge the district’s bathroom access policies under federal civil rights law and the Constitution.(Photo: Steven Ferdman/Sipa USA/Newscom)

A Virginia public school district will pursue an appeal after a federal judge ruled that a transgender student can challenge the district’s bathroom access policies under federal civil rights law and the Constitution.

Gloucester County Public Schools asked U.S. District Court Judge Arenda Wright Allen to allow its appeal on Friday. Allen’s late May decision allowing the student to bring a case against the district was not a final judgement, meaning the district must secure Allen’s approval before filing an appeal.

Though appellate review before final judgement is limited to a narrow range of issues, lawyers for the district argue it is appropriate here, because the appeals court’s decision will essentially determine the outcome of the case.

The American Civil Liberties Union, which represents the plaintiff, consented to the motion. If Allen agrees, the case will proceed to the 4th U.S. Circuit Court of Appeals.

“We think the vast majority of courts have already ruled that these sorts of discriminatory polices violate [federal and constitutional protections],” ACLU lawyer Joshua Block told The Associated Press. “And we’re confident the 4th Circuit would agree.”

Allen denied the district’s motion to dismiss on May 22, finding the student can sue the system for violating the Constitution’s equal protection guarantees and Title IX, which forbids sex discrimination in education.

The case was occasioned when a transgender student named Gavin Grimm began using the men’s restroom at his public high school. Grimm is a trans man. District policy provides that trans students must use the bathroom corresponding to their birth gender or an alternative all-sex bathroom.

Grimm’s case reached the U.S. Supreme Court in 2016, but the justices punted on the dispute after the Trump administration withdrew Obama-era guidance that advised public schools that Title IX requires administrators to allow students access to the bathrooms of their choice.